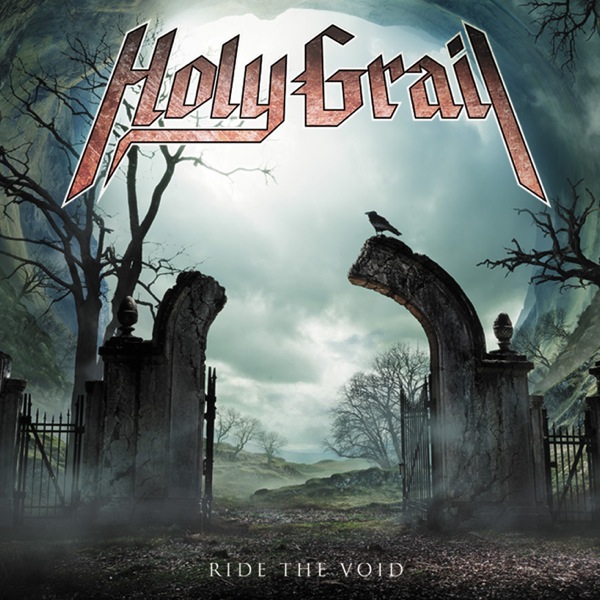 Flag bearers of the Los Angeles heavy metal scene for the past five years, Holy Grail have been on a rapid rise in recent times, putting out a hugely impressive debut full-length ‘Crisis In Utopia’ in 2010 and subsequently plying their trade on stages across the North American continent and beyond. At the dawn of 2013, they released their second album ‘Ride The Void’ via Prosthetic Records, an album that strongly showcases the band’s musical expansion and definitely does not suffer from the so-called ‘sophomore slump’. The level of guitar playing demonstrated by Eli Santana and Alex Lee has gone up several notches in comparison to the band’s previous work, resulting in tunes that sound more melodic but at the same time are full of technical wizardry as the duo rips through fast-paced solos and harmonies at will. The rhythm section of Blake Mount on bass and Tyler Meahl on drums is more audible and prominent than ever before, and in terms of the vocals, frontman James Paul Luna has expanded his palette noticeably. Although this album does have a musical link to their past work, Holy Grail have almost completely shed the ‘old-school’ tag that’s been associated with them and have incorporated a lot more of shred and modern metal elements, which is perhaps what’s helped them take that next step and break out to bigger audiences. With tunes like ‘Bestia Triumphans’, ‘Dark Passenger’, ‘Bleeding Stone’ and the title track, the album hits the listener extremely hard right from the outset, and continues offering tracks that blend and flow together excellently. The final track is a very maturely executed ballad ‘Rain Of Sorrow, bringing an end to one of the catchiest and most well-rounded albums released in 2013, almost forcing the listener to hit the repeat button instantly. With ‘Ride The Void’, the boys in Holy Grail have hit the proverbial nail on the head and seem destined for great things in the coming year.

Track Listing:
1. Archeus
2. Bestia Triumphans
3. Dark Passenger
4. Bleeding Stone
5. Ride The Void
6. Too Decayed To Wait
7. Crosswinds
8. Take It To The Grave
9. Sleep Of Virtue
10.Silence The Scream
11.The Great Artifice
12.Wake Me When It’s Over
13.Rains Of Sorrow