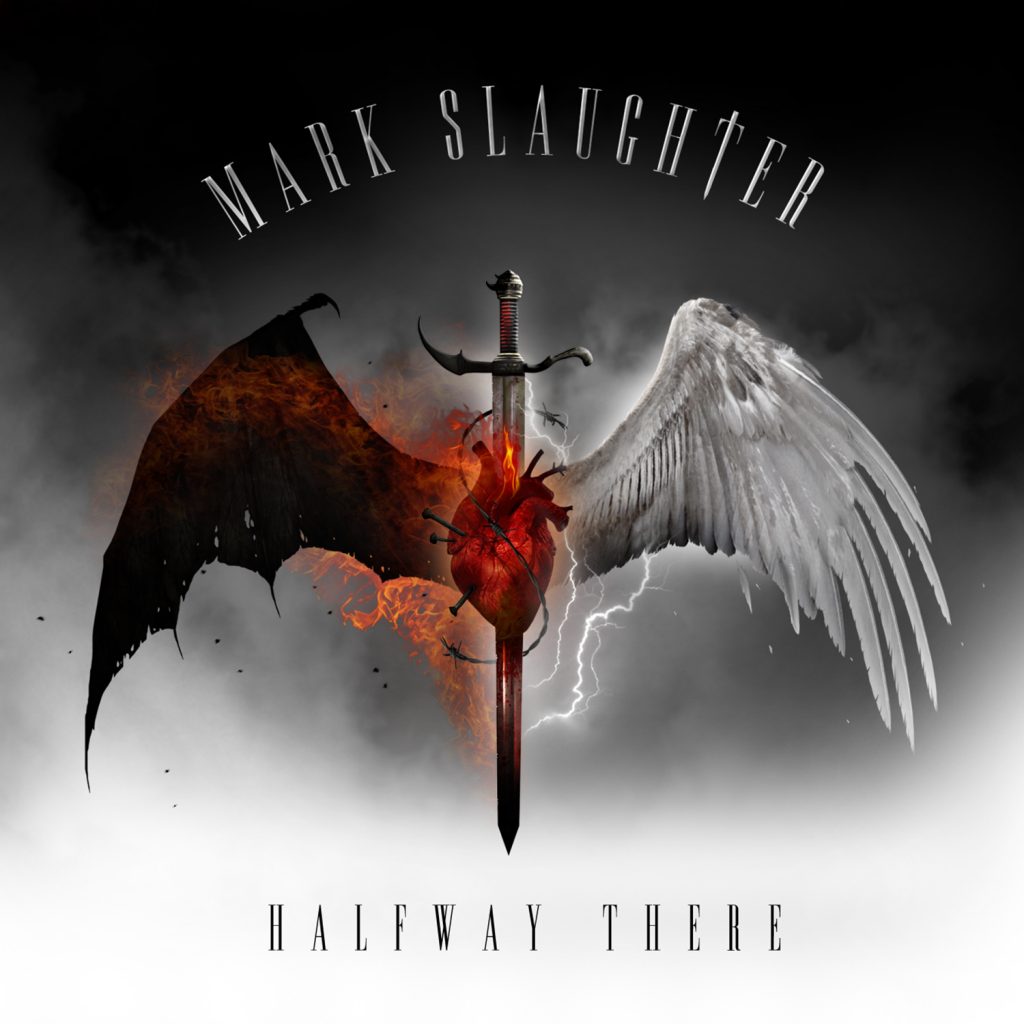 In the late ’80s, the glam metal band Slaughter emerged from the Mojave Desert. The Las Vegan group saw success with frontman Mark Slaughter at the helm. They still tour today, but haven’t released any new music in years. Mark, with his limitless creativity, started a solo career in 2015. His second solo album ‘Halfway There’ is ready for release, and is an enduring, charismatic follow-up to his first record, ‘Reflections In A Rear View Mirror’. Grabbing the attention of the scene with his unwavering determination and skill, Mark Slaughter’s new record proves the relevance of rock n’ roll.

Energy and fire warm your senses as the record bursts open with the song ‘Hey You’. Exuding that ‘pump up’ sound, the mesh of ’80s metal and modern hard rock works perfectly. Groove with precision is a delicate combo, but one that is effortless for this legend. Mark Slaughter’s vocals shine with their classic edge wrapped in nostalgia and precision. The production is well balanced with considerable care given to the tone and sound of each instrument. Everything played is heard and celebrated. It’s rare when the listener can understand every lyric on a record, but Mark’s articulation and emotion clearly conveys his stories about life.

‘Devoted’ is one of the album’s heavier tracks with some raw riffs and a slight sleaze factor. With groove and glam, Mark captures a platform of weightiness and gracefulness. The drums are timeless and the bass line roars giving the song their final heavy touch. You can hear the influence of the greats like Journey, Bon Jovi and The Beatles in his sound. The fun, carefree vibe of the whole album is refreshing and reassuring that musicians can still enjoy what they do. Tracks like ‘Supernatural’, Conspiracy’, and ‘Disposable’ show off the real variety on this record. Mark explores all kinds of areas like funk, punk, and sludge while keeping things catchy and contagious.

The heavier songs on this album, like ‘Reckless’, prove that vocalists don’t need to growl to be brutal. Mark’s melodic vocals can be mean and meaningful at the same time. Even the guitars can pinpoint emotion and play headbang-worthy solos by being poignant and precise. The last two tracks ‘Turn it’ and ‘Not Here’ show the softer side of the album. The genuine approach of conveying thoughtful reflections of life is potent on both of these tracks. The album ends with a big meal leaving you full and happy with its satisfying substance. Whether the soft or heavy side, both express a stylish intensity and energy that is signature to the Slaughter sound.

‘Halfway There’ is an approachable and enjoyable Mark Slaughter album that sends out a lot of positivity, affection, and rock n’ roll. Go grab a copy and listen to what real talent sounds like.