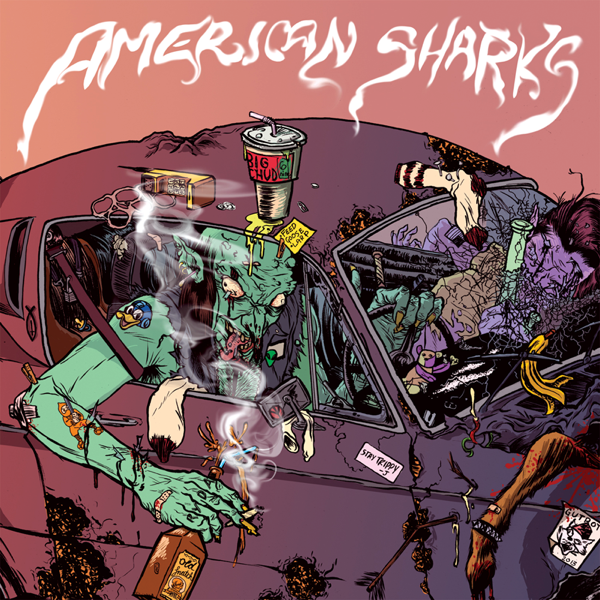 Based out of the vast reservoir of creativity that is Austin, Texas, American Sharks is a punk-infused rock n’ roll band that brings a true party vibe with their beer-fueled brand of fast, heavy music. They toured North America alongside The Sword and Gypsyhawk in late 2012, and released their self-titled debut album this year in September via The End Records, following which they’re now on another North American tour with The Sword, this time with Clutch as the headliner. Lo-fi production, old-school riffs, fuzzy bass tone and fun-filled lyrics delivered with aplomb are the main characteristics of this extremely short but precisely awesome 20-minute debut album. It’s nothing out of the ordinary, or not a reinvention of the proverbial wheel, but it’s simple, to-the-point and fun, which makes it one of the most worthwhile releases of 2013. It’s very easy to get hooked to this album, and due to its length, or lack of, pressing the repeat button is almost a given.