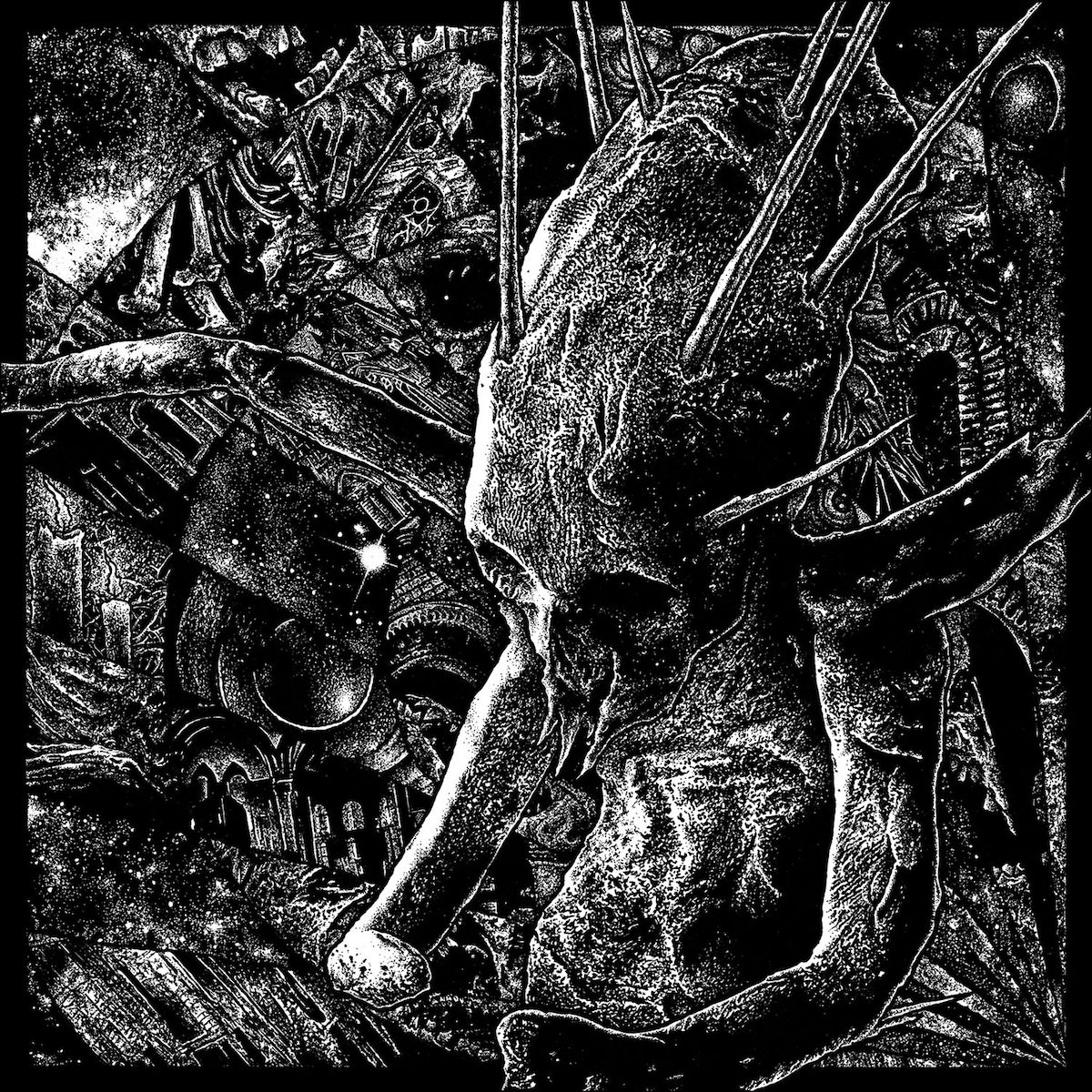 Poison Blood is a minimalistic, lo-fi black metal band introducing themselves to the world with their self-titled debut EP. Poison Blood strips down the black metal to a simpler death rock; riffage that rings with a punkish flair with its gritty repetition co-opted by dungeon synths. This results in a tone very similar to what one would expect to play in the bowels of Dracula’s castle. Black metal is typically filled to the brim with burning riffs and destructive vocals alongside drumbeats that sound like what meth would play if it was a drummer. Poison Blood pulls back on the fury that resides within black metal songwriting and doubles down on the dark aggression, and it works wonderfully.

Some of the work in this EP reminds me of stoner metal riffs, and from the first track ‘The Scourge and The Gestalt’ you’ll notice how the guitar focuses on a more laid back style of aggression. The fury is not in the speed of the music, but the atmosphere created. Poison Blood’s embracing of death rock and dungeon-synth while infusing lo-fi, minimalist black metal creates a chilly, dank atmosphere.

There’s definitely a strong punk approach in the songwriting, tracks such as ‘A Cracked and Desolate Sky’ and ‘Deformed Lights’ pump out punk-laced riffing that enhances the aggressive and minimalistic atmosphere of Poison Blood. As the EP plays on, it’s a mostly straight forward trip through the world created by the band. It’s great that Poison Blood put some versatility into the songwriting with its punkish black metal approach since it gives them plenty of room to work with. It keeps the EP from sounding one-note, and although punk is repetitive in nature, Poison Blood keeps it fresh with subtle tonal shifts here and there.

Aside from a couple of tracks, a few of the songs somewhat blend together, but that’s not a knock on any of the tracks as they’re all really good, though as a whole you may not find any particular track that shines through the EP. But this being the debut release from the band, Poison Blood does a fantastic job with first impressions.

Poison Blood is a dark-sounding record that embraces a chilling aggression founded by a lo-fi, black metal approach that will engage you from start to finish.