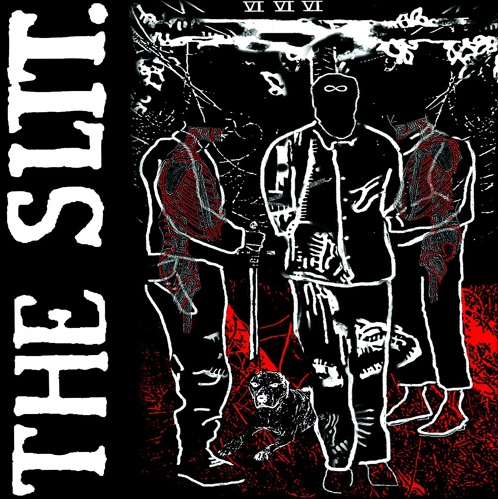 Have you been wondering what bands out there in the heavy metal and rock scene in local Los Angeles are worth a listen to these days? Well, there are plenty if you take the time to seek them out. The excitement in the modern music released these days is most often found in the mix of genres some of the bands are gaining interest in. Southern California’s The Slit straddles the line between hard rock and heavy metal while also keeping one foot in the grunge world with some of the guitar elements as well as some old school punk ideology in the vocals. On May 1st 2017, they released an 8-song album called ‘VI VI VI’ and have been out and about in the local scene to debut these new songs.

The Slit consists of Dustin Leggit on vocals, Mike Mcgrogan on drums, plus the recent addition of Thad Coleman on bass and Rob Ogles on guitars which has rounded out the talent here to an overwhelmingly professional level. Even with this band’s first full length album release and only two year duration of existence, there are plenty of unique aspects of The Slit that push them out of the ordinary and capture the attention of their fans, including the structure of the vocal mash ups with the changing style of the tunes that bring a psychedelic metallic twist into a grunge enhanced hard rock playground.

The album starts with ‘Powder’ which captures some of the darkest grunge melodies reminiscent of early Nirvana but with its own stylistic flair and there are also some punk elements at play as well throughout the album. The guitars teeter on the edge of rock and metal, and bring a grinding rage stemming from a melodic tonality. Flowing into the tune ‘Run’ there are definitely elements of intriguingly tortured vocals throughout to aid in the concept of mystery and turmoil with the wah driven guitar riffs to keep that hard rock old school nineties flair.

Diving into a more melodic echo effected vocal style and aggressive riffs with ‘Elephant’, ‘Beg’ and ‘Peroxide’, the hard edged beats provide an accelerated grind that carries deep within. Screeching into the last track ‘Nowhere’ that exemplifies the very individually characteristic aggressive and freeing attitude of the beast within Dustin’s vocals, this song also captures the most punk driven elements. 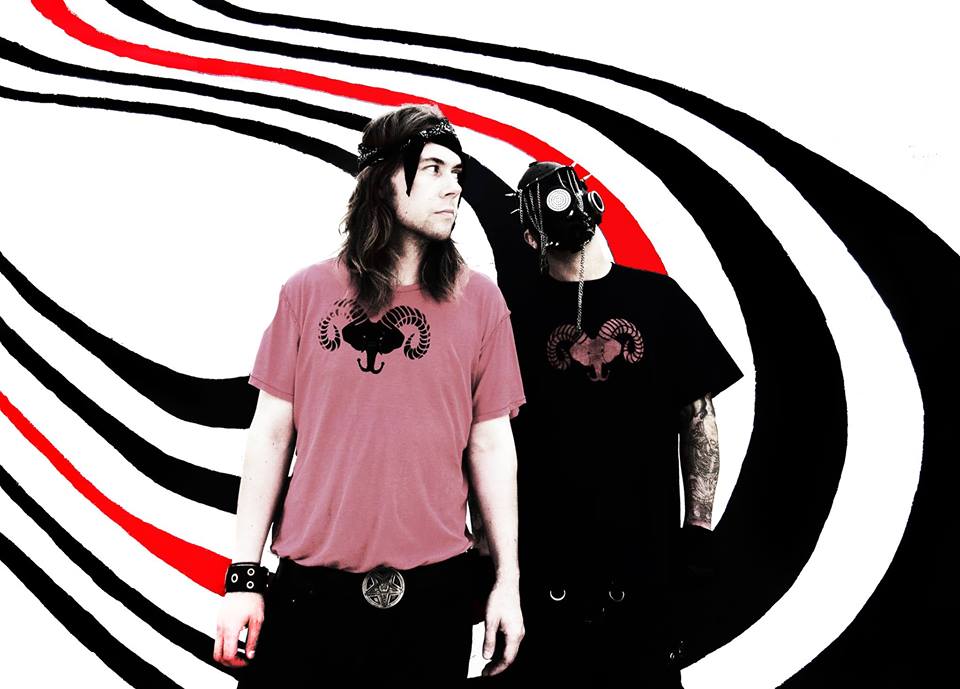 The drums on ‘VI VI VI’ remain fairly consistent in the alternative rock universe which keeps the band from ever exploring a heavier metal or industrial world which they possibly could explore, given the unique visual image they express with their usage of LED enhanced masks, headgear, clothing, and equipment most prominent on the drummer. Perhaps the duality of the drumming versus vocal stylings is the strength in the band and there is no need to add an angrier tone because the subtlety is a good touch. There is a strong early grunge line of attack that can be found in bands such as Mudhoney and even some of The Melvins style musical tricks and antics can be found in The Slit’s tunes as a possible influence.

On first listening expedition of this album alone it is much more gently explored than in a live setting, and while there are moments of aggression in some sound effects, vocals and riffs, the surprise attack and extra bonus is in the visuals that are prominent in a live setting, with the intimidating aggression of their stage presence mixed with the light and mask effects that give this a dark, mysterious, grinding metallic punk persona. This album ‘VI VI VI’ pushes boundaries and brings some very significant musical eras into a modern mix that can hold a relevant ground in the year 2017. It is recommended to check it out in its entirety and to catch an upcoming live show in and around Los Angeles.