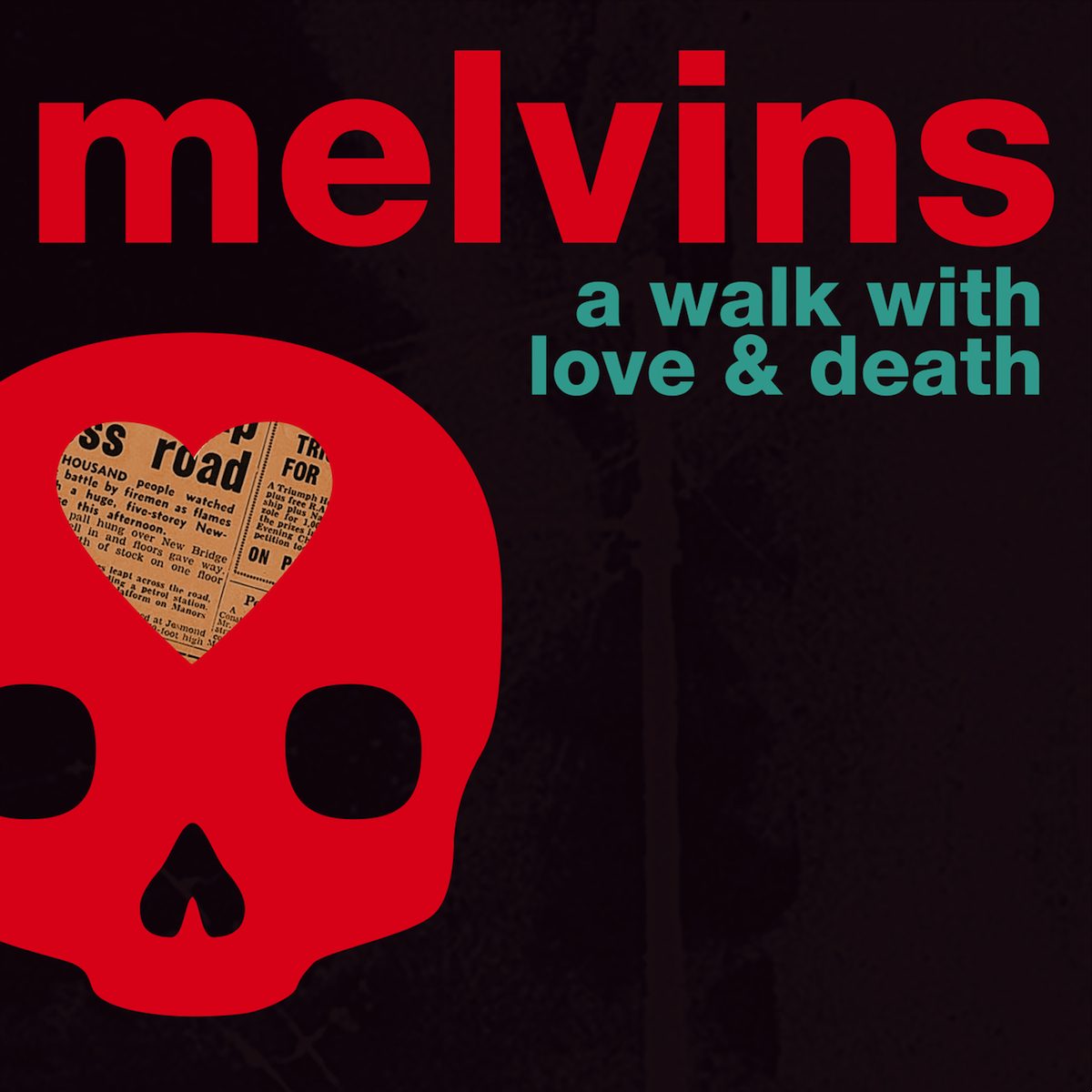 The undisputed kings of grunge, the Melvins, fire off another record to add to their vast discography with ‘A Walk With Love and Death’, the first double LP to their name. Famous for their unrelenting and often atonal and off-the-wall grunge, the Melvins look to stretch their talents with this release. Right off the bat, this is a high concept album; the first half of the record being a standard Melvins album called ‘Death’ and the second half a score for a Melvins-produced short film, ‘Love’.

The first album ‘Death’ holds a top tier collection of songs, though the record does start off slowly with the track ‘Black Heath’, which seems to drag itself to a pace slower than most tracks. ‘Death’ pulls itself up into the crushing energy of what you’d expect from the Melvins immediately after, offering up grinding sludge mixed with the rambunctious energy that’s become a staple of their sound. This first half of the double LP is a legitimate Melvins experience that happens to run itself into a wall of questions with the onset of ‘Love’, the second half of the double LP.

The most striking question is simply, why? ‘Love’ provides the score for a short-film produced by the Melvins and it isn’t by any means typical for a film score, and not in a good way. ‘Love’ is an oversaturated cluster of out-of-context noise tracks, a complete far cry from what the first half delivers. It is a struggle to listen as you sift through ‘Love’, searching for an actual, composed song rather than 2-minute noise tracks. Why they would actually expect you to sit through the second half as a normal album is beyond me; the addition of ‘Love’ as the second half to ‘Death’ comes off as tacked on rather than a completion of the double LP.

‘A Walk with Love and Death’ is composed of two incredibly distinct and opposing LPs that do less to complement each other than it does to confuse the listener. ‘Love’ really breaks what should be a strong Melvins release, it’s a shame that the album is for the better if you only take it for ‘Death’ and ignore the ‘Love’ side. Especially when you try to throw the album on shuffle for a listen, that’s when it becomes apparent the packaging of the two waters down the record. It’s a very difficult listen when paired together, which is a shame because the ‘Death’ side has outstanding tracks like ‘Edgar the Elephant’ and ‘Cardboro Negro’.

It’s incredibly counter-productive to put out a double LP with only half of it being listenable, not only does it feel like a bait and switch, but it’s a big disappointment to those expecting a meaty Melvins record. ‘A Walk with Love and Death’ should have been released as a regular record with the ‘Death’ side only, and it would have been all the better for it. Unfortunately the strange combination of ‘Love and ‘Death’ creates a tale of two halves.

‘A Walk with Love and Death’ is a poor showing of creative decision making, and despite the strong first half ‘Death’, the package as a whole waters itself down by needlessly bloating the record with an out-of-context, nigh unlistenable half ‘Love’. Unfortunately, half a listenable record does not make a quality package despite the strength of one half, and that is the story of ‘A Walk with Love and Death’.