This is Nickelback. If you’ve turned the radio onto a contemporary rock station in the past 15 years you’ve heard them. You probably don’t realize it, and if someone held a gun to your head and asked you to hum Nickelback you’d probably die shortly thereafter taking a guess at any of the forgettable radio rock that they sound exactly like. “But they write/wrote hit songs.” So does Justin Bieber. And the White fucking Stripes. One time I was throwing a beach ball with some friends and a Nickelback concert broke out.

So this is their new album. It seems like the years of e-hate and endless memes at their expense have taken a toll and they set out to prove something. To whom, I’m not really sure. This record for sure has heavier moments than anything they’ve previously done. However, it’s also full of vapid grabs at radio play. You know… going for that next big hit song.

I’m just going to skip over the lame ass ballads in the review the same way I did when I was listening to them. To sum them up, imagine what a teenage couple from a backwater town in the midwest that’s never heard real metal listen to when they’re awkwardly making out.

So. On to the HEAVY material.

There’s a very real attempt at heaviness, but everything is about 15 years too late. It sounds like radio metal from 2002. Granted, it’s heavier than Megadeth’s ‘Super Collider’, but that’s like asking for a high five after kicking the shit out of a 10-year old quadriplegic. 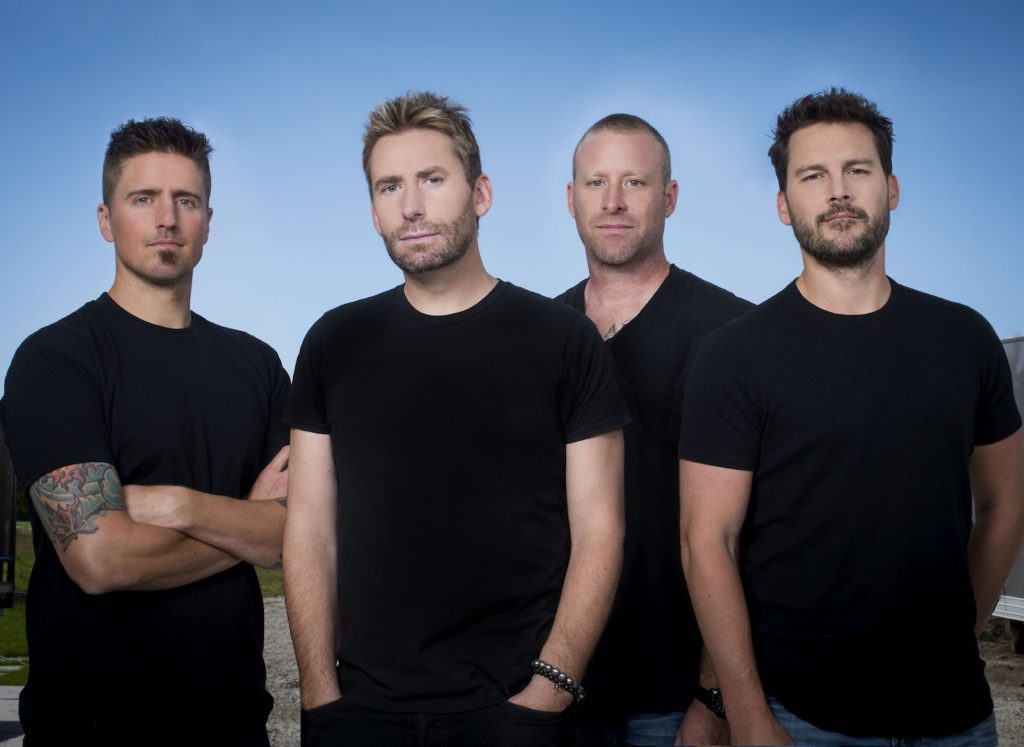 The guitar work isn’t awful. There’s a few riffs that are almost good. They’re trying too hard, though, and they can’t seem to figure out how to write a hook for the instruments. Everything about Days of the New is about Chad Kroeger’s voice. Oh boy. The solos are a hodgepodge of “every cool lick he ever learned as a kid.” I bet the guitar players whose names aren’t even worth looking up were super stoked to get to flex their chops. FINALLY. AFTER ALL THESE YEARS. It’s forgettable, much like everything else on the record.

The drums make me want to shoot myself. 7 Mary Threes drummer whose name I also won’t look up because fuck this bullshit plays some of the least imaginative beats and fills I’ve heard since… well probably the last time they did a record. It’s hard to describe it because it’s so unremarkable.

There is a bass player.

Chad Kroeger tries to make this new 3rd Eye Blind record his opus to everything heavy. Within the past few years they started trying to flex their heavy metal muscles by covering Metallica live. But they cover a song off the black album. So close, yet so far. I guess his lyrics are good, but my mind keeps blocking them out of habit. Years of training my brain to disconnect when this kind of vocal comes out is hard to undo. Oh. But he sings his notes pretty on key. So there’s that.

In summary. It’s a fucking Nickelback record. May be people who are fans of the band already will hear this and learn how to make devil horns, but I doubt it. It’s bland. It’s vapid. It’s a weak attempt at a strong sound that they just don’t have in them. If you’re into radio metal circa 2002, and you really miss Papa Roach, this record might fill a gap for you. For me? This record makes me sad. When I’m sad I eat. The 5 pounds I put on listening to this steaming pile of shit is the heaviest thing about it.