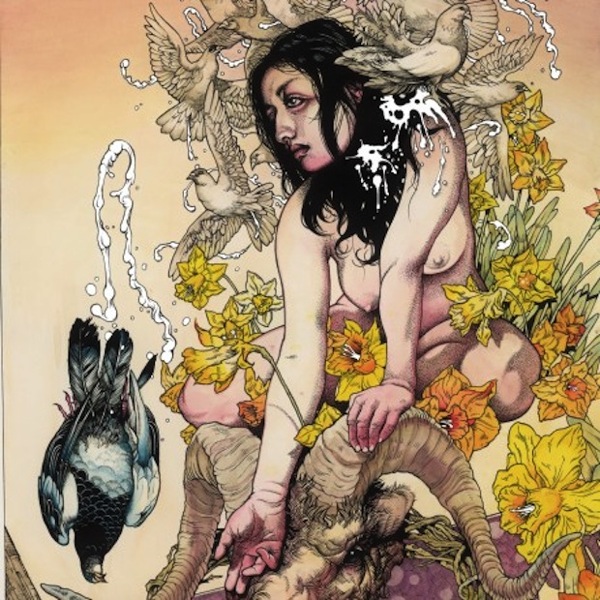 Having begun their musical journey in 2007, Norwegian extreme metal/rock n’ roll band Kvelertak have rapidly risen in popularity over the past couple of years following the release of their self-titled debut album in 2010 and subsequent touring worldwide which took their insanely energetic show to stages everywhere. This year, they came up with their sophomore effort ‘Meir’ and once again have been on an actively continuous touring run ever since. With this album, this eclectic six-piece band has successfully carried out the monumental task of following up to a debut as impressive as theirs was. ‘Meir’ builds upon the foundations the band established on the debut, and expands on them further by diversifying the overall sound and songwriting to a great degree. The tunes are more dynamic in every sense. Rich three-pronged guitar melodies decorate each and every tune on this record, playing a prominent role in presenting the rock n’ roll as well as extreme side of Kvelertak’s music equally. The opening riff in the first track ‘Apenbaring’ alone is sufficient to draw the listener’s attention, and the rest of the album certainly capitalizes on the tremendous start and maintains the momentum, with tunes like ‘Spring Fra Livet’, ‘Trepan’, ‘Snilepisk’, ‘Manelyst’ and the eponymous closing track. The rock n’ roll, black metal, punk and acoustic guitar elements in these tunes are distinguishable from each other but blend in together brilliantly, which is what makes Kvelertak unique and distinct. ‘Meir’ is one of the better releases of 2013 and delivers a set of eleven tunes that clearly showcase Kvelertak’s musical progression.