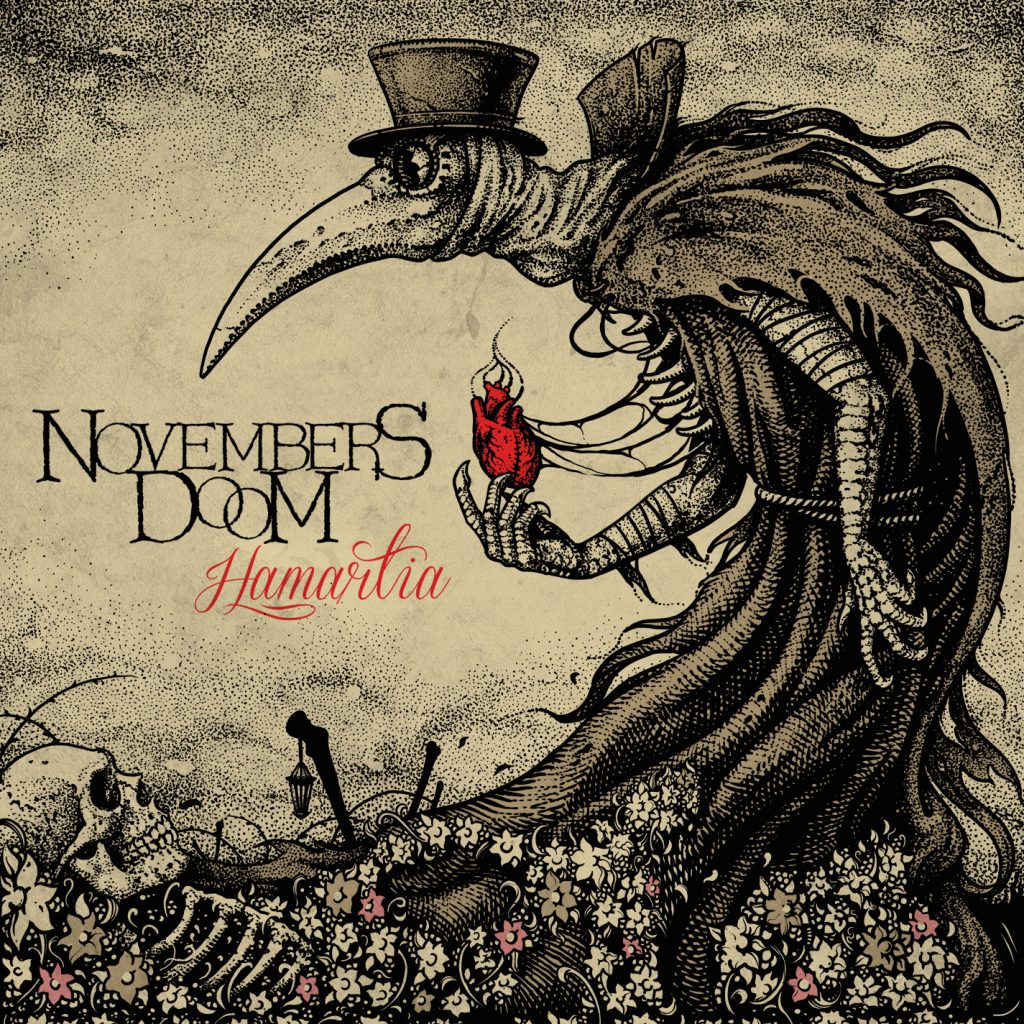 While it probably shouldn’t be described as avant-garde, there’s always an attempt to be different and shy away for the norm. And in that comfort zone, it’s all strictly opinion on how you define successful, never mind if it could still considered “good”. And going the safe route for many bands will likely gain you more fans just as many as those you lose by playing it safe. By having a mixed identity in the music, you cater to that current A-D-D music listener – and I feel you lose something. Those moments when you do hit your stride, it’s nearly on point. 28 years and 10 albums into their career, Chicago based November’s Doom have hit a stride with their new album ‘Hamartia’, the second record with a maintained line-up, the previous being the 2014 release ‘Bled White’.

They haven’t strayed much from their style, which is doom with a slight influence of death metal, or at least death metal vocals and constant melodies and topped off with lots of clean singing. Only now on this latest release is more of a nu-metal vibe, which is quickly evident on the opening track ‘Devil’s Light’. Te next couple of tracks, ‘Plague Bird’ (a reference to their album cover displaying a version of the plague doctors and the black death around the 14th century) and ‘Ghost’ are laced throughout with Paul Kuhr’s clean singing and help you make sense of his awkward lyrics.

About here is where you can see this album being a hit with those that appreciate bands like Opeth when they lightened up on their sound, away from the heavier death metal style, and alike with Mastodon fans – while you have some of those that are familiar with Neurosis and their brand of avant-garde doom, who will likely give another Novembers Doom album a listen. 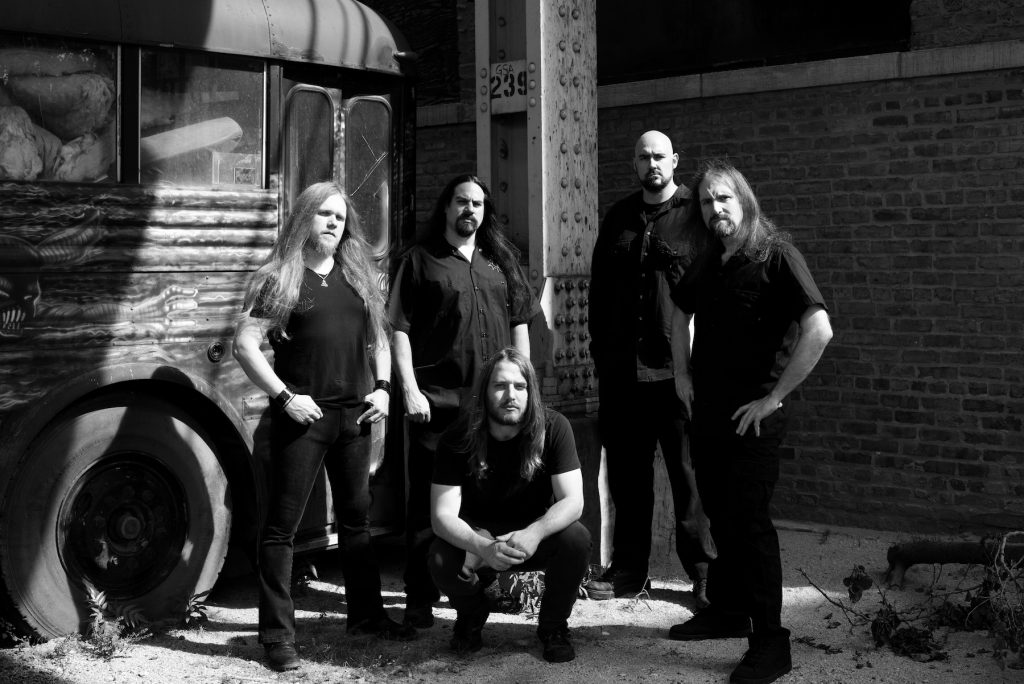 The album title track is a space filler which is symphonic interlude of piano and Kuhr, proceeded by the track ‘Apostasy’ that give more of that nu-metal feel. It has to be said that the songs are nicely written and well composed. While a little predictable, they aren’t simply cookie-cutter. New drummer Gary Naples really carries a lot of the music well in his playing. The track ‘Miasma’ (another reference to the Black Plague or Black Death) is a good example of this. And the comfort factor with Mike Feldman who has been with Novembers Doom since 2011’s ‘Aphotic’, polishes their sound a lot more.

There are a couple of tracks that carry a real ballad feel, and the band felt that was the way to go out on this album with the final track ‘Borderline’. And that’s essentially the tone on this album, a melancholic sound with a small hint of abrasiveness that was more present in prior releases. And even though some listeners would struggle getting past the awkward lyrical content, one could still appreciate what they tried to do here with their songwriting. For those unfamiliar, Novembers Doom’s previous releases ‘Bled White’, “Aphotic’ and ‘The Pale Haunt Departure’ are certainly recommended, but their newest effort ‘Hamartia’ is also worth the listen.