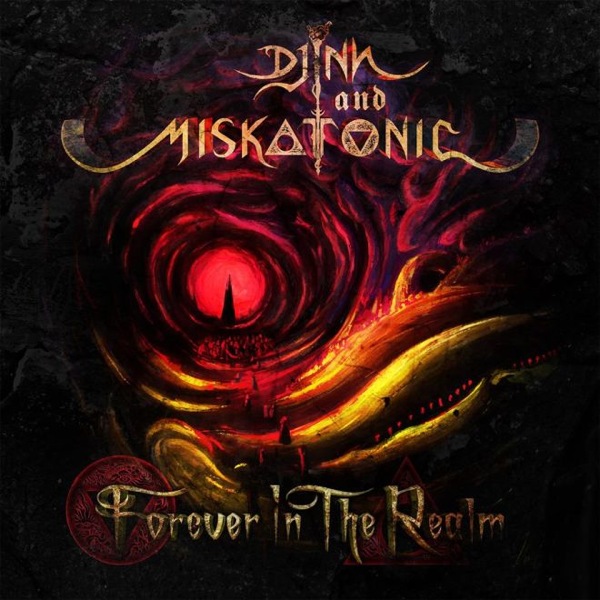 Having started out in 2011 and now an integral part of Bangalore, India’s rapidly thriving doom metal scene. Djinn And Miskatonic released their debut full-length album ‘Forever In The Realm’ via Transcending Obscurity India earlier this year, a stellar debut in every sense. Following in the footsteps of fellow Bangalore doom-mongers Bevar Sea who themselves released a fantastic debut album last year, Djinn And Miskatonic’s five-song, 43-minute effort is a nod to classic doom metal and satiates fans of the genre but at the same time consists of elements that give the band its own identity amidst the copious number of doom bands in existence today, not only in Bangalore but around the world as well. Even in a year during which doom metal has been in large abundance, Djinn And Miskatonic’s album holds its own as it exploits the ‘power of the riff’ to the fullest possible extent, through compellingly written songs, crisp guitar tones, low-end fuzz and old-school groove-laden drumming along with alcohol-fueled occultist lyrics delivered by ominous vocals. Bangalore’s doom metal scene already has its own niche´ but it certainly has the potential to outgrow its cult following, and if that happens, based on the sheer class of this album it’s safe to say Djinn And Miskatonic will be one of the bands at its forefront.