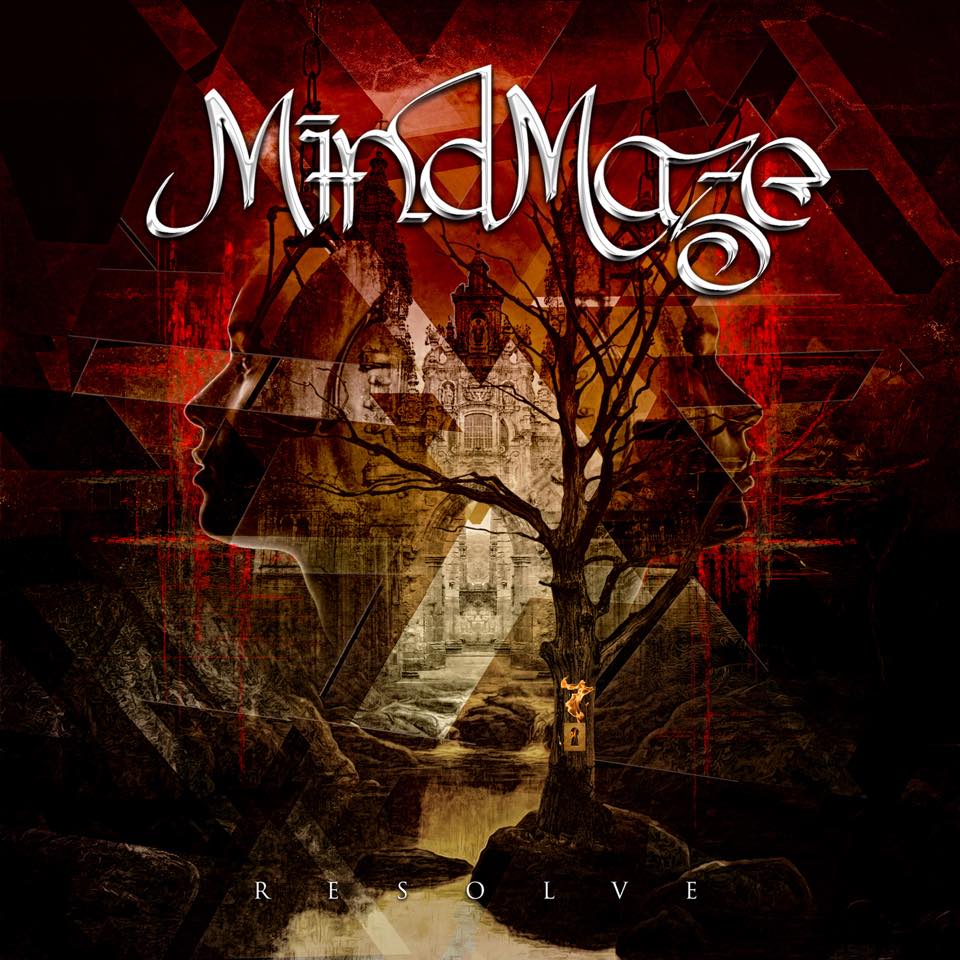 Allentown PA quartet, Mindmaze have released their third full-length album, ‘Resolve’. This band’s classic power metal sound makes one think they’re from overseas, but in fact, this group of guys and gal reside right here in the USA. Materializing in 2004 out of Pennsylvania, this group sets a prime example on how a band can work independently and still succeed. Setting ripples throughout the scene with their honest sound, the band has raised some considerable anticipation with this newest release. ‘Resolve’ is a record that has a strong emotional and serious vibe that hopefully is sending Mindmaze in the right direction.

The opening number ‘Reverie’ is a calm, collected piece that builds on itself between an acoustic guitar playing alongside some power metal riffage. Right off the bat you feel the sentiment in the playing of guitarist Jeff Teets. The dueling of the two guitars goes on for a couple of minutes till it morphs into this classic heavy metal anthem inducing excitement and curiosity, shifting then into ’Fight the Future’, a song that rips the record open with speed and riff articulation. The drums by Mark Bennett are basic, but fitting for the chaos of the guitars. The energy of the guitars contrasts with the classical/pop style of singer, Sarah Teets. Her vocals are similar to bassist Rich Pasqualone’s playing, keeping the songs grounded and moving, but nothing flashy or exciting. Her slow vibrato adds a sultry feel to the numbers, keeping that classic metal feel strong. It’s a clever combo of heavy riffs and pretty vocals. The band boasts of their unique sound, but to the average ear they are going to sound like every European symphonic metal band out there. The production is pretty elaborate with a lot of filters, backing tracks, and reverb. The vocals being dominant in the mix creates a slight disconnect between her, the backup vocals, and the rest of the instruments.

As you dive into the album and hit numbers like, ‘Sign of Life’, ‘One More Moment’, and ’Twisted Dream’ the schmaltzy vibe continues. Each song maintains an elaborate feel by the addition of a lot of synth work. The piano, female vocals and the singing guitar makes you think you could be listening to any number of symphonic metal bands. The song lengths vary on this 13-track record with the shortest being 1:11 and the last track, ‘The Path to Perseverance’ being 11:34. As a concept album, you get that they are trying to tell a story, but musically, you can listen to 10 minutes of this band and understand their whole catalog. When you reach the end of the album, one might realize it should have been half its length due to the repetitiveness and overall generic song structure.

The highlights on this album are all instrumental. The creativity in the guitar is what differentiates this band from the thousand other female-fronted ‘beauty and the beast’ themed bands. Pretty vocals united with metal music can work, but to be outstanding in such an over-saturated genre is tough. The glimpses of rock ’n roll in the guitars makes the listener think this band could head in a direction where they could be different from the masses. Yet this album itself is overall common and underwhelming. One has to admire their efforts in staying independent. Yet the production on this album sounds nonpartisan and not in a good way. With so many layers of tracks and constant group vocals during the choruses feels like they’re over compensating, like they’re trying to sound more complicated than they actually are. They are a young band with a lot of potential and you can really hear how the band is evolving on this record. Their efforts are valiant, and MindMaze is a band to remember. ‘Resolve’ is hopefully a stepping stone to better albums. It will be exciting to see where they go from here.