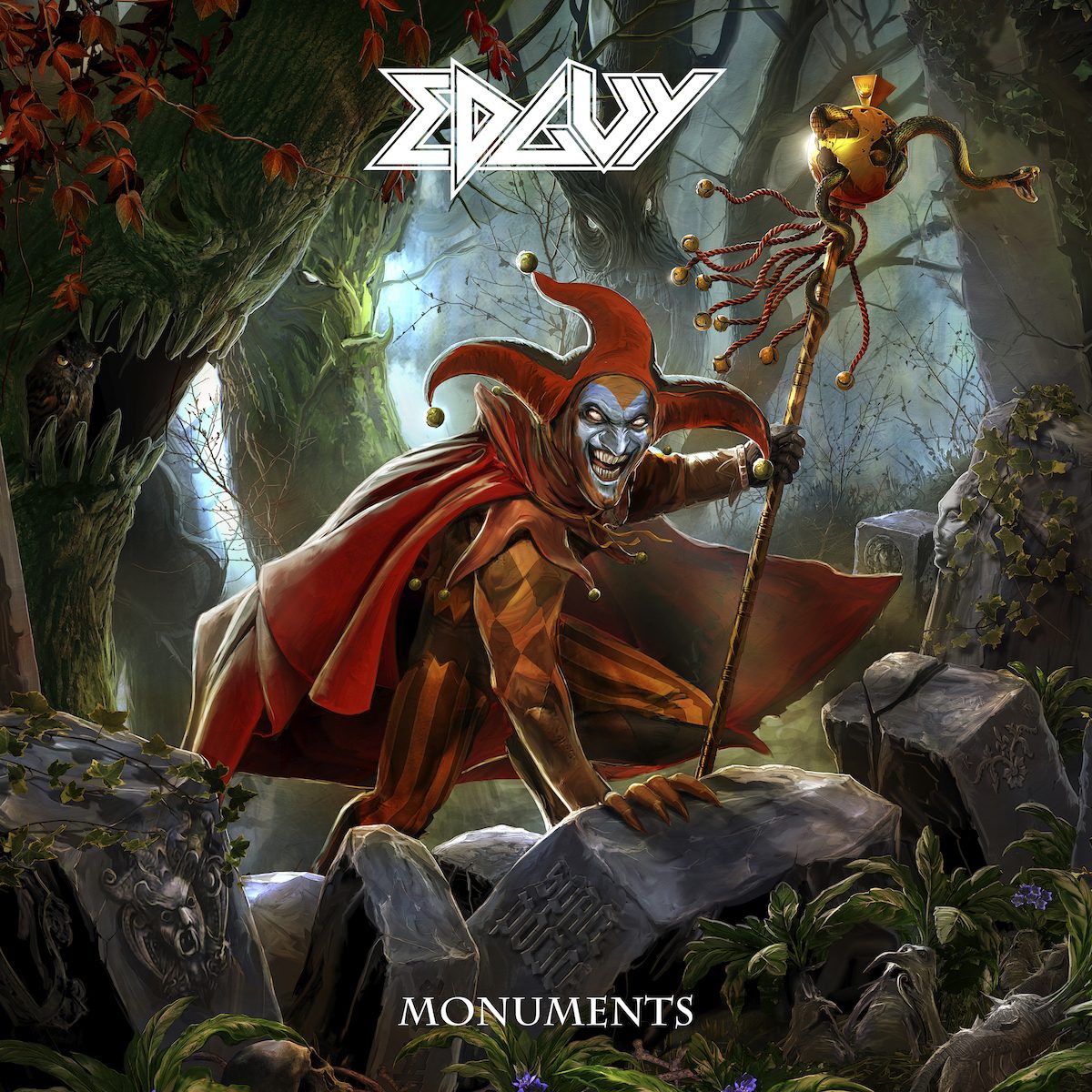 ‘Monuments’, one can say, a project 25 years in the making, is an action-packed two-and-a-half hour magnum opus of German power metal band Edguy’s most popular repertoire. Spear headed by an inclusion of five brand new songs and one never before released old track, ‘Monuments’, from start to finish, is a collection for the diehard fan looking to hear new music stuffed with the hits, or for the young follower looking to listen to Edguy’s best.

Edguy has certainly made its mark and name for itself as being among one of the greatest and most influential power metal bands to have drawn inspiration from the ’80s glam rock and old-school metal scene that was on its way out when these guys were teenagers starting the band in small town Fulda, Germany. It must be said that this band endured quite an overwhelming challenge in their early days, especially during the epoch where glam and old school metal, i.e. Motley Crue and the likes of Armored Saint, Judas Priest and others, were being ushered out of the spotlight with the emergence of grunge, and later nu-metal, and pundits and critics were quick to say that any revival of the ’80s was going to be a lost cause.

25 years later, Edguy has evolved into a band headlining festivals across Europe and embarking on massively successful tours while simultaneously putting out quality music. The band has released a quintessential set complete with a live DVD from their 2004 performance at the historic Hellfire club in Sao Paulo, Brazil. A 160-page book lush with publicly unseen images from the band’s archive rounds out the package, bringing to life a face of the band that not many have seen before.

Tobias Sammet, vocalist and founder of side project Avantasia, has managed to retain his star power voice 25 years into his career. One could say that there is little to no difference in the quality of his recordings dating back 25 years, a feat often unmet as vocalists age. ‘Monuments’ manages to deliver to the listener the Edguy package, catchy tunes and an in-your-face attack that will surely leave you humming by the end of the day.

The strongest song is easily the opener ‘Ravenblack’, with a melodic and soothing intro that launches directly into a heavy, foot tapping riff, later met with emotional yet catchy choruses. The song is surely to become a mainstay as the group moves on, however, there is not much that can be said for the rest of the new songs. ‘The Mountaineer’ is enjoyable, and reminiscent of the old-school metal feel with twin guitar harmony kicking off the tune, it saves face a bit. You could easily throw the song in any of their other releases and it would not really affect the quality of the album. It is just… there, but so Edguy. The other three tracks are pretty generic power metal. ‘Open Sesame’ reminds you of Saxon and their New Wave of British Heavy Metal style of riff and vocal sound, while ‘Wrestle the Devil’, wrought with an ’80s glam riff, is unmemorable. To make mention of the previously unreleased old track ‘Reborn in the Waste’, it is certainly a product of its time, circa 1995 when the band released the album ‘Savage Poetry’. The song certainly will be a hit for the diehard fans that consume everything Edguy, but consider the track a toss-up to round out ‘Monuments’ with the new songs and its popular back catalogue. 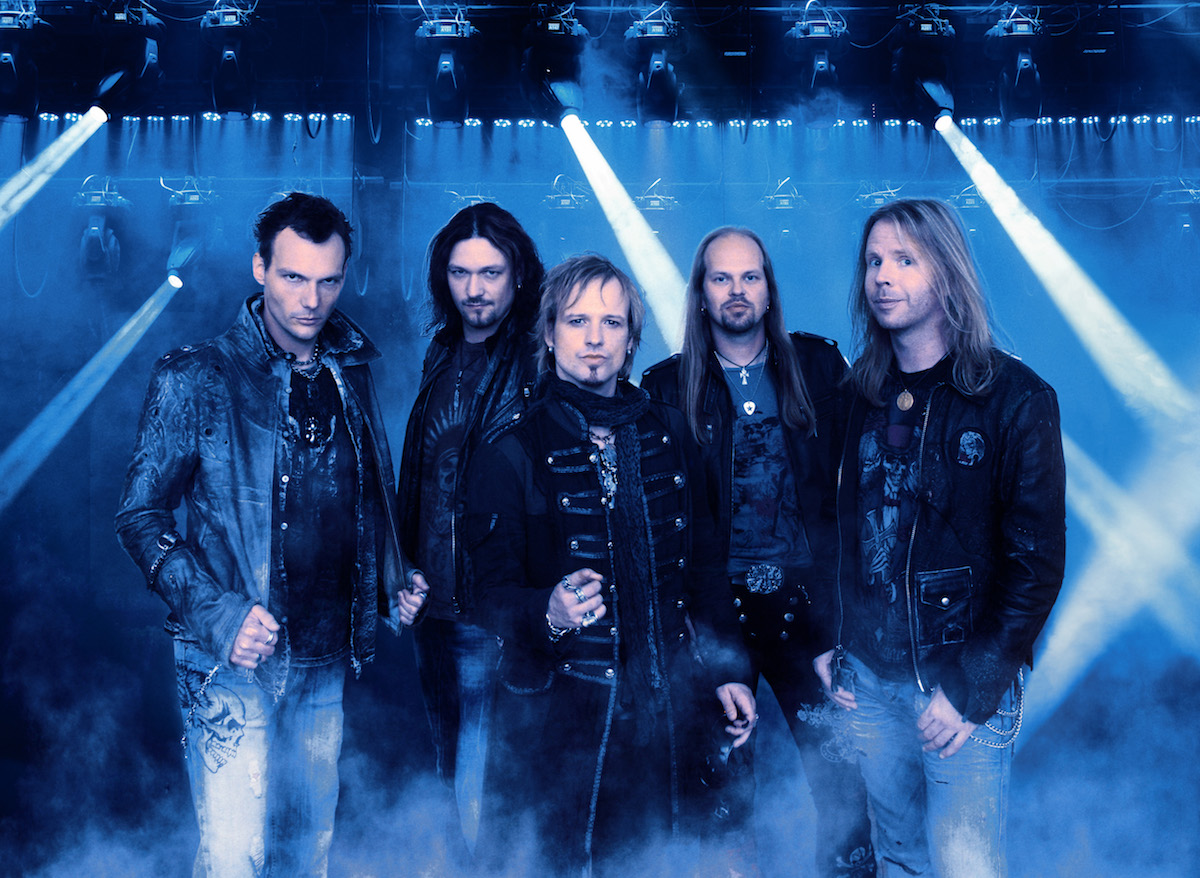 As for the hits, what more can be said. Two hours of the best and brightest ever produced by Edguy will not leave you feeling fatigued if you so choose to listen to the double issue. I certainly wasn’t. Two hours went by rather quickly, and arguably enough, it is one of the best “greatest hits” compilations ever assembled, and there are surely some epics out there. The fact that the band is capable of amassing 21 hit worthy tracks is quite a success. Not a lot of bands have that rich history to fall back upon when thinking about putting together a live set list, demonstrating the band’s ability to write really good and memorable songs.

It is difficult to follow the band’s 2014 release ‘Space Police – Defenders of the Crown’, their heaviest and one of their strongest albums to date. ‘Space Police’ outclassed all their previous, more recent work in ‘Tinnitus Sanctus’ and ‘Age of the Joker’, and is an incredibly strong album, the best release since the successful ‘Superheroes’ EP (2005). But ‘Monuments’ songs just do not live up to ‘Space Police’.

If ‘Monuments’ ever falls into your hands, you are definitely in for a treat, especially if you are not really familiar with Edguy’s work. Go ahead and snag a copy if you so wish. The entire package is worth it, but do not write the band off because of their freshest cuts.