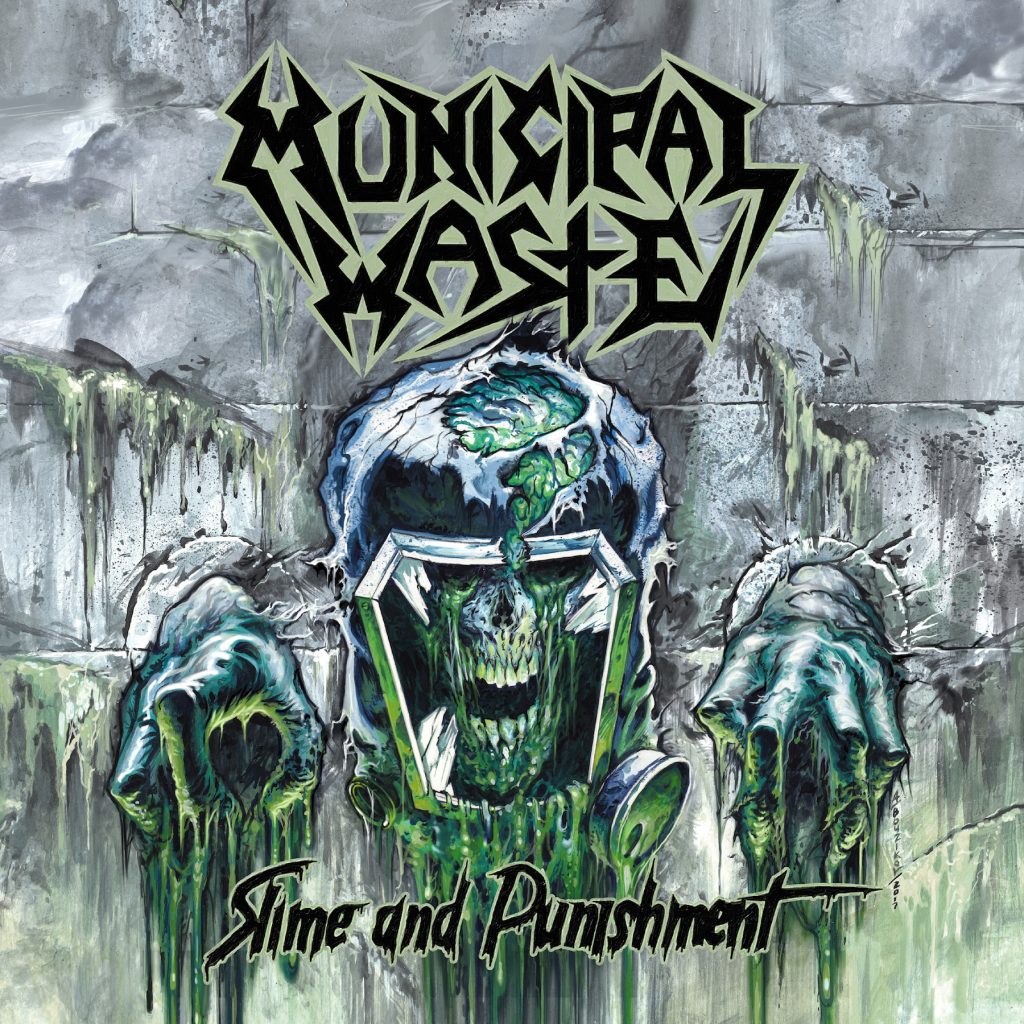 Revered punk/thrash act Municipal Waste finally graces us with the follow-up to 2012’s ‘The Fatal Feast’, the new album ‘Slime and Punishment’. Municipal Waste is a widely renowned act that melds punk and thrash in a way that evokes strong memories of Suicidal Tendencies. Saying ‘Slime and Punishment’ goes back to the roots of thrash/punk would be a disservice; Municipal Waste is the root of a new generation of punk. Their music is clean and riff heavy in line with thrash, yet they play with a grimy aggression of ’80s punk.

Tracks like ‘Think Fast’ kick in with gut-pounding thrash ferocity that flows into a focus on belting out gritty, dirty musical punishment much like a hardcore punk band. The thing is, Municipal Waste breaks the boundaries of hardcore punk by adding an attention to riff-based structures instead of three-cord songs. Yet they’re too dirty to be called thrash metal; there’s a level of palpable grime in this music that is distinct from thrash metal. This is one of those times where a band is more than just the genres; Municipal Waste isn’t a punk band or a thrash metal band, they’re Municipal Waste, plain and simple.

I have to point out one of my favorite aspects of classic thrash/punk that shows up in this record; strong political dissent. There aren’t a lot of bands that can express their political dissent nowadays without it coming off as painfully obvious and childish; like Green Day’s latest single. Instead of writing overly obvious “down with the man” songs they pull off subtle, yet reverberating messages with the record ‘Slime and Punishment’. 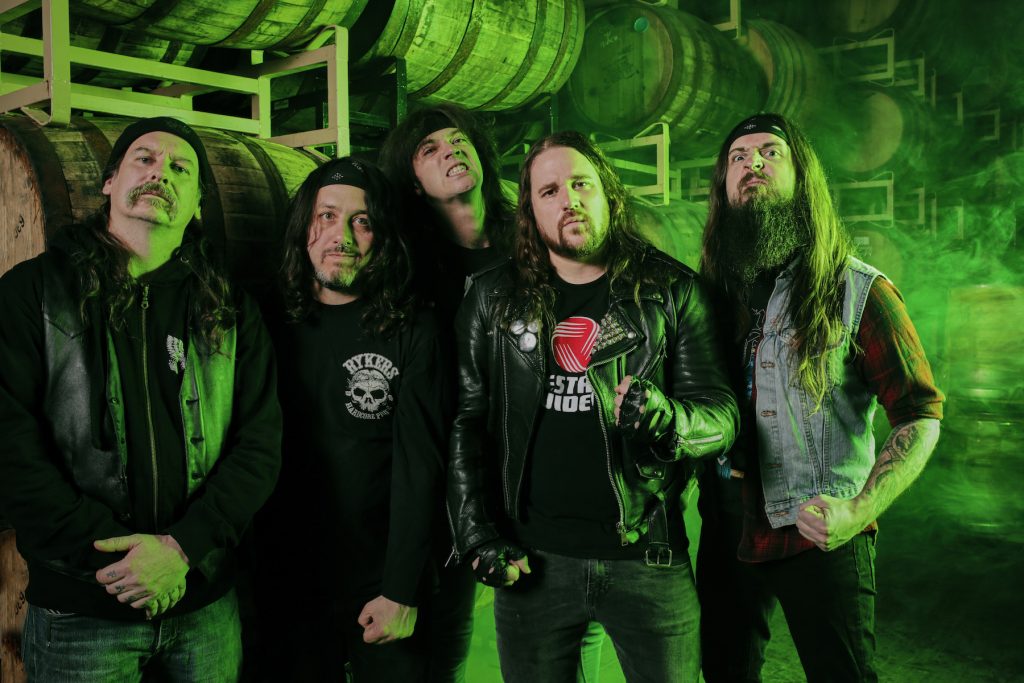 The vast majority of the tracks on this album run about 2 minutes long, yet Municipal Waste manages to work a plethora of material within each track; more proof that size really does not matter. It’s the motion of the ocean, and my god does Municipal Waste flow like master navigators. It really is a thing of beauty to see a 2-minute track contain as much depth, if not more than a typical 3-5 minute track; or in the land of metal, 6-8 minutes. When you also look at the fact there are a total of 14 high-quality and distinctive tracks, it becomes clear this album is packed with more distinctive quality than you’d expect from a package of quick hitting tracks.

Municipal Waste carries a powerfully unique voice that pushes their pedestal beyond many, many bands of this era. The distinctness of their voice, the political dissent, the beyond masterful song writing; it all comes together to form a record that doesn’t just border on genius, it describes it. Municipal Waste is carving a path as an iconic band; first they take the mainstream by storm with an iconic t-shirt design and they back it up with iconic records such as ‘Slime and Punishment’.  It’s almost impossible for a punk band to break through the mainstream on this level, yet Municipal Waste has entered that exact realm.

‘Slime and Punishment’ is one of the most memorable albums not just of this year, but this entire decade. Municipal Waste is on their way to building a memorable discography that can stand with classic bands of the ’80s (a.k.a the best punk era). Hell, I’d take Municipal Waste over a few legendary punk bands I can already think of.

Everyone is going to be blasting ‘Slime and Punishment’ this summer, and I mean everyone. This is the album of summer 2017, I’m calling it right now. This record is going to be hanging around the musical sphere for a while, and with the abundance of social and political commentary to pick from, they have a lot of work ahead of them for the next four years.