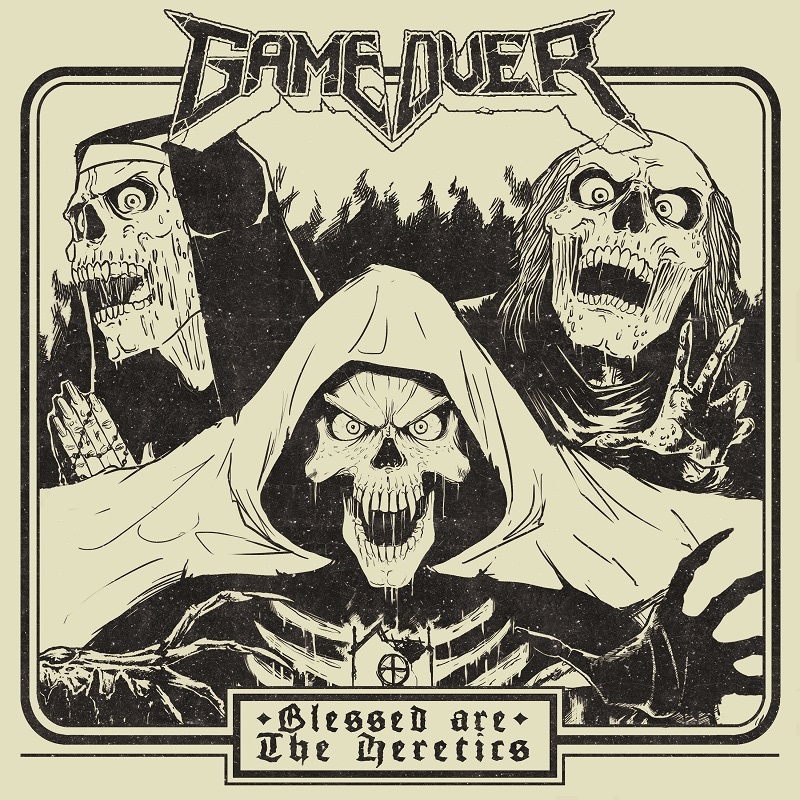 Italian thrash metal band Game Over looks to follow up the successful record ‘Crimes Against Reality’ with the brand new 6-song EP ‘Blessed are the Heretics’. Featured in this EP, are a couple of brand new tracks mixed with live recordings from the band’s recent USA/Chinese tours.

Game Over takes the classic thrash metal formula and does very little to tinker with it, taking a purist approach to thrash metal. Aside from the obvious mix of punk and hardcore elements, Game Over is very much a classic thrash band in every sense of the phrase. Given this, you won’t find much to be disappointed within the EP ‘Blessed are the Heretics’. Every track in this record kicks off with full metal fury, even the cover of ‘You Spin Me Round’ goes fast and hard with zero compromises. While the addition of this song as a cover track is somewhat questionable given its inability to properly translate the original feel of the song, there is still enough to be said about the creativity that went into this track. There’s not much that ties Game Over’s version of the song to the original recording.

The title track ‘Blessed are the Heretics’ gives perfect insight into the type of music Game Over aims to create. There is a strong thrash presence that rules over the music while the punk subtleties add fire to the already blazing flames; though the title track sticks to a more traditional thrash metal build. Following the opening track is an interesting piece, ‘Mai Piu’, a re-recording of the track ‘No More’ in their mother tongue of Italian. The quick flow of the Italian language with its similarities to Spanish provide a fantastic flow to the wordsmithery; it’s amazing how a proper application of foreign language into music is almost indiscernible to the naked ear.

While the EP does present mostly re-recordings and covers, Game Over does a fantastic job of balancing the record so it doesn’t lay too heavy on one side. The first half of the record is comprised of three studio recordings while the last three tracks are live treats. In terms of quality, both live and studio tracks are very solid. 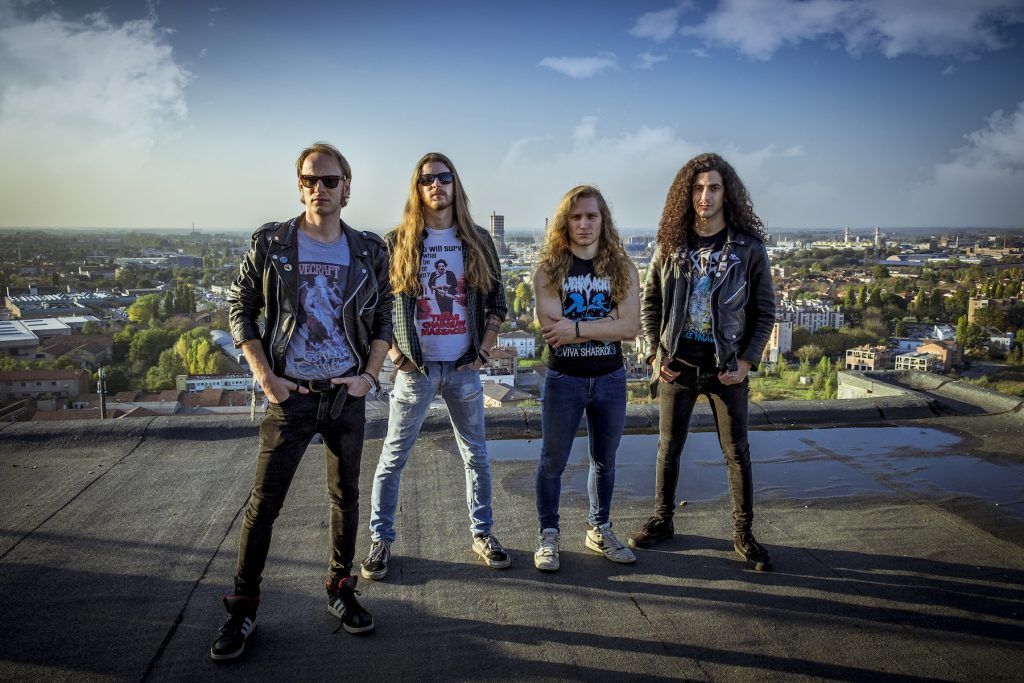 Unfortunately, none of the music has the tendency to feel as if the tracks happen to bleed into each other. Most of the them have little in the way of differentiating features; the first two tracks open up with the same exact approach before heading down almost identical musical paths. This is to be expected with classic thrash metal, yet Game Over lacks identifying features in the music that can trigger your brain into setting clear differentials between the tracks. With ‘Blessed are the Heretics’ it feels more as if you’re listening to the same song done in multiple different ways. The record is quality regardless, though it could have benefitted greatly from a more varied approach to songwriting.

There are plenty of thrash bands that are able to take this singular approach and deliver wild success; unfortunately it seems as if Game Over lacks the spark that takes their music from being simply “badass thrash” to “I’m saving this record for my future children”. Game Over takes the classic thrash approach and lets it be as it was 30 years ago. This is problematic for a number of reasons, without breaking into a university thesis the simplest issue to point out is such cut and dry thrash metal hasn’t been popular in decades for a reason.

If you’re going to take a purist approach to classic metal, you need to improve on the blueprints left by the forefathers of metal. I won’t name other bands that use the aforementioned formula to the peak of its potential given the fact that this is a Game Over review, though it should be said that I recently reviewed a band that took a purist approach to classic metal beyond a level of quality unseen in recent memory.

‘Blessed are the Heretics’ is a pretty good EP; there is a healthy diversity in its contents with the band offering up studio, live, and cover tracks for the listener. It’s a fun listen, though it musically doesn’t go very deep and it becomes an issue a few tracks into the record. ‘Blessed are the Heretics’ strikes at the same notes in the same way throughout the record, and though their approach is quality, it wears thin very quickly.

It would have been great if the self-admitted punk influences within Game Over’s EP ‘Blessed are the Heretics’ were the same elements of punk that smash your face in with aggressive catchiness. Instead Game Over does very little to elevate their music throughout the EP and it has the unfortunate side effect of doing very little to elevate your interest.