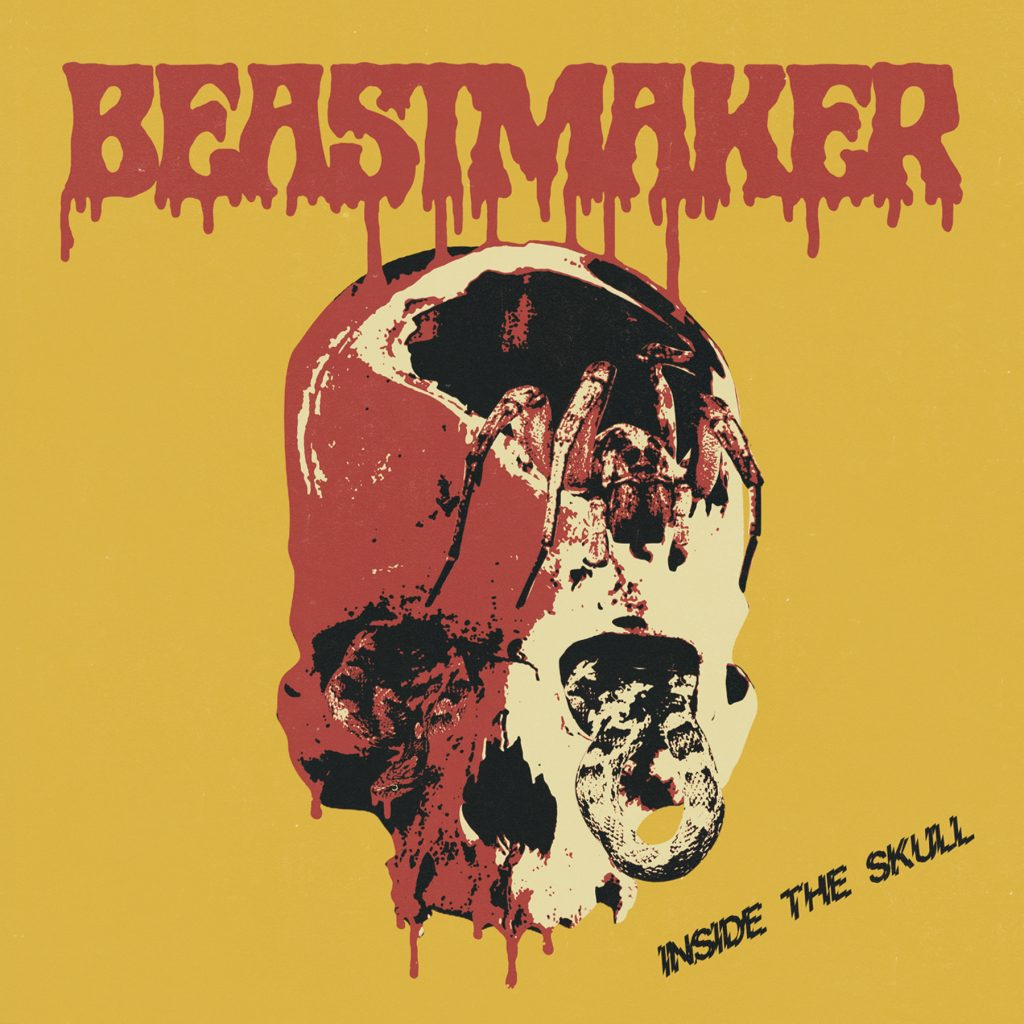 Many of you may remember Beastmaker as Metal Assault’s emerging artist of the year for 2016 with their debut EP ‘You Must Sin’ and the full-length album follow-up ‘Lusus Naturae’. It’s no surprise to see Beastmaker hitting 2017 even harder than the previous year they already left behind in flames. Now we get to listen to the much anticipated follow up, ‘Inside the Skull’, and revel in all of its glory. It is an amazing, groovy stoner trip through dark psychedelia that you won’t be able to get enough of.

This record kicks off with the intensely groovy track ‘Evil One’ before dropping you into a pit of sludge and horror with ‘Heaven and Hell’, a crushingly doomy head banger, before it continues the shift into lechery with ‘Now Howls the Beast’. After Beastmaker showed up on the scene they immediately made a name for themselves with the intensity of their live acts. I can only imagine a devastatingly heavy Beastmaker show with tunes from ‘Inside the Skull’ showing up in the live sets. An extra special treat for fans of Beastmaker, this record is loaded with 10 high-quality tracks that refuse to let up.

The groove is strong with Beastmaker, and even when they aren’t filling your lungs with heavy metal sludge they still mix the same energy into their more groove-centric tracks like ‘Nature of the Damned’ and ‘Psychic Visions’. The mid-album track ‘Give Me a Sign’ does a great job of mixing in slower-paced, atmospherically based songwriting that phases in and out of the heavy doom-grooves. It’s a great change of pace for a record that balances crushing doom with groove. It may seem like splitting hairs by making distinctions between the tracks Beastmaker present, yet when you introduce yourself to compositions such as ‘Now Howls the Beast’ and ‘Nature of the Damned’, the minute distinctions become very apparent.

What I appreciate about this record the most is the pacing within the tracks; there’s no front-loading or back loading of quality tracks which would leave the record unbalanced. On top of that, the record is paced well enough to prevent burnout, you can jam to this record all day or night without the luster becoming lost.

Beastmaker is quite the experience to listen to in the safety of your own home, and despite the album being completely studio-recorded, it carries the atmosphere of a live record. The energy is fierce and palpable. ‘Inside the Skull’ takes Beastmaker off the stage and into your home. It’s rare for a band to capture their live quality in studio, too many bands have major discrepancies between studio and live performances. Beastmaker takes the quality of their studio recordings to enhance the energy of their live performances and vice versa.