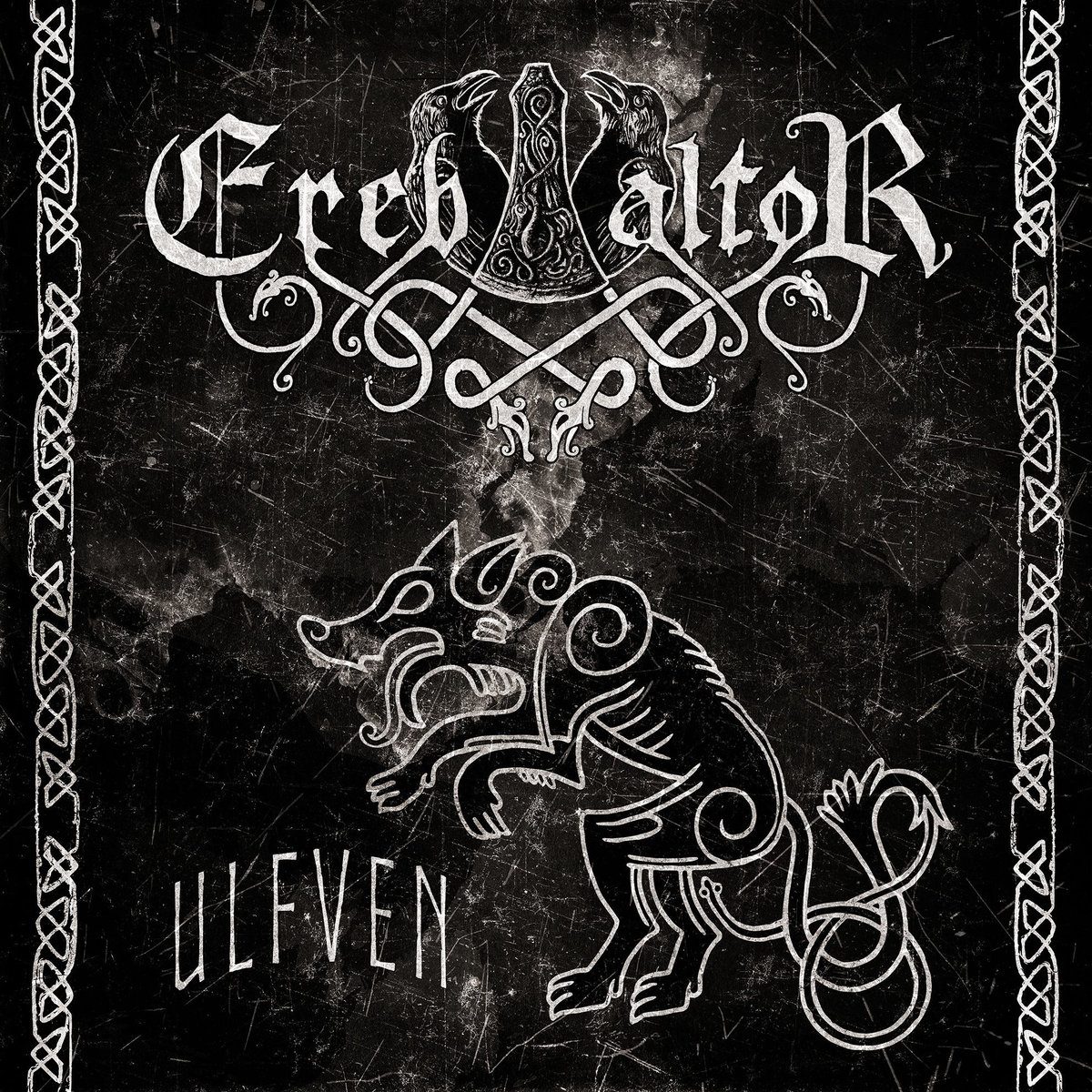 Blazing out of Sweden with their latest release, Ereb Altor continues to showcase their fantastic ability to mix and match elements from power, doom and black metal to create the record ‘Ulfven’. Self-described as pagan metal, Ereb Altor flexes their ability to tap into a variety of musical elements to create a seamless melting pot filled with intensive black metal and doom riffage delivered with a stroke of high-energy power.

Following the introductory chant track ‘Völuspá’, the record launches itself into the atmosphere at incinerating speeds off the back of an incredible drum/guitar chug combo that kicks off the track ‘En synd svart som sot’. The powerful launch of the track helps kick the album into an immediate high gear, and though the track relaxes into a more power metal focus build, it retains the initial strength of the track to follow a less than typical power metal track. The creative power metal focus with the initial tracks give the record an above-average start; nothing extravagantly face-melting, but a strong footing.

Ereb Altor takes to flexing their variety muscle by flipping into the no holds barred black/thrash track ‘The rite of Kraka’. This track takes an immediate stand. Much like the drum/guitar chug that launched ‘En synd svart som sot’, so too does ‘The Rite of Kraka’ launch at incinerating speed with classic black metal blast beats that explode into a frenzied black metal offering infused with a thrash metal steroid. Although the album takes a shift from power metal into unapologetic black metal at a moment’s notice, it doesn’t feel like a jarring shift. The atypical power metal that starts Ulfven sets a dark tone that flows very naturally into the high-energy black metal.

The title track to the record ‘Ulfven’ dips back into a power metal focus while it retains a good amount of the power and energy of the previous track, though it does slow the energy built up a tad bit. It’s a strong track, though one can’t wonder if the album would be better for it if the track wasn’t sandwiched between two monstrous black metal tracks. The following track ‘Wolfcurse’ really takes things to the next level, continuing what ‘The Rite of Kraka’ built the album into by taking another fantastic fusion of black metal with doom metal this time around, to build what may be the best track of the record.

Although ‘Wolfscurse’ starts with a standard power metal, vocal-led approach, it flows incredibly smoothly into a powerful doom riff that slowly rises from the ground like an undead behemoth that soon realizes it fury. This record is a great change of pace from the typical power metal approach in metal, the mixture of doom and black metal give a fresh breath into the genre with Ulfven.

This record is at its best when the power metal builds into the black/doom metal fusions, though it may snag itself up energy wise by taking a little too much focus from the black/doom mixtures.

Overall, ‘Ulfven’ is a really good record that carries massive thunder in its power metal approach infused with a healthy dose of doom and black metal. ‘Ulfven’ creates a dynamic atmosphere that may come up soft in a couple of spots, yet it’s easy to overlooked, as the frenzied black metal takes control over the record.