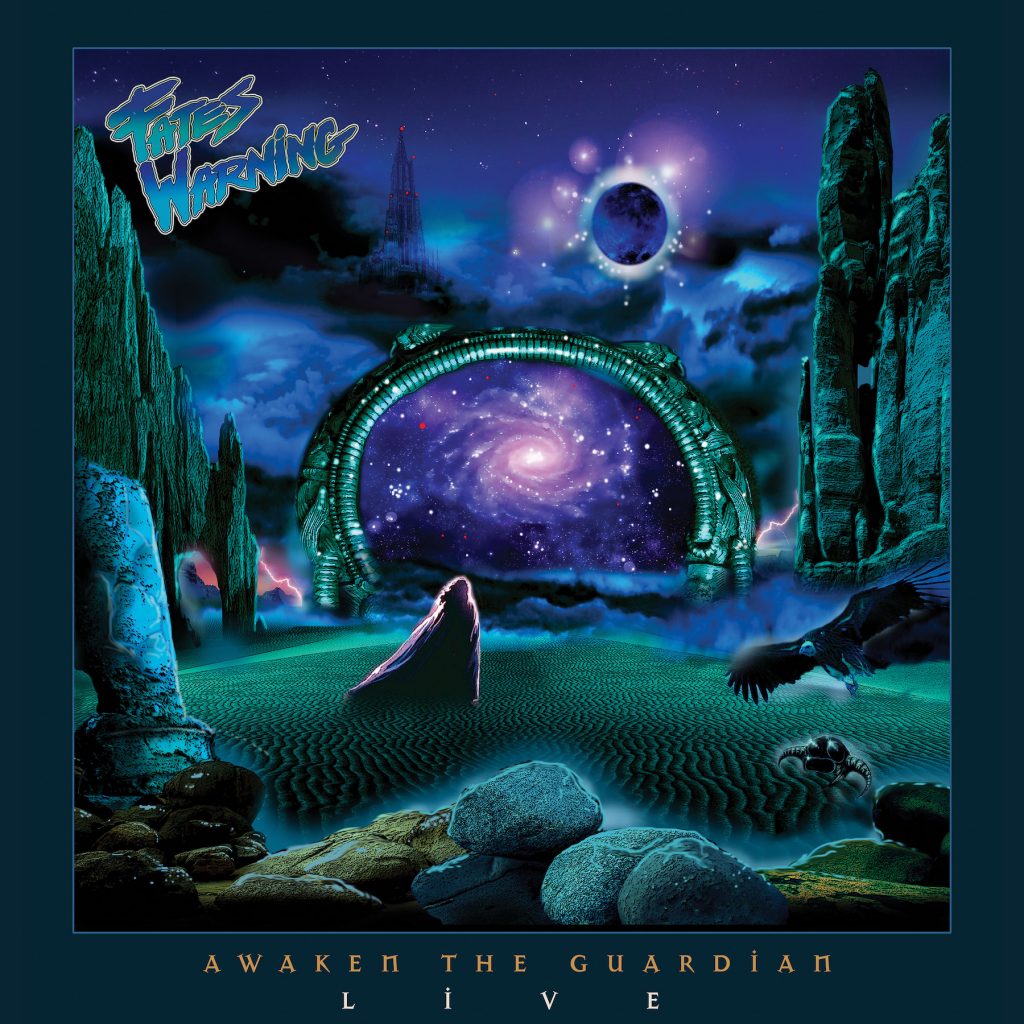 It goes without saying that Fates Warning is legendary when it came to forwarding the progressive metal movement in the mid to late eighties. Starting in 1982, they quickly formulated their sound and by 1986 they had released one of the most notable progressive metal albums that has stood the test of time, ‘Awaken The Guardian’.

Thirty years later Fates Warning decides to celebrate the monumentality of ‘Awaken the Guardian’ by performing two festival dates where the ‘Awaken the Guardian’ era lineup reunited and they perform the album in its entirety, with a few surprises thrown in here and there. This results in ‘Awaken the Guardian Live’ a live CD/DVD combo that encapsulates both live performances in both an audio and video format, for the most diehard Fates Warning fans. The first performance takes place at Keep It True XIX in Germany, while the second occurs months later at ProgPower USA in Atlanta, Georgia.

Listening to the live CD, it captures the same power and ferocity that we hear on the ’86 record. The reunited lineup, consisting of Jim Matheos (guitar), Frank Aresti (guitar), Steve Zimmerman (drums), Joe DiBiase (bass) and John Arch (vocals), sounds incredible. The dueling guitar matched with the underlying bass, powerful drums and Arch’s still soaring vocals is impressive to hear, and captured perfectly on the live CD. The CD features audio recording from both festivals, both of which contain ‘Awaken the Guardian’ in its entirety but also incorporates a few other songs to round out the set. The Keep It True XIX performance includes ‘The Apparation’, ‘Damnation’, ‘Night of Brocken’ and ‘Epitaph’, while ProgPower USA’s set has ‘The Apparation’, ‘Damnation’, ‘Epitaph’ and ‘Kyrie Elesion’. Throughout the album you can hear just enough chanting and crowd participation to know it’s a live album and really be able to visualize the size of the crowd – the passion and energy of the fans transcends through the audio. 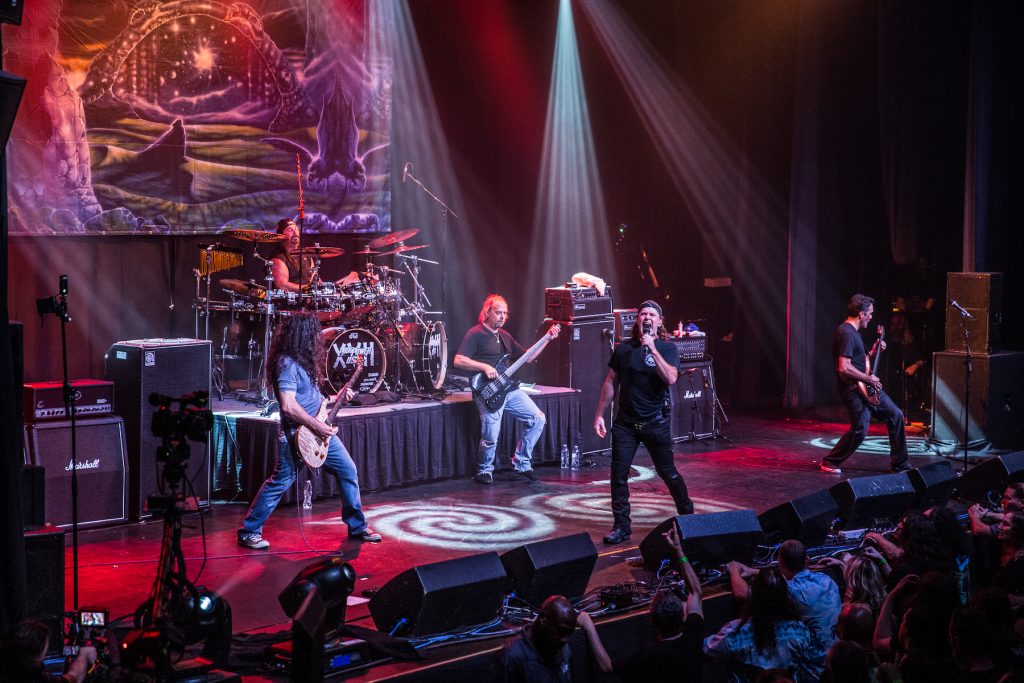 The live DVD, on the other hand, did not blow me away nearly as much as the live recordings. The principle behind the live DVD makes sense – to allow the fans who were unable to attend either show to see one of their favorite records performed live in its entirety by the guys who made it; however the visual aspect of the performance itself was lacking in my eyes. When I turn to a live DVD, I want to see off the wall energy and an in-your-face performance and ‘Awaken the Guardian Live’ didn’t deliver 100 percent in that category. This could be simply due to me having never seeing the band perform before and not being necessarily familiar with their performance style, but I would have liked to see a little more movement on stage and overall excitement from the band. However, the production of the DVD is great. Oliver Barth (director/editor) and his crew captured the band at every angle and from nearly every viewpoint – you are able to see the band perform from the front row, the back of the arena, the middle of the crowd and everywhere in between. There are also quite a few crowd shots that show the energy and excitement contained within each member of the audience. Similar to the live CD, the live DVD features recordings of full performances from both festivals. It is interesting to see that the band seems, in a way, more confident while performing at ProgPower USA. The energy is slightly heightened and there are little nuances throughout the performance that makes them seem more self-assured in their performance. ‘Awaken the Guardian’ is such a powerful and iconic progressive metal album, with blistering guitar and incredible force, I wish the power behind this record would have translated better in the live DVD.

If you’re a fan of Fates Warning, there isn’t a doubt that this should be added to your music collection. Regardless of how their performance translated in my eyes, Fates Warning’s reunited performances at Keep It True XIX and ProgPower USA celebrating the progressive metal masterpiece ‘Awaken the Guardian’ is something to be admired.