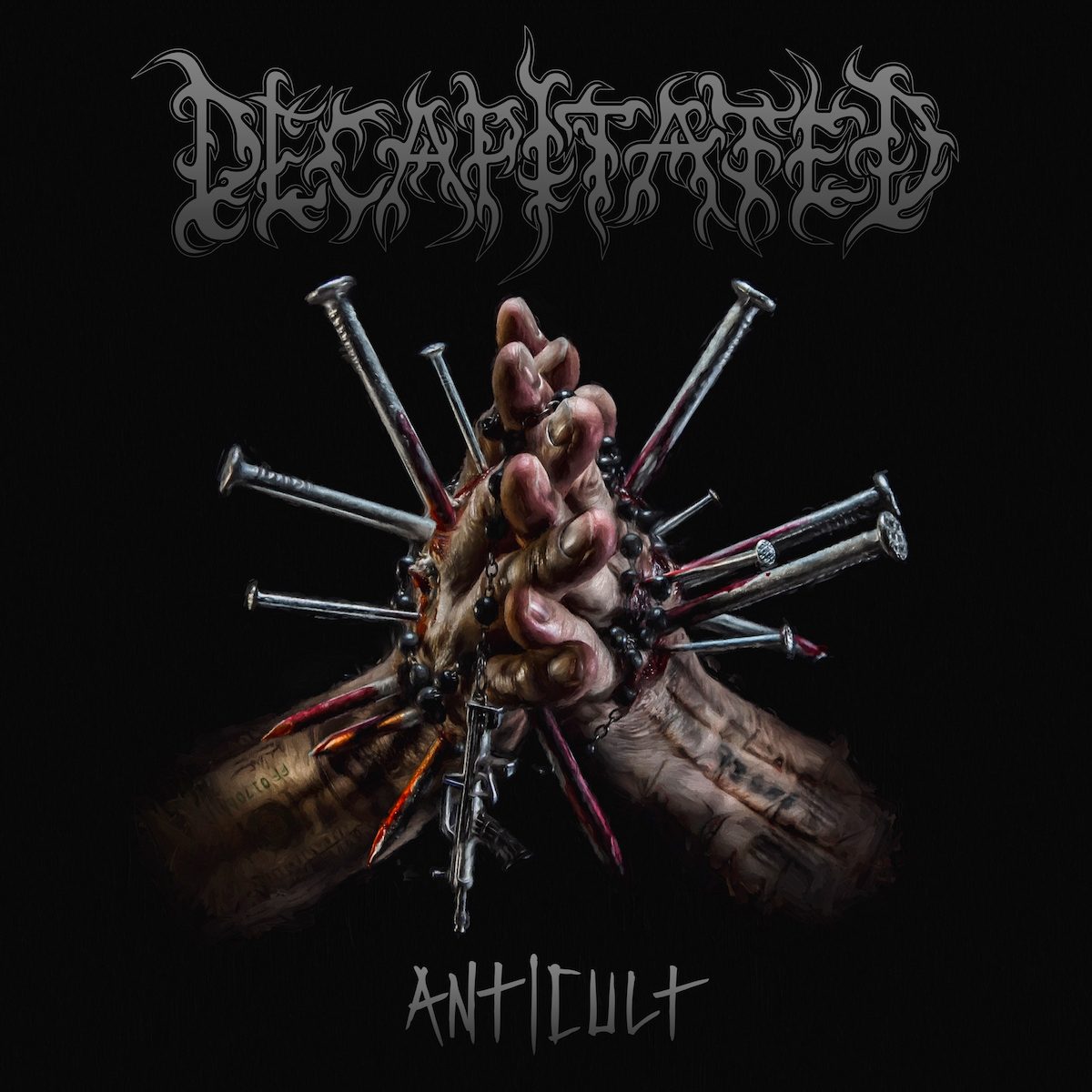 It’s unusual for a band to go through a serious and dramatic change, especially a tragic one, and maintain their same sense of style. I’ll give you a minute to think of one…. none really come to mind. The realization that their identity has now changed, for better or worse, is all a matter of opinion. The Metallicas or Maidens, AC/DCs, Sepulturas – and the list goes on. Add to that list Polish extreme metal band, Decapitated who are set to release their 7th album ‘Anticult’ through Nuclear Blast. This marks the third attempt to rejuvenate the derailed group in nearly a decade.

Upon first listen, I had to look twice to make sure I played the right album. The opening track ‘Impulse’ felt really out-of-character for me, as a fan. A couple of twenty-second blips of blast beats could barely keep me tuned in. In comes the breakdown metalcore sound they’ve adapted into more their style now. A lot if not all of the songs sound a lot less like the old Decapitated we used to know, and much more like various other commercially successful, and no-longer-underground bands. The weak argument of “maturing” set aside, when you’ve frequently listened to ‘Winds of Creation’, ‘Nihility’, ‘The Negation’ and ‘Organic Hallucinosis’ – you can easily distinguish the two different entities of what was and what is Decapitated now.

The intro segment of ‘Deathvaluation’ might perk the ears of mathcore fans, until the faster 1-2 punch speed metal kicks in, but changes back again to that modern metalcore / new wave of American heavy metal style which I can’t wrap my head around. It’s things like this that makes me more in the mood to listen to those types of bands, instead of a band that’s changed its style to fit a more commercial mould. For nearly the first minute of the third track, I almost breathe a sigh of relief as there was teased the old Decapitated sound. But again I was taken for a loop. Here again they try to sound like another band, a variation of that one successful industrial death metal band.

If this wasn’t labeled as Decapitated, it would be more palatable. I’d describe them as another band, trying to fit into various molds and genres, and cramming them into each song. Somewhere through the nu-metal, metal-core grooves and break-downs and even some “djent”, they manage to squeeze in some death metal and some blast beats in nearly every other song. This era of Decapitated is not as abrasive as before and is more catered to a wider audience. Unfortunately, ‘Anger Line’, the heaviest and most in tune to their old style, is also the shortest track on this release. This album is also rather short, with only 7 tracks, one being an instrumental outro, and in all just over a half-hour. ‘Anticult’ will be more up the alley for listeners who are not into the extreme side of metal, but crave something cool enough to say they are.