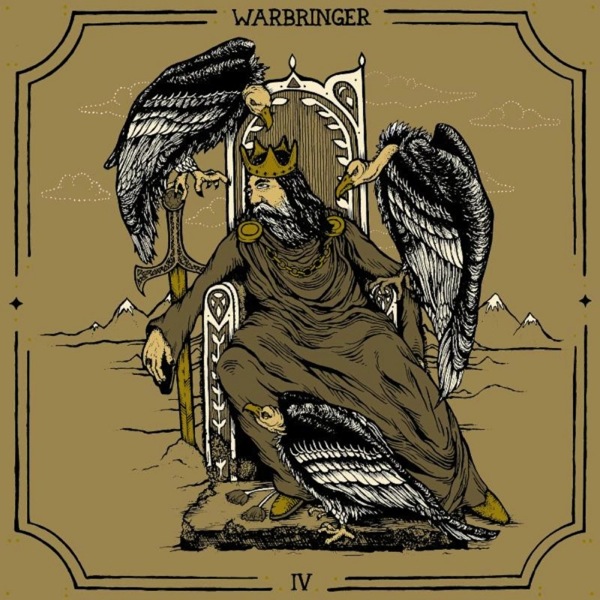 Southern California thrash tyrants Warbringer released their fourth studio album ‘IV: Empires Collapse’ earlier this year via Century Media Records. They’re a band notorious for doing relentless amounts of touring in the past few years, but with this album they’ve proved that the ritual of live performance night after night has turned them into markedly better musicians and their raised level of maturity is clearly evident upon listening to this new album, which builds upon what the band has done in the past and explores new, unconquered territories in terms of the musical style. This 41-minute set of 11 tunes is dynamic to the extent that on one end of the spectrum it has guitar melodies and rhythm sections akin to a blackened variety of thrash metal, and on the opposite side of it, the album treats listeners with beer-fueled, foot-stomping crossover punk-laden tunes like ‘Iron City’ and ‘One Dimension’. To coincide with the album’s late October release date they did a North American tour supporting Kreator and Overkill, and it made absolutely perfect sense because this album of theirs successfully captures and combines the Teutonic and American styles of thrash. From ‘Horizon’ to ‘The Towers Of The Serpent’, every tune is distinct in its own right, and lyrically, vocalist John Kevill has managed to cater to the individual needs of every song. Lines like ‘Hey man, that ain’t no solution!’ and ‘We’re going to play it loud and drink some shitty beer!’ would be unimaginable in Warbringer’s past albums, all three of which were certainly a more conscious nod to the serious, dark variant of thrash, but on songs like One Dimension and Iron City, those lyrics are a perfect fit. Throughout this album, the guitar work is fantastic, the rhythm section is brilliant, and vocally, Kevill is one of the very few thrash singers who’ve been able to develop a distinct style of enunciation which makes his voice unique, and he’s done that to a greater extent on this album. Warbringer’s newest effort is a must-have for all thrash lovers.