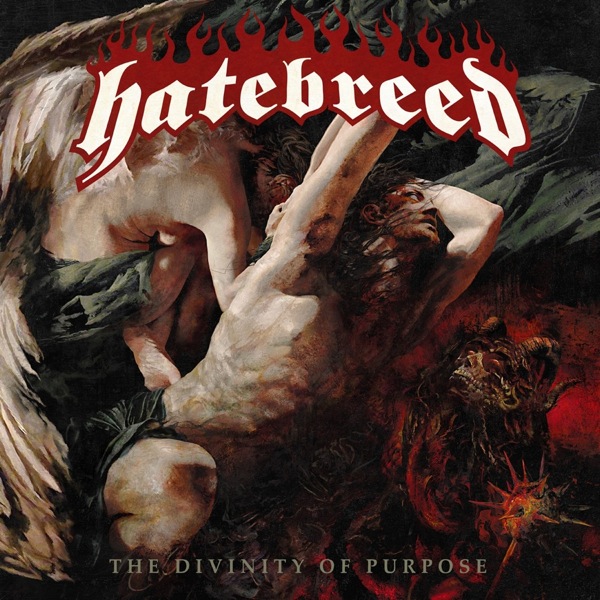 Connecticut metalcore outfit Hatebreed have been around for almost 20 years, and unlike a lot of their peers from back in the early ’90s, this band continues to deliver music that stays true to their roots, as was proven by the sixth studio album ‘The Divinity Of Purpose’ which came out in late January via Razor & Tie in America and Nuclear Blast in Europe. As strong as anything they’ve ever released, this album gives the listener Hatebreed’s signature blend of hardcore, thrash and punk all put together in a relentless 35-minute attack that hits the ears with nothing but sheer brute force. Frontman Jamey Jasta gives more than his 100 per cent for the vocals on these 11 tunes, and aptly describes the album as ‘All Pit, No Shit’. His band mates carry the same mentality into these compositions and drive their point across with short, high-impact tunes. ‘Put It To The Torch’ and ‘Honor Never Dies’ kick off the album with vicious intensity, but with a definite element of catchiness that draws the listener towards them. Things simply never fade away and there is not a single dull moment to be had during the 35 minutes of ‘The Divinity Of Purpose’. While most of it is what you would expect from a band like Hatebreed, there a couple of pleasantly surprising variations thrown in as well, like the tune ‘Indivisible’ with its highly enjoyable d-beat punk and fast-paced thrash.

Hatebreed’s latest effort makes you want to smash everything in your path, and serves as a great album for a gym workout. It’s probably the best album of the year for that particular purpose, and undeniably one of the most aggressive yet catchiest albums of 2013.

Track Listing:
1. Put It To the Torch
2. Honor Never Dies
3. Own Your World
4. The Language
5. Before The Fight Ends You
6. Indivisible
7. Dead Man Breathing
8. The Divinity Of Purpose
9. Nothing Scars Me
10.Bitter Truth
11.Time To Murder It