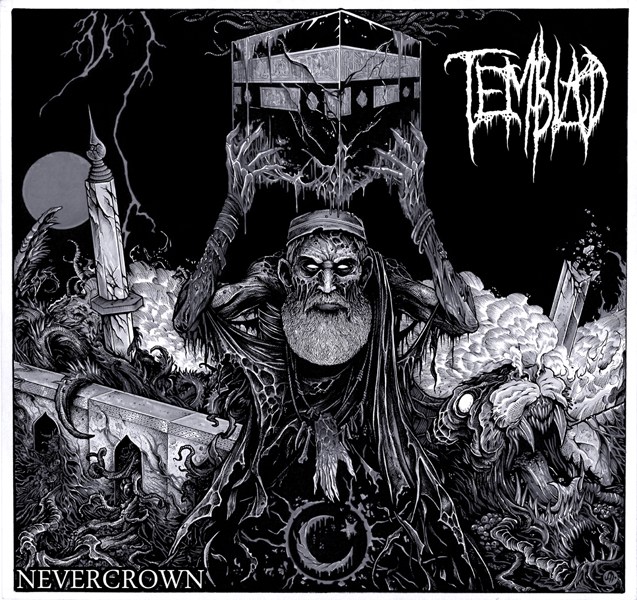 Flying out of the local San Diego metal scene is Temblad with the release of their first full-length ‘Nevercrown’. An extreme death/thrash metal band, there are no qualms with the pure fury unleashed on this debut LP. Face-splitting riffage, ear-melting solos and the drums lay down the unhinged aggression of a runaway locomotive.

‘Nevercrown’ is personification of extreme, the music flowing relentlessly through hard-hitting tracks that bring together extreme forms of thrash metal that carries a strong groove throughout. Tracks like ‘Hibernus’ display a distinct form of Temblad’s brand of extreme; the track taking you into a twisted groove that expands into their special amalgamation of thrash and death metal. The focus on both thrash and death metal offers up an interesting form of thrash that grooves in and out of speedy riffs before slamming into a wall of death. 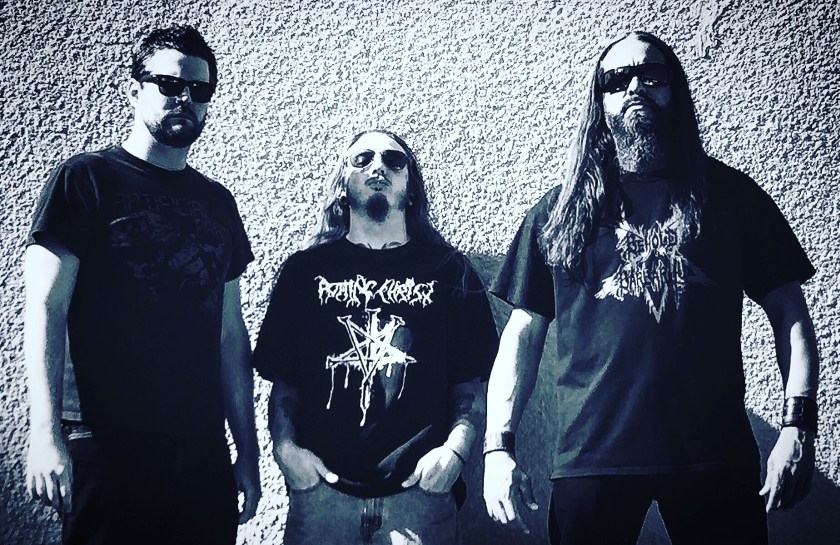 It’s a pounding and intense album, the wall of sound created by the constantly blasting drums and heated guitar riffage is ever present and crushing. Even while breaking into groove sections, the intensity and rhythm of the grind is present, tracks like ‘Ships of Traitors’ and ‘Geist’ sound like wrecking balls flying out of your speakers. I can only imagine what it would be like seeing this palpable wall of death in person.

It’s not enough for brutality to flow off the vibes of ‘Nevercrown’, often the band takes you off into more thrashy high flying solos before kicking you back into the pit that is Temblad. The grooves are on point, the wall of sound they bring is thick and crafted in a way that allows them to flow between grooves and thrashy elements without detracting from the musical focal point.

I need to take a second to mention how astounding extreme death/thrash drumming is, it’s just non-stop meth-head level speed. ‘Nevercrown’ brings a style of metal that keeps your musical ears on their toes and your head banging as the record burns through at light speed. That’s definitely a style of metal I can get behind.