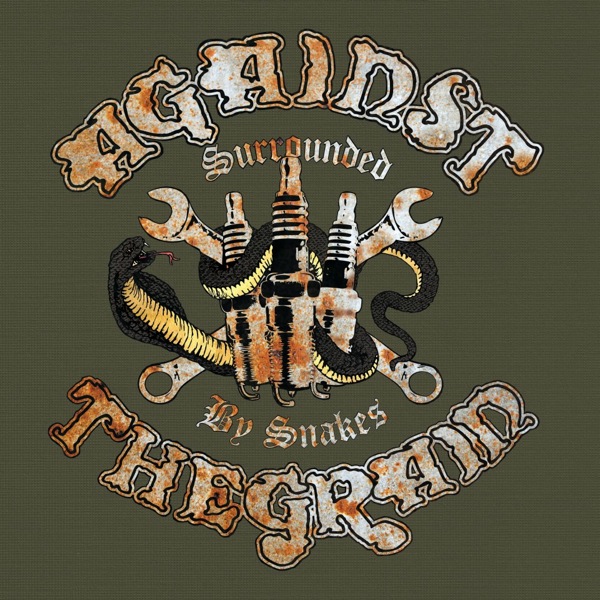 Detroit, Michigan-based ‘speed rock’ outfit Against The Grain wear the Motor City spirit and attitude on their sleeves, expressing it through blazing tunes comprising of a delicious melting pot of stoner rock, speed metal and punk, served in short, precise doses. Having started as recently as 2009, they’ve already been prolific with releasing music, putting out a self-titled album in 2010, a 7″ split EP the following year, the ‘Motor City Speed Rock’ album in 2012 and their latest full-length called ‘Surrounded By Snakes’ earlier this year. This new effort treats listeners with tunes that carry a similar vibe to the band’s previous work, but the Motor City speed rock band has proved on this occasion that they have more than one gear, as they’ve shown the ability to slow down and throw in riffs that blend smoothly with the faster bits. The album gets off to a blistering start with ‘Raise Your Glass’, the title song takes it a notch further, and in essence it never loses momentum. This album is best described as 30 minutes of foot-stomping, fist-pumping, head-banging heavy stoner punk music.