The year of 2013 has 50 more days left before it draws to a close, and this time I decided to make my year-end ‘best of’ as a grand top 50 albums countdown with one album featured per day leading up to the end of the year, rather than a single list. You might think picking out 50 albums must have been easy, because the higher the number of albums the easier it should get, right? But that was certainly not the case, as 2013 has seen a plethora of great album releases. Selecting the best 50 and then ranking them was a herculean task but I’ve given it my best try. For this list I’ve listened to all albums released (or slated to release) between January 1st and December 31st 2013, and as usual, I’ve considered only full-length studio albums of original material. Without further ado, I present to you my 2013 year-end top 50 albums countdown. 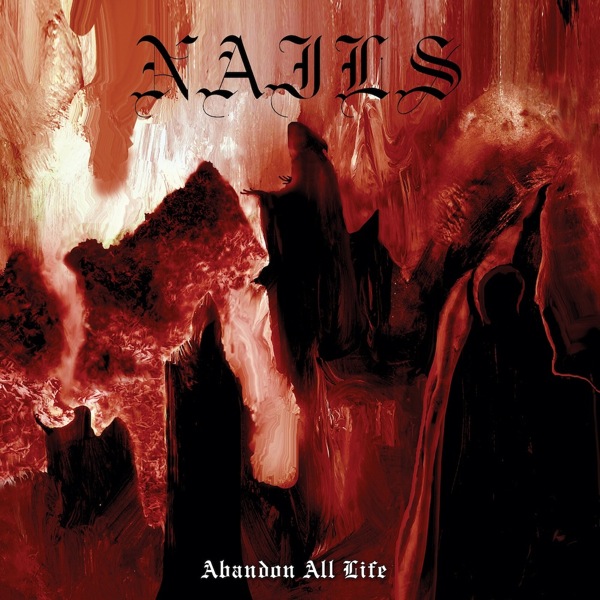 Whether it comes to studio albums or live performances, Oxnard, California’s power violence outfit Nails simply never disappoint. In March 2013, they came out with their second full-length album ‘Abandon All Life’ via Southern Lord Recordings. On this album, the Todd Jones-led Nails have put forth some of their most devastating work, dominated by relentlessly fast-paced, concise tunes along with a couple of slow death grinders like ‘Wide Open Wound’ and ‘Suum Cuique’ thrown in the mix.

Nails’ prime strength lies in their crushing live shows, but this time they’ve shown, perhaps more than on the first album, that they can dig in and produce a set of tunes that would echo around the headphones, living rooms and vehicles of those who enjoy this sub-genre of music. From local Los Angeles shows they’ve broken out into playing shows elsewhere, even in the UK where they are as I write this piece. Their success as a live band has clearly propelled them into becoming a stronger band in the studio, as is evident on ‘Abandon All Life’. This album isn’t for the faint of heart, but is certainly one of the best of 2013.