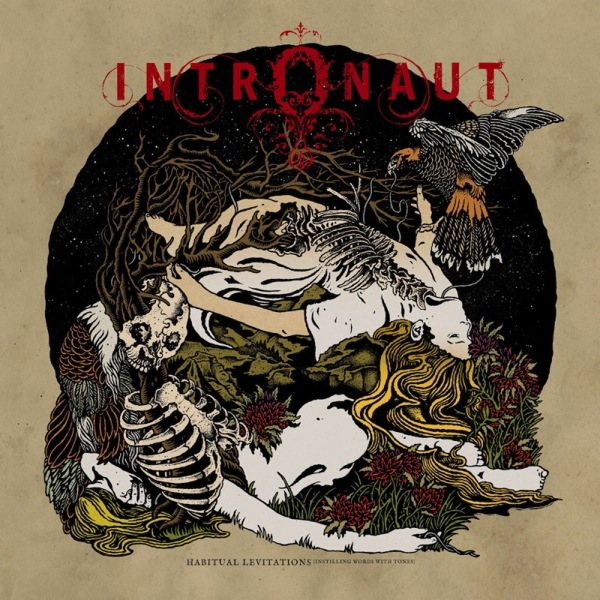 Since their 2004 inception, Los Angeles-based progressive metal band Intronaut steadily built a reputation, garnered a cult fan base and earned the respect of critics through their creative musical expressions on the first three studio albums ‘Void’, ‘Prehistoricisms’ and ‘Valley Of Smoke’, along with some spellbinding live performances. This year, with the release of their fourth studio album ‘Habitual Levitations (Instilling Words With Tones)’ via Century Media Records, they succeeded in reaching new heights and have certainly attained a new peak in their forever ongoing musical progression. This album emphatically surpasses everything they’ve done in the past and has a mind-blowing level of impact on listeners. Sacha Dunable and Dave Timmick have clearly upped their skill set on guitars. Nearly not enough can be said about the talents of Joe Lester on bass and Danny Walker on drums, and Intronaut’s vocal delivery, specially of the clean variety, is sounding better than ever. Most longtime members of the Los Angeles heavy music community probably already knew just how insanely talented this quartet of musicians is, but their abilities have been showcased for the whole world in a grand manner through this album. ‘Habitual Levitations …’ is a slow, gradual 57-minute composition, wherein each piece paints its own story through a variety of sonic landscapes while adhering to a common underlying theme. Besides employing the modern prog metal sound they’re known for, there’s some additional variation this time around with jazzy tunes like ‘Harmonomicon’. Intronaut might not be everybody’s cup of tea, but in many ways they are the Pink Floyd of modern metal and their latest album is decorated with musical brilliance from top to bottom.