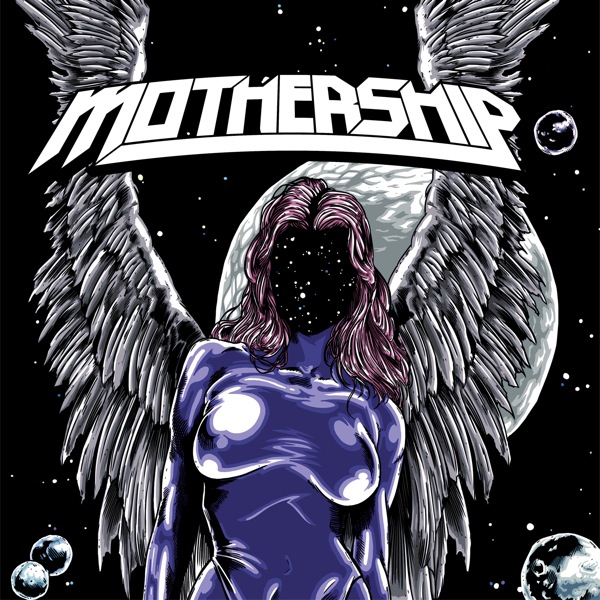 Started in 2010 by brothers Kyle and Kelley Juett, Mothership is a rock trio based out of Dallas, Texas. They released their self-titled debut full-length album earlier this year, offering fans of heavy stoner/doom rock a 45-minute set of eight tunes that spell pure awesomeness. Everything about this album is gloriously reminiscent of a by-gone era, when album covers were so awesome that you’d be compelled to buy the album just for that reason, the music was pleasantly simple, catchy and well-written, and the production was not overdone but crystal clear. Mothership’s debut offering gets the listener hooked with solid riffs, delightful solos and groovy old-school rock drumming. Starting with the aptly titled ‘Hallucination’ and providing great treats like ‘Cosmic Rain’, ‘City Nights’ and ‘Win Or Lose’, the album keeps the rock flowing all the way through the final track ‘Lunar Master’. Certain pockets of Texas like Dallas and Austin have always prided themselves on producing great rock, and with a debut as spellbinding as theirs, Mothership have stamped their authority as one of the most promising rock groups coming out of the area. They’ve already made their mark in America touring all across it opening for like-minded bands, and if they keep writing such amazing tunes, they’ll only go up from here. Mothership’s self-titled debut is without doubt one of the most accessible heavy music releases of 2013.