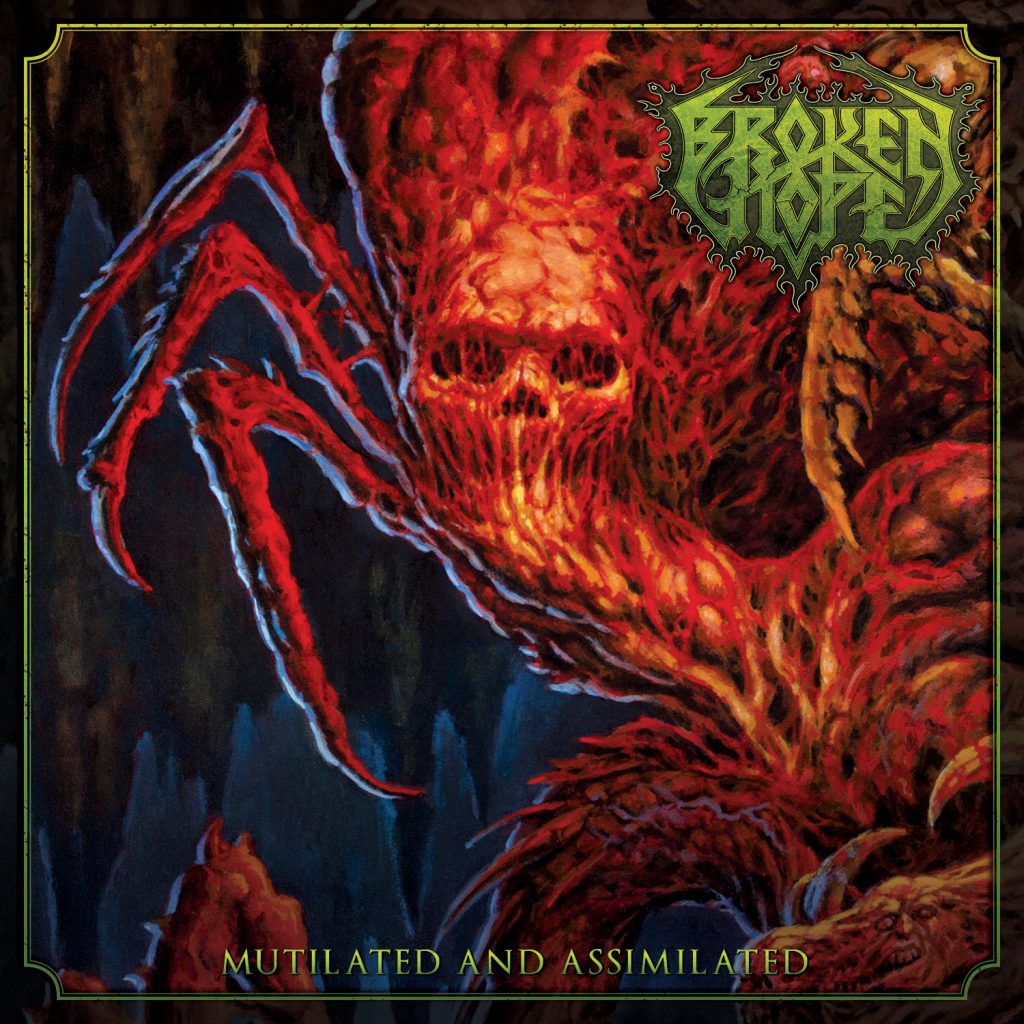 Since their return from hiatus in 2012, Broken Hope has quickly gotten back into the game. Following up on the 2013 comeback album ‘Omen of Disease’, this year they bring their seventh album ‘Mutilated and Assimilated’, through Century Media. It’s death metal at its purest, filled with guttural vocals, crushing riffs and blasting beats. Probably their best material to date, ‘Mutilated and Assimilated’ is a relentless onslaught.

Right from the get-go, you get the sudden impact of brutality that had been brewing in founder and guitarist Jeremy Wagner’s veins. The songs constantly transform from one sick riff to another. Not technically a progressive reach but definitely demonstrating smooth technical ability here. With songs averaging about 3 minutes in length, they do well in making sure they don’t lose you nor overwhelm you with every second. 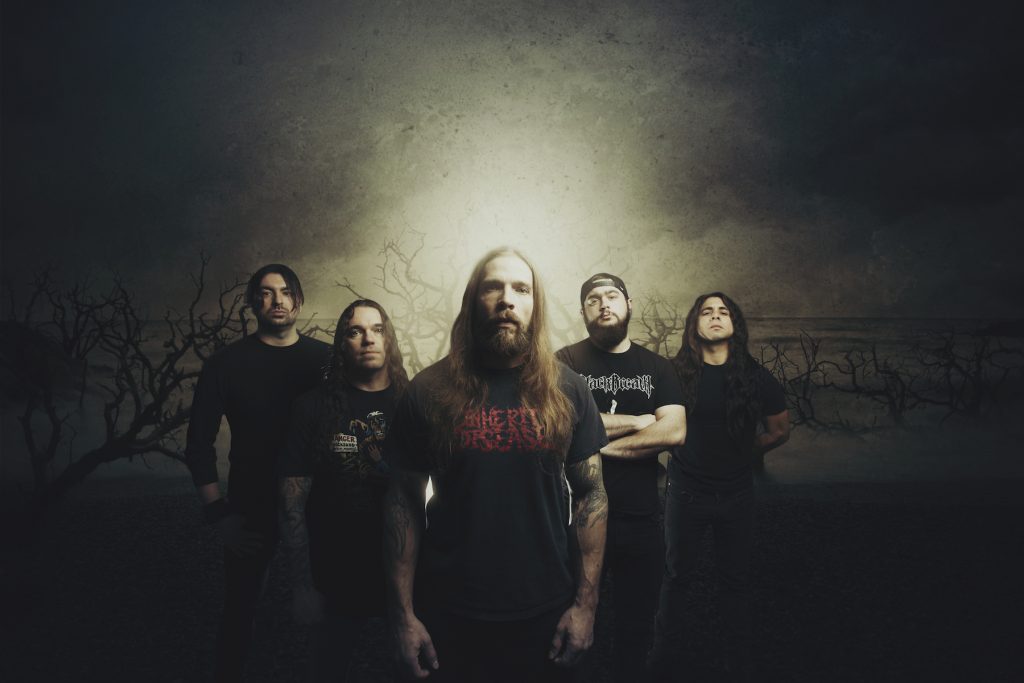 Drummer Mike Miczek lays down some great work here, melding a variety of blast beats. Skank, bomb-bast, you name it, he definitely slams that exclamation point on this record. And the vocal style from Damian “Tom” Leski is simply blood curdling. The combination the group has brought on ‘Mutilated and Assimilated’ maintains its organic feel with some great production as well, thanks to Scott Creekmore.

You can feel Wagner had put a lot of heart into this long overdue record, given the added fact that being a big Jeff Hanneman fan, he used the same guitars he’s collected from him to write and track the guitars on this album. Bringing in the spirit of Jeff Hanneman as an honorable and perhaps sixth member, helped push Wagner to write this record.

Some of the standout tracks on this record are ‘The Bunker’, ‘The Carrion Eaters’, and the 2-minute blitzkrieg in ‘Blast Frozen’. That said, there really isn’t any song here that falters, nor drags the album down. It is chalk full of sick, neck-breaking death metal. Add to this, the bonus re-vamped 2017 version of the 25-year old track ‘Swamped in Gore’, coming from their 1991 debut of the same name, makes for a great compliment to an already great album.

This here is another demonstration of how underground death metal is continuing to hold strong and this will receive a strong welcome with new listeners, and even a great pat on the back from diehard fans of the band. Some will even be pleasantly surprised, and for many, it will definitely be on constant rotation in car stereos and playlists. Hails Broken Hope for a solid, ripping job on ‘Mutilated and Assimilated’.