Devotees of the Swedish group Sister Sin despaired when the band announced their split in the Fall of 2015. Yet less than a year later, a new day dawned when frontwoman Liv Jagrell announced she’d be making a solo album. The saucy Swede who goes by the name of Liv Sin, knew she had a lot more to give and was determined to deliver new music for her fans. Promising a record that is ‘metal deluxe’, Liv and her band are ready to unleash their sound on the world. Their worthy work ethic has finally paid off and their new album, ‘Follow Me’ is here, hitting stores everywhere April 28th.

Sister Sin was known for their classic, old-school metal sound. Liv tries to transfer a lot of that Judas Priest and Motley Crue influence into this new project. The record rips open with track, ’The Fall’. Immediately your ears indulge in the fat, fabulous riffs that are blaring loud. Their thick, delicious sound instantly releases the energy that soaks the song. The hammering of the bassist anchors the piece, keeping it catchy and classic. As the album continues with ‘Hypocrite’, you can hear how very processed the sound feels. Everything is neatly crisp and clean. The vocals of Liv being so digitally modified, it’s distracting from the music. Her influence of Rob Halford is there, but instead of replicating his raw power, it’s replaced with reverb.

The first single off the album ‘Let Me Out’ is one of the strongest numbers on the whole album. There’s angst accompanied with a pop sound that gives it a slight gothic edge. With little to no variance in the vocals, the guitars shine, sweep, and soar, giving the track substance. Songs like ‘Black Souls’ and ‘Killing Ourselves To Live’ (which also features Schmier of Destruction) are direct, honest numbers with simple lyrics that will take little time for the listener to decipher. The music continues to be catchy and the riffs refreshing, as each song highlights the intuitiveness of the drummer. The instruments could stand on their own, which is ironic since it’s the singer’s solo album. If you want to enjoy the album more, skip track ‘Endless Roads’. It’s questionable if the grating, whiny sound of the number is intentional or not. 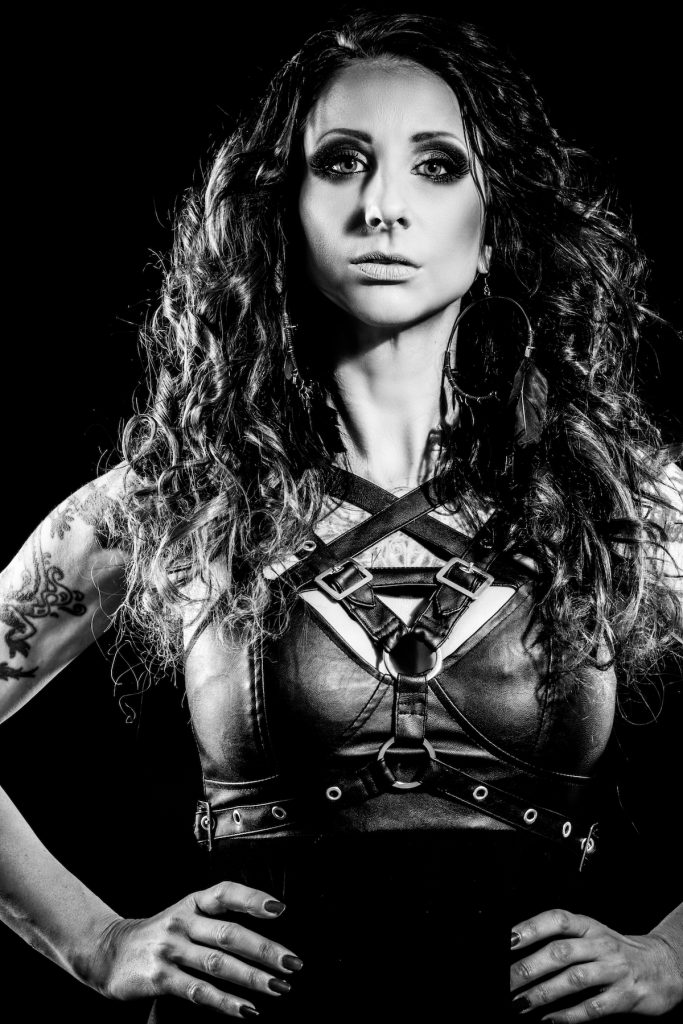 ‘Immortal Sin’ is the most enjoyable track on the album. This cover from Rob Halford-fronted band Fight’s ’93 debut album ‘War of Word’ is a treat. With guest vocalist Jyrki 69 from The 69 Eyes, the song carries a slightly ghoulish feel. His relaxed approach balances out the intensity of Liv’s yelling. The woman knows one speed and she is very good at it, but some variety is nice every now and then. The pair duel together creating fire and emotion, ending the album on a high note.

This record has a universal appeal. It’s heavy and catchy with a chick wearing leather at the helm of it all. Yet it might take more than one sitdown to get through it. This 12-track record should have been half its, length since most of it repeats itself. Liv’s limited vocal range gets tiresome after a while and is best taken in small doses. The band’s drive and energy is impressive and it’s clear they love what they’re doing. You have to admire Liv’s spirit and the fact that she’s getting back to it after her band of 13 years ended. It’s a fun record and it’s worth at least a listen.