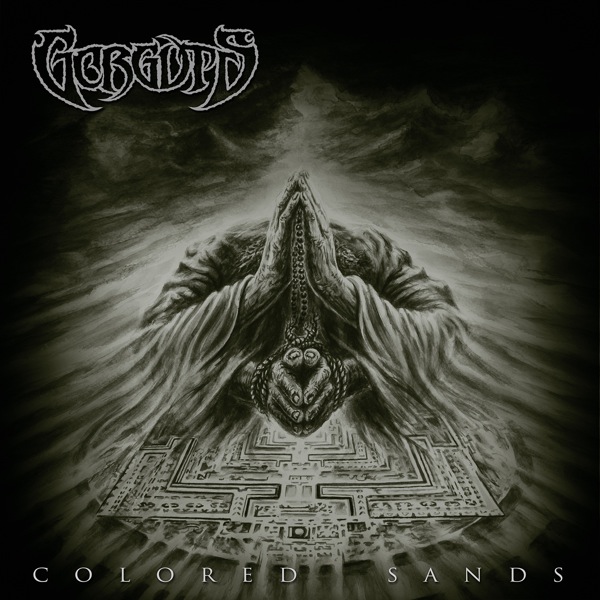 Canadian technical death metal band Gorguts started out in 1989 and then disbanded in 2005, but ended their hiatus and reformed in 2008. Since then, they’ve been touring and writing new material, which finally resulted in the release of their long-awaited fifth studio album ‘Colored Sands’, which came out via Season Of Mist Records earlier this year. Their first since the 2001 effort ‘From Wisdom To Hate’, this was a hugely hyped album in the extreme metal community, and the band had a lot to live up to. It’s fair to say that guitarist, vocalist and principal songwriter Luc Lemay has come up with some of his best, if not the best work through this 9-track, hour-long epic. The manner in which he has laid down dark, dissonant guitar melodies is this album’s most outstanding feature and gives it a strong degree of expressiveness. ‘Le Toit Du Monde’ starts things off on a very ominous note and that feeling is maintained throughout the album. This is Gorguts’ most progressive and diverse set of tunes till date, so the 7 to 9-minute lengths of some of these tunes is perfectly justified and doesn’t feel overdone. Besides the heavier material which certainly goes down well amongst extreme metal fans, the classical piece ‘The Battle Of Chamdo’ is a real gem in itself and showcases Gorguts as a band with a greater depth in musicianship in comparison to most of their peers in the extreme metal sub-genre. This composition appropriately forms the centerpiece of the album and as a result, catapults its second half with a force that feels greater than what it would have, sans the classical piece. With fantastically composed songs like ‘Enemies Of Compassion’, ‘Absconders’ and ‘Return To Silence’, Colored Sands draws to a close and leaves the extreme metal lover satiated. Gorguts’ latest album is a masterpiece in its own right.