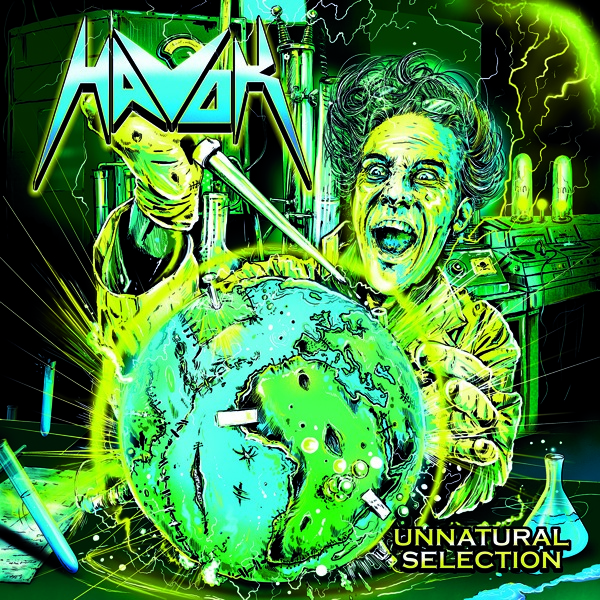 Denver thrashers Havok have been around since 2004, and released their third full-length album ‘Unnatural Selection’ via Candlelight Records earlier this year. Led by guitarist/vocalist David Sanchez, Havok have not only strived to play and revive the old-school thrash that they clearly love, but have also attempted to throw in some un-thrash elements to diversify their sound and make it more interesting than that of a generic thrash band. On this latest album, they’ve done that to a greater degree than on the previous two. Starting out all guns blazing with furious thrash tunes like ‘I Am The State’ and ‘Give Me Liberty… Or Give Me Death’, this 10-track album offers plenty of speed and aggression but the slower parts and guitar melodies lend an excellent balance, and the production values are simply outstanding, highlighting each and every aspect of the music. Besides taking a forward leap with his guitar playing, David Sanchez has developed as a vocalist as well, with a voice that’s in some ways reminiscent of Death Angel singer Mark Osegueda. His bandmates Pete Webber on drums, Reece Scruggs on guitar and Michael Leon on bass do their respective jobs to perfection, making ‘Unnatural Selection’ an extremely well-rounded and in-your-face thrash album. Their cover of Black Sabbath’s ‘Children Of The Grave’ is a pleasant bonus throwback and provides the icing on the cake. Havok’s ‘Unnatural Selection’ is without doubt one of the finest albums of the year.