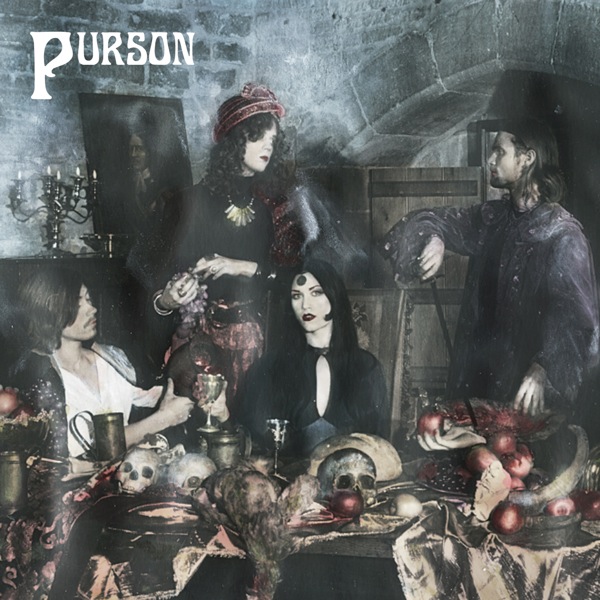 Hailing from London, England, psychedelic rock band Purson began their occult-themed journey of musical expression in 2011, and released their debut full-length album ‘The Circle And The Blue Door’ via Metal Blade/Rise Above Records in April this year. Led by frontwoman and founder Rosalie Cunningham’s deeply dreamy vocals, Purson’s music boasts of a compelling synth sound obtained by the use of the organ, mellotron and wurlitzer, fuzzy guitar parts and a rhythm section that plays a crucial role in keeping structure in an otherwise spacey vibe, all encapsulated within 48 mystical minutes through crystal clear production. Rather than an ominous doom atmosphere that’s typically the aim of creation for most of their peers in the current crop of 70s rock revival bands, Purson’s debut album has more of an ancient carnival-like feel to it which is perhaps what isolates it from the albums released by said peers. Rosalie Cunningham’s vocal delivery and lyrical content is certainly poetic in its outcome, making it an enjoyable listening experience. The album is slow and gradual in its impact, with the exception of two relatively faster-paced tracks ‘Leaning On A Bear’ and ‘Sapphire Ward’ and both are enhanced by the buildup of the slower tunes preceding them. For admirers of synth-laden female-fronted retro rock, Purson’s ‘The Circle And The Blue Door’ is as good as it got in the year 2013. These musicians are very young and have only just begun their career, but if their future releases are anywhere near as good or better than this hugely impressive debut effort, they will certainly go a long way towards spreading their poetic occult rock to the masses.