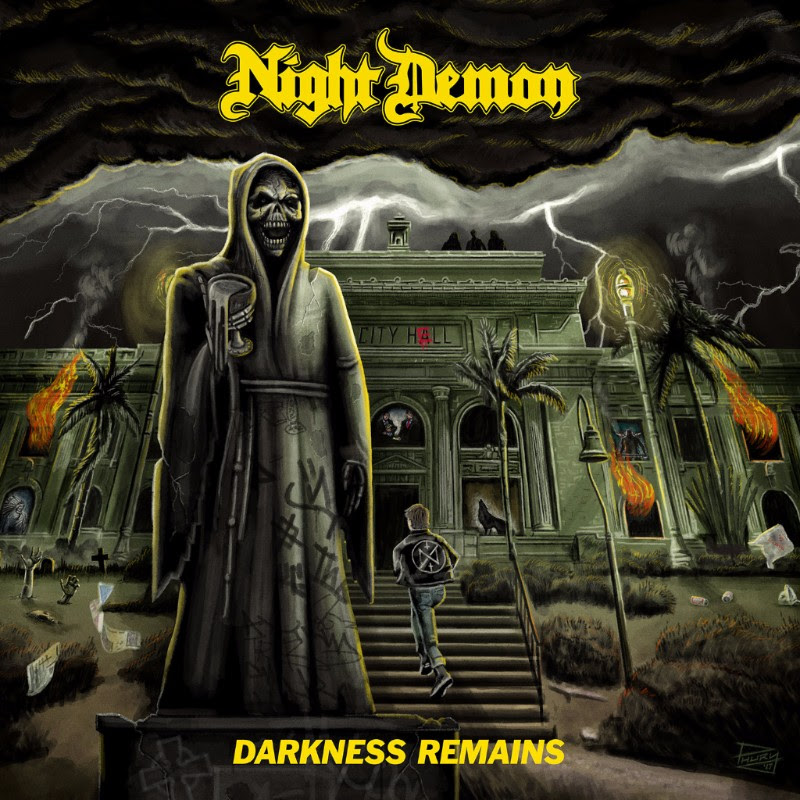 There’s a niche of bands that are going for a more classic approach on metal that have been popping up in the past decade. For lack of a better sub-genre it’s being refered to as “traditional metal”. Night Demon, who released their self-titled debut EP in 2012, is one of the front runners of this movement. They deliver a fantastic new offering of it with their new record, ‘Darkness Remains’.

Jarvis Leatherby, pulling double duty in the band’s power trio setup, lays down a solid counter melody on vocals while playing the main melody on bass with rhythms that play as much around the beat as on it. The idea of even trying to do that makes my head hurt. The bass tone cuts through the mix while remaining very thick and powerful. The bass playing is technical without being frivolous. It’s tasteful and elegant at the same time. The lyrics are delivered with both clarity and precision. 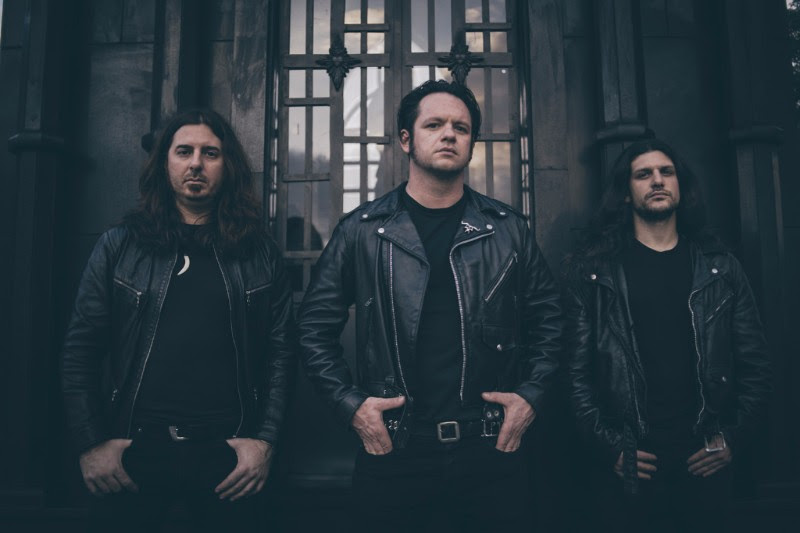 Dusty Squires also does a great job of hovering between virtuosity and taste. The beats keep the head bobbing, and the fills are attention grabbing. He’s absolutely on point throughout the record. Fast. Slow. Doesn’t matter. He doesn’t miss a single beat.

Gutiarist Armand John Anthony might be my favorite part of the record. He plays traditional metal guitar in one of the purest ways I’ve ever heard. He gets the nuance of the late ’70s/early ’80s guitar heroes pretty much perfect.

The thing that makes this record really stand out, though, isn’t the individual performances. It’s not all that often you hear a record by a band that plays as a solitary unit. Every piece fits together perfectly to create something larger. The pieces by themselves are formidable as they are, but once it’s all put together it’s incredibly easy to get lost in the songs. The riffs get stuck in your head. The choruses wake you up in the middle of the night. It’s impossible to listen to this record and not head-bang… and I’ll be damned if your hand doesn’t reflexively make devil horns while you’re at it.

Traditional metal holds a special place in my heart, and these guys are one of my favorite current bands. Their new record does not disappoint in the slightest. For fans of old-school metal, this is a band that needs to be in your rotation, and this record belongs in your collection.