The New Jersey six-piece band Fit For An Autopsy started their adventure in 2008. The winds blew in their favor when the release of ‘The Process of Human Extermination’ happened in 2011. It was the band’s first full-length album and its angry, abrasive sound caught the scene’s attention. They worked through the ranks of deathcore till they became one of the staple bands of the genre. Known for their extreme, chaotic sound and their lyrics about current world issues has made them accessible to all types of metalheads. They found a balance of addressing issues without being preachy, and that’s something everyone can appreciate. This new album, ‘The Great Collapse’, follows suit in their iconic sound, but branches out and pinpoints some new, more aggressive sounds.

Yet the first song on their fourth full-length, is the worst opening track they could have picked. ‘Hydra’ wallows in the pits of mediocre deathcore, sprinkled with the farty sound of djent. The weak spots in Fit For An Autopsy all surface in this one number. It’s a brick on the chest sinking you into the nasty, boring bogs where ‘Hot Topic’ bands spawn. Only optimism keeps you from turning it off.

The optimism pays off. ‘Heads Will Hang’ completely changes gears and moves the album into a new, compelling direction. A deliverance of edgy, precise brutality is given by the founding guitarists, Will Putney and Pat Sheridan. The riffs shine with their obvious inspiration from the masters, Gojira. Showing off their more mature technical vibe carries the song along with running partner Joe Badolato, whose vocals give that sweet, sexy layer of fierceness. This number has multiple movements, including a section with clean vocals that provide such poised drama that it causes a meaningful, heartfelt effect. Some very ambient, precious, and precise moments happen causing you to hope the whole album stays in the same vibe.

Indeed, the guitar goodness continues on the track ‘Black Mammoth’, a meaningful song about the world’s sad, current events. You can see the dark cloud built over the sound that they push with its deliberantly blunt, venomous riffs, vocals and drums. The chorus strikes hard and makes your belly tingle. Thick, layered guitar work makes the song audacious, intense, ominous and relevant. They carry off in chaos and travel, hitting some sludge, and even industrial tones in their sound. Some bittersweet strings are strung and you can hear the honest ache in their playing. 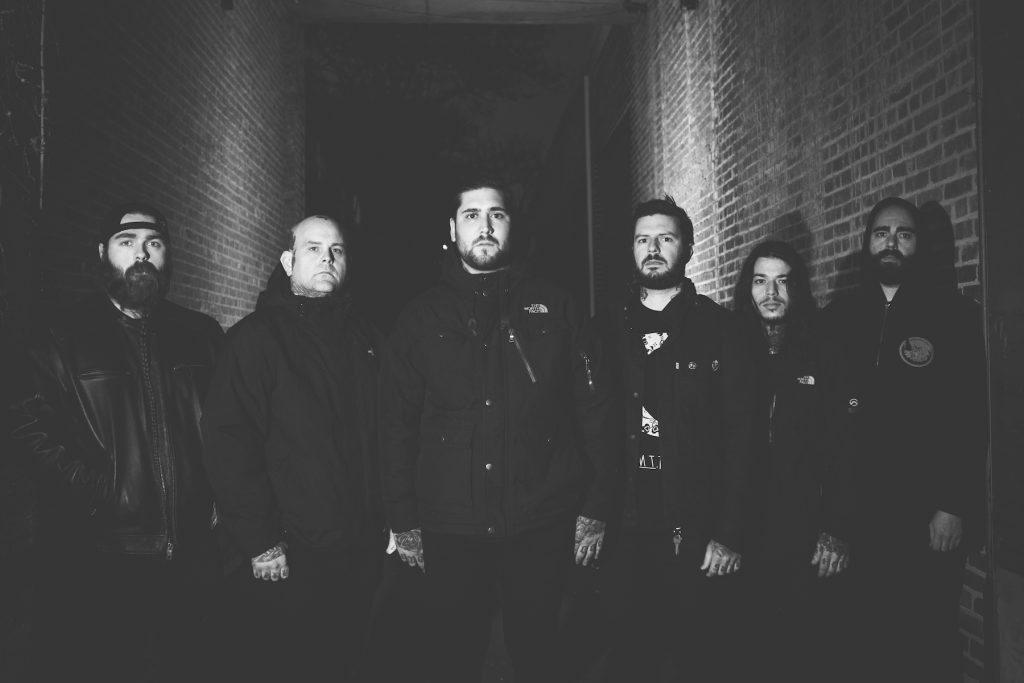 You hit the middle of the album with ‘When the Bulbs Burn Out’ . A slow, instrumental intro gives you some time to breath. The song musters an eerie vibe with its lyrics questioning current events and continues down the tunnel of dark themes. The three guitarists lead with strides of synergy creating a majestic, melancholic elegance in the song. Their bold branching out fills the record with dynamic intrigue. It carries the listener to deep levels of gloom and concern, making you get lost in it. They invite you to let go and be washed over by sadness and strife.

‘Too Late’  is an ugly, sultry string-bending song that seduces you. With its hooks, groove, and slight sludge vibe, it escorts you deeper down into the dark womb of worrisome world affairs. You go down and inhabit a place where blast beats, epic growls, and gritty guitars reign. You wish that the album would end on such a dark, brutal note, but it doesn’t. Sadly the record comes full circle and ends with a track similar to ‘Hydra’. The lack of variance on ‘Spiral’ makes the number forgettable, and the djent is back on this track.

Overall, this album stirs the soul with its moving, heavy, relentless energy and message. A few weak spots make room for the more innovative and interesting numbers to shine. And shine they do. This record is a bright light in metal releases this year. Fit For An Autopsy nails the gnarly edge of extreme metal, twisting it up with modern deathcore and some powdered progressive themes on top. Certainly an album to purchase. Just skip the first and last tracks.