Are you a fan of Liquid Tension Experiment? Steve Vai? Buckethead?

John 5 is, and he shows his affinity for virtuoso jamming in his new solo release ‘Season of the Witch’. John 5, previously of Marilyn Manson and currently of Rob Zombie, puts together a phenomenal body of virtuoso rock. Every track is a guitar led shred fest that quickly builds wildly progressive rhythms for John 5 to lay down his talent on top of.

‘Season of the Witch’ isn’t just a showing of John 5’s technical skill from first track to last, it gives insight to how truly diverse John 5 can be when stretching his writing muscle. You’d probably think you’re getting a typical heavy metal side project just from the packaging of this record; it’s a John 5 record called ‘Season of the Witch’ that gives you every indication it will not go in the direction it takes.

The track ‘Black Grass Plague’ has John 5 running wild over some jaunty “banjo/bluegrass” riffage (yes, I’m being sincere when I call it banjo-rock). This record provides a multitude of tones for John 5 to expertly play with. ‘Hell Haw’ brings out the best of John 5’s ‘Disneyland’ ’50s boardwalk rock while hitting the opposite end of the rock spectrum with ‘Making Monsters’, a love letter to classic horror.

Now, there are a lot of people who would be turned off by prog-rock shred records; I personally know of people who can’t stand Steve Vai because of his affinity for pure virtuoso shredding. John 5’s backing band, The Creatures, is an absolutely talented backing piece for John 5’s virtuoso work. Bassist Ian Ross and Drummer Roger Carter get just as technical as Johnny boy, providing rhythms for each track that aren’t just glorified backing tracks for John 5. You know that these two bring serious magic to the record when it could be just as great a record with any virtuoso guitarist, not just John 5.

I have not heard such a fantastic virtuoso jam record since I discovered Liquid Tension Experiment; for those who aren’t aware they’re a Dream Theater side project that pushes virtuoso rock and metal to Dream Theater level prog-wankery. 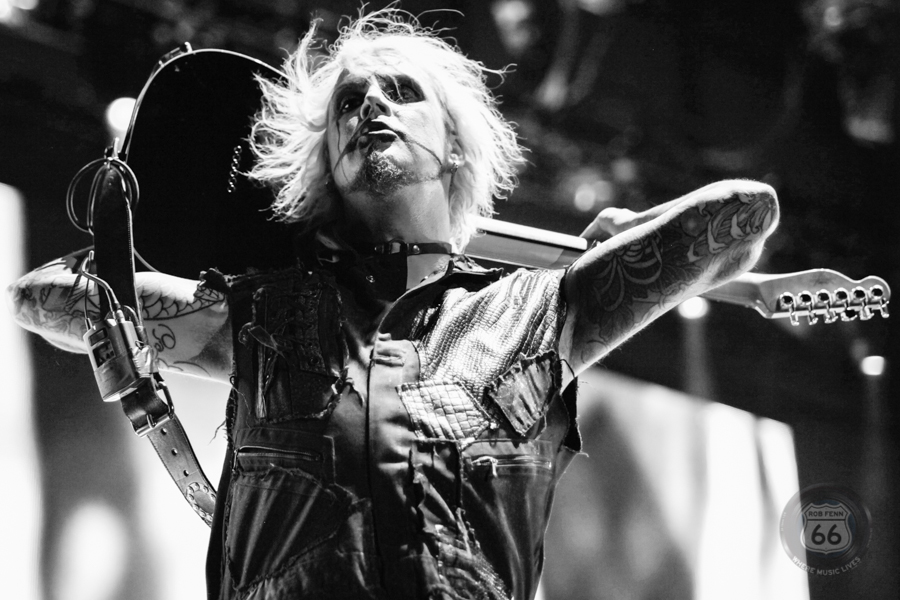 This is the type of record that you either hate or love, it is an unbelievably fun record full of technical talent and seriously emotionally stirring pieces of music such as ‘The Macrabe’ and ‘Behind the Nut Love’; though if you have little patience for virtuoso driven prog-jams this likely won’t be up your alley.

Again, I should mention that this record is NOT what someone looking to explore the John 5 catalog and expecting the showing he brought with Marilyn Manson or Rob Zombie. If you’re familiar with the solo work of John 5, the build of this record won’t be a surprise to anyone, which is a bit of a lie because no matter how close you follow John 5 you will be thrown for a curve with this record. It’s fun, occasionally beautiful, technically impressive and all around a perfect showing of the guitar styling and personality of John 5.

Oh, and one more time, listen to the track ‘Hell Haw’ even if you don’t care for this style of music. John 5 brings the Disneyland magic into your speakers which is honestly worth the entire listen of the album even if you despise it the whole way through. However, if you understand what you’re getting into, you’ll love the album ‘Season of the Witch’; this isn’t your basic bitch metal record. This is John 5.