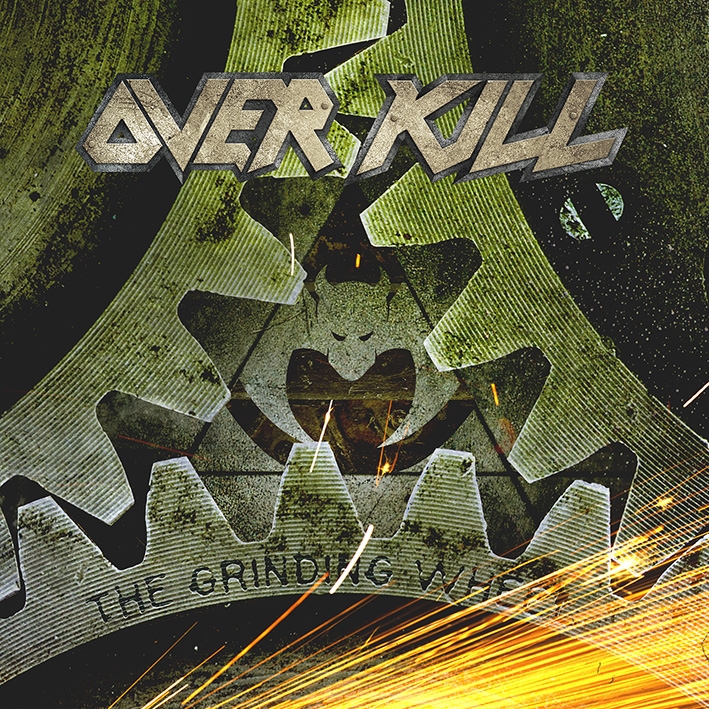 Overkill has always been a thrash metal giant that’s flown under the radar, if not often being under-appreciated among fellow thrash gods such as the members of the so-called “Big Four”. Overkill has always been a pure and heavy no-holds-barred speed demon grinding you up with monstrous riffs; completely relentless and non-stop from track to track throughout an illustrious career that has already spanned nearly four decades. ‘The Grinding Wheel’ may be the 18th studio album from Overkill, but it avoids the clear issue with many aging metal acts nowadays who substitute blistering speed and agonizing riffage with a more Alice in Chains “heavy sludge” approach. While this approach has worked famously for a few notable metal acts, many suffer the damage of their music “aging”.

Rest assured, nothing about ‘The Grinding Wheel’ suggests Bobby Blitz’s song writing has aged, ‘The Grinding Wheel’ being pleasantly indistinguishable in tone from Overkill classic “Feel the Fire”. Bobby Blitz and bassist D.D Verni lead the songwriting on an album that instantly finds its home among Overkill classics. Although the songwriting is led by Bobby and D.D, drummer Rob Lipnicki steals the spotlight with a surgically precise and aggressively invigorating drum attack that would make Nick Menza proud.

Right out of the gate, Overkill forces your attention their way, so much so that it doesn’t even matter if you’re paying attention to the album in the first place. You could hear the track ‘Mean Green Killing Machine’ from the car next to you at a stop light and it would rip your attention away from everything you’re doing. The drum work by Lipnicki hits you with such force from the first second of the album, reminding you instantly why you loved thrash so much in high school. Throughout the album you will constantly be reminded how much of a gem Lipnicki is behind the drum kit.

I haven’t enjoyed a thrash metal album this much since Anthrax’s 2011 release ‘Worship Music’, displaying how thin thrash is spread nowadays; the genre giving way to sludge metal tendencies and “beating” riffage. It’s refreshing to know that classic bands such as Overkill still know how to get it done the right way, wasting no time in playing with elements that don’t mix with blistering 200 mph speed metal.

The only two tracks Overkill pull their speed approach back to build a more “epic” and atmospheric metal approach is the title track ‘The Grinding Wheel’ as well as ‘The Long Road’. The latter drives into a more ‘Spreading the Disease’ level epic with a heavier atmospheric buildup that explodes into an old-school ground-and-pound monster of a track.

You could legitimately peg the title track as a Blaze Bayley era Iron Maiden epic, with Bobby Blitz going as far as to imitate Blaze’s voice (whether intentional or not) to open the song. Deeper into the 7-minute track, Overkill takes a page from the Steve Harris book and drops the song off a cliff into an ominous, running bass/drum attack before the synths build up the atmosphere into a very ‘Fear of the Dark’-esque climax that holds no shame in taking the Iron Maiden approach to polishing off what will be a classic in the Overkill books. 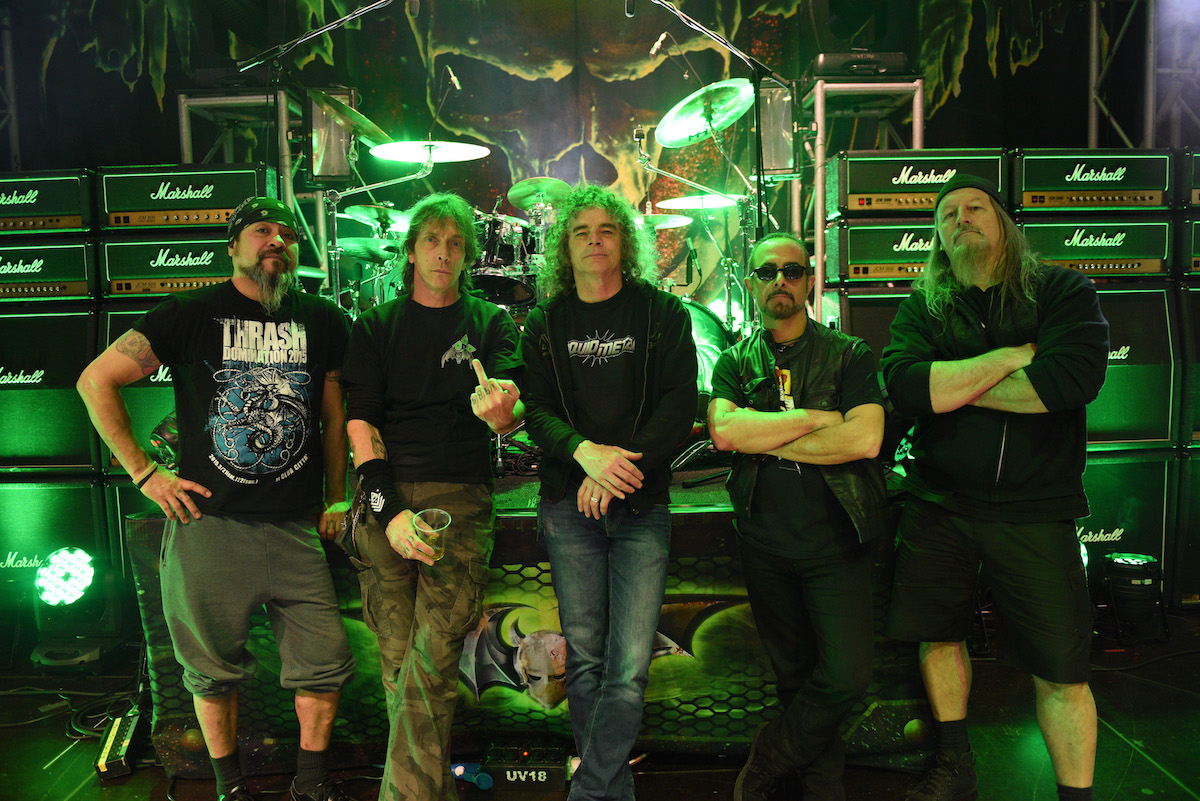 Would you consider Judas Priest’s Painkiller-style thrash to be more your speed? Overkill has some of that for you as well, with the track ‘Let’s All Go To Hades’ pounding the sound barrier with supersonic riffs and piercing vocal harmonies.

As with any good speed/thrash metal band, you have to look at the fastest track and hold it to the standards they set with the purest of thrash they can throw out. ‘Red White and Blue’, being that track for Overkill, is an extremely difficult track to describe without getting in heavy expletive use, and I mean seriously heavy expletive use. If the speed test was the only benchmark for a perfect thrash album then Overkill would pass with a 5.0 GPA, and even in the real world where it isn’t the only benchmark to a perfect thrash album, Overkill still manages to hit that standard of perfection.

Overkill has been at the forefront of the thrash metal scene since the inception of the genre, reminding us once again why thrash metal hit the world music scene with such ferocity. Even if many people would argue that thrash metal “ain’t what it used to be”, you can find solace in the fact that Overkill is exactly what they used to be and will continue be.