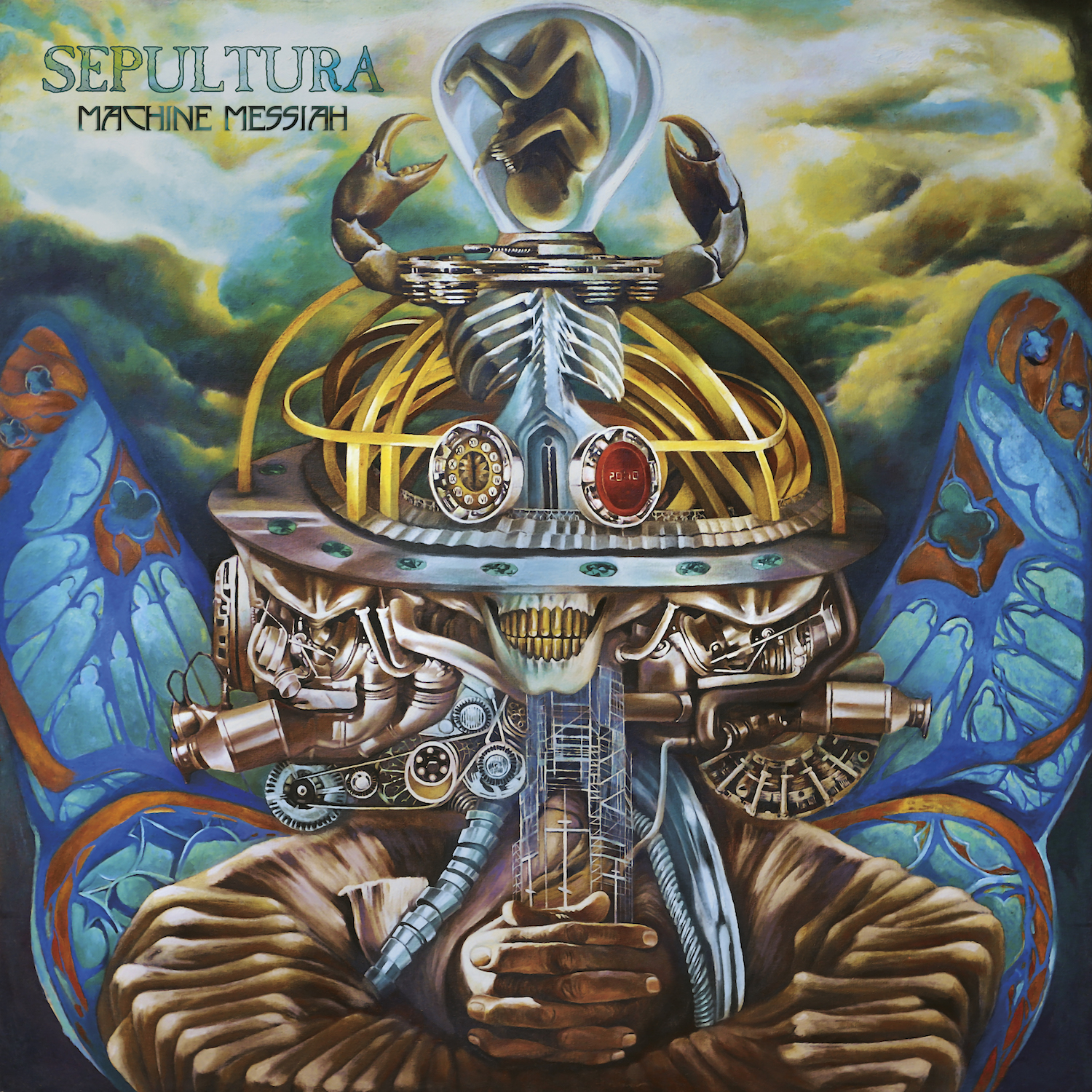 Sepultura is quite an interesting band in that it consists of zero original members. As far as their rise to metal legend status goes, they still have two guys from the line-up that broke through. In the early ’90s, they were considered newcomers to the American metal scene, but exploded onto it with their unique take on progressive speed metal. The cultural element they incorporated into their sound set them apart from all of their peers, and gave them their place in the book of all things metal. I’ll leave the band politics that led them to where they are today out of it, because it doesn’t really matter when you listen to their 14th full-length studio offering ‘Machine Messiah’.

The title track leads the record off. It starts off creeping and eerily, before launching into a slow moving clobbering song with angry yelling vocals you can understand that are capable of hitting notes. From there, it just gets better and better as you go. The second song ‘I Am The Enemy” gives absolutely no fucks and warps into existence. It’s a borderline punk rock 2-minute-and-27-second speed fest from start to finish. The record is polished, for sure. There is some heavy duty production going on throughout. Lots of auxiliary layers with various instrumentation. There’s even some pretty killer blues organ on one song. It shouldn’t fit, but it does. Point is, it doesn’t sound over-produced. It still feels organic and warm, but it’s huge at the same time. I recommend high volume.   The guitar playing of Andreas Kisser is fucking phenomenal. The guy has a way of going about playing metal that is unlike any other. He has some of the sharpest riffing out there, and his lead work is otherworldly. He makes the unorthodox not only make sense, but make more sense.

The bass playing is solid. Paulo Jr stays in the pocket and shreds right along with the guitar riffs. The bass is an independent part of the band, just like everything else. All the cars are going in the same direction, and they all end up at the same place as the same time, but different people are driving different colored cars. For bass players looking for a record to play along to at home to keep your chops up, this is a good one.

Derrick Green’s vocals sound, at times, like Phil Anselmo… but only in as much as he has the same uncanny ability to yell and scream notes with clarity. There’s a lot of power in his voice. At one very brief point in the opening of the record he sings clean, but doesn’t go back to it. I’m cool with that. The guy has a hardcore background, I’d much rather hear him yell. The subject matter tends to be heavy duty commentary, but not so much political. I’m also cool with that. 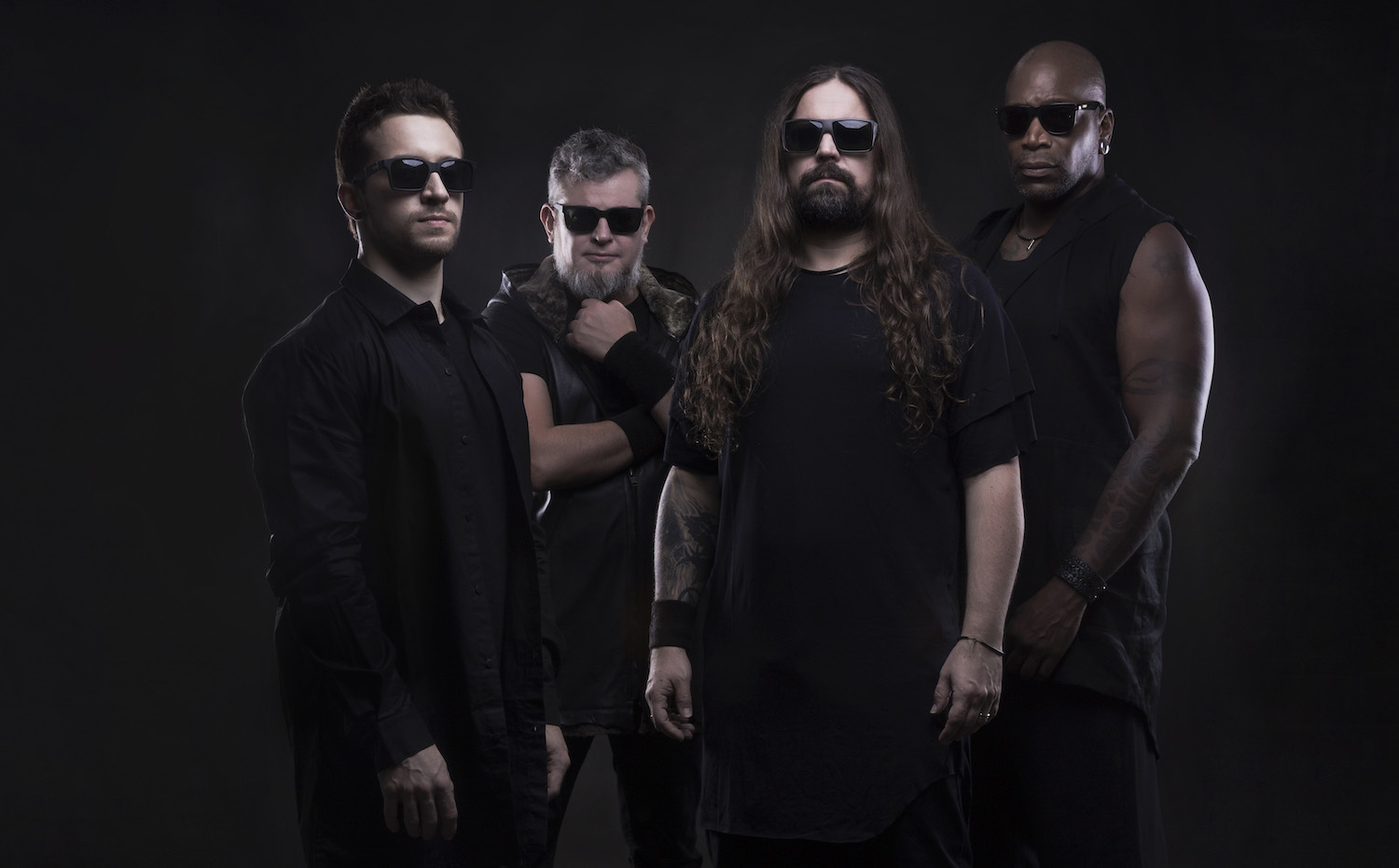 The drumming is pretty mind blowing. So many polyrhythms. They keep the songs sounding straight forward enough, but if you pay attention to the drumming… Eloy Casagrande is playing some bizarre shit. If that sounded negative, it isn’t. It’s pretty fascinating to listen to his choice of beats and fills. It’s like if Mastadon hit the rewind button for about 15 years and gave Brann Dailor some really good cocaine while listening to latin beats. The theory behind the playing is just as intense, but the incorporation of different types of cultural beats sets it apart. One of not just the best drumming performances I’ve heard, but one of the most interesting as well.

In summary, I enjoyed the shit out of this record, and while listening to it, I literally felt time-warped to driving around when I was a teenager cranking a mix tape I had with ‘Refuse/Resist’ on it. For fans of the band, ‘Machine Messiah’ is exactly what you want out of a new Sepultura record. It’s technical, it’s interesting, it’s different, and it has that Sepultura feel to it.