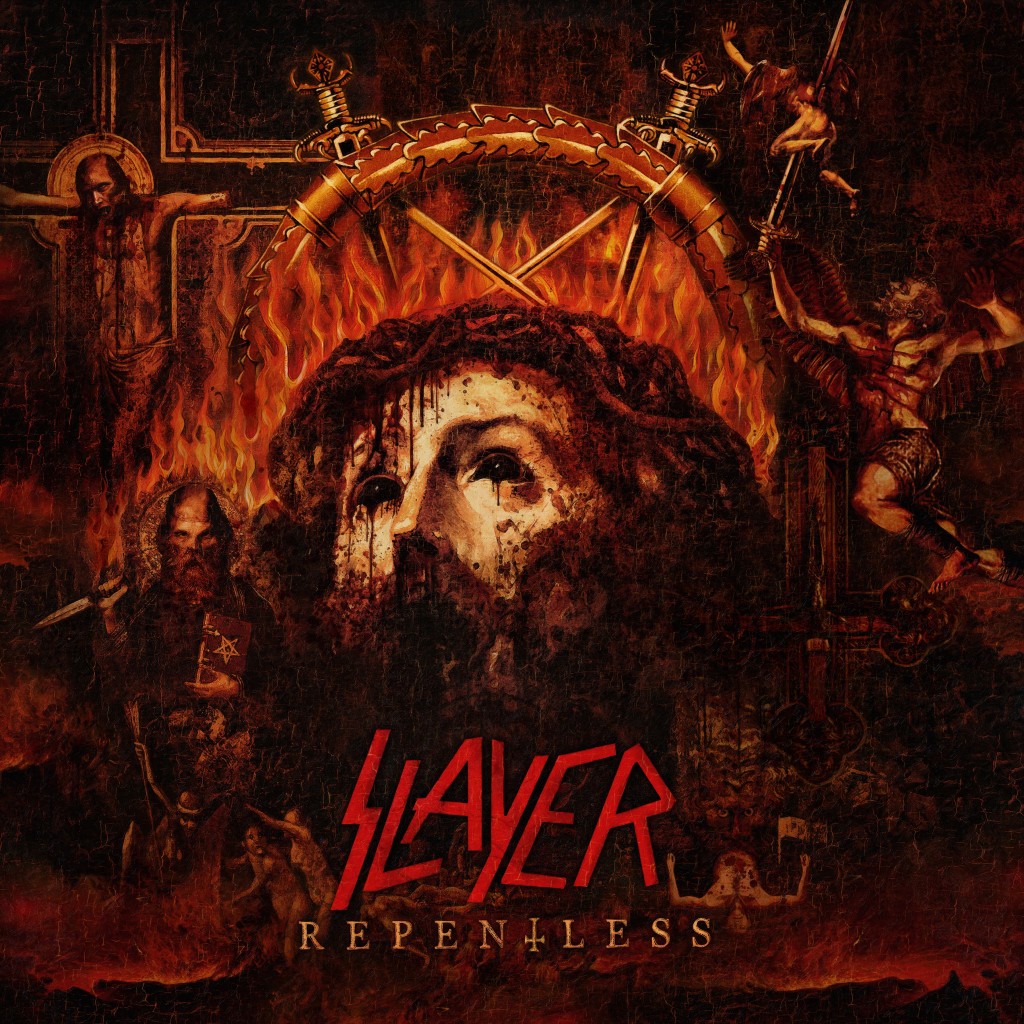 Metal giants Slayer have been largely active on the worldwide touring circuit over the past few years, and even the split with drummer Dave Lombardo and the death of guitarist Jeff Hanneman did not stop them. But, when it came to writing and recording new material, that aspect of Slayer seemed to have been put on the backburner for quite a while. Finally in 2014 and 2015, the band completed work on a brand new set of tunes, and the result is their eleventh studio album ‘Repentless’, releasing via Nuclear Blast on September 11 2015.

Their previous effort ‘World Painted Blood’ came six years ago, and did not turn out to be the kind of album that stuck with Slayer fans beyond the initial release period. So, Slayer find themselves on what could be described as a clean slate, because ‘Repentless’ would be more fairly and accurately perceived as a standalone piece of work and weighed against the band’s entire discography, as opposed to merely being the successor to ‘World Painted Blood’. Slayer’s continuance with only half of the original lineup polarized fans, and while many mourned Hanneman’s passing and Lombardo’s departure, the hopes of some were restored when Slayer recruited the finest riffmaster in thrash, Gary Holt, and brought Paul Bostaph back into the fold. Plus, the decision to work with Terry Date in the producer’s chair was another step in the right direction. Taking all this into perspective, ‘Repentless’ comes in facing mixed expectations, but as much as the Slayer fan would love it to be a triumphant comeback and the beginning of a new chapter with this lineup, it largely fails to deliver. 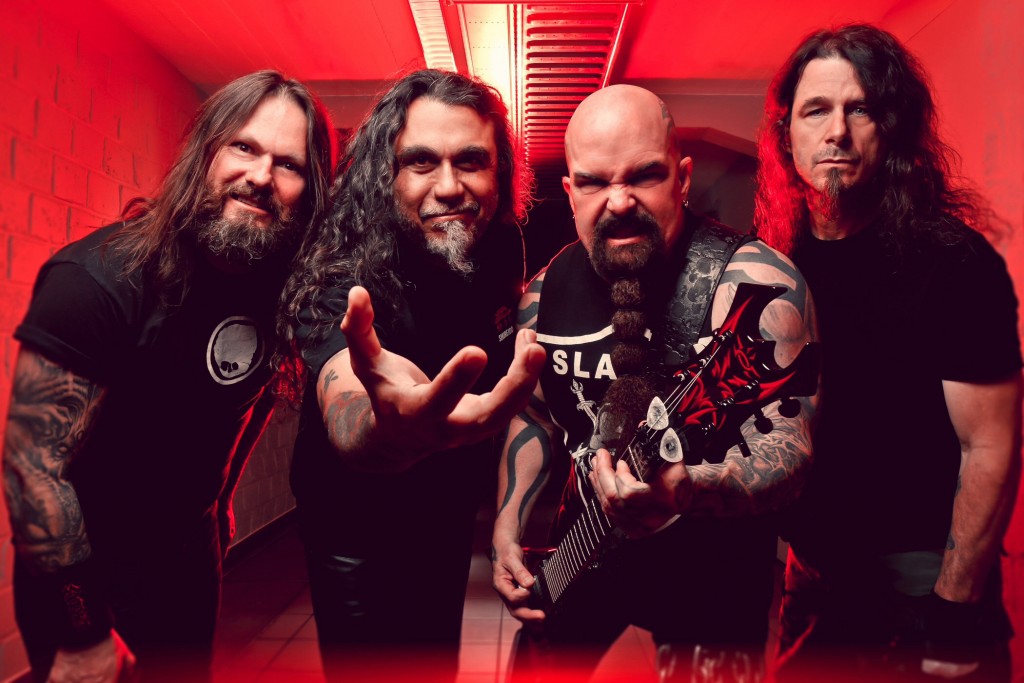 The 42-minute, 12-track effort begins with a an ominously heavy intro piece called ‘Delusions Of Saviour’ which leads into the title track which is fast and thrashy in a manner Slayer have become known for in the three decades of their existence. The guitar solos are excellently crafted, Tom Araya’s vocals sound stronger than expected, and it is straightaway noticable that the quality of the production is superior to that of Slayer’s recent work because the drum sound is far better. The ‘Repentless’ title track is the best song they’ve written in years, and the follow-up tune ‘Take Control’ is equally compelling, but ironically enough, this is where the album starts losing control.

With tracks like ‘Vices’, ‘Cast The First Stone’, ‘When The Stillness Comes’, ‘Chasing Death’ and ‘Piano Wire’, the album unfortunately settles into an uninteresting, mediocre groove, as the songwriting is nowhere near strong enough to maintain the listener’s interest through these slow/mid-tempo compositions. ‘Implode’, which was written in early 2014 and performed for the first time at the Golden Gods Awards event in Los Angeles the same year, succeeds in making as much of an impact as the three opening tracks. It keeps the sinking ship afloat to some degree, as do ‘Atrocity Vendor’ and ‘You Against You’, following which the album comes to an uninspiring end with ‘Pride In Prejudice’. 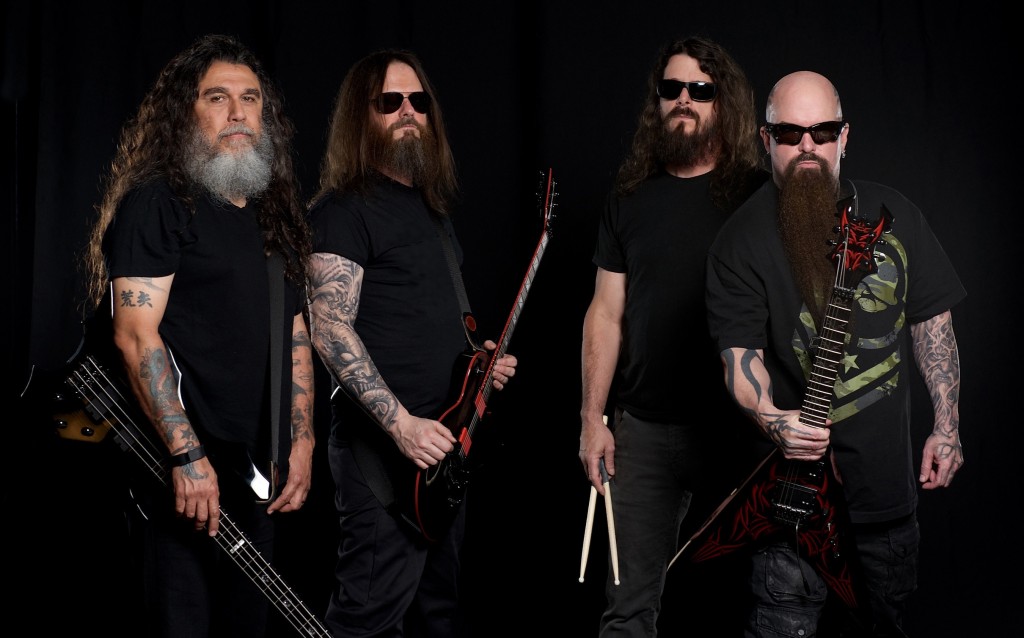 It seems like a better permutation of the tracks may have salvaged ‘Repentless’ because too many of the mid-tempo tracks are bundled together with the faster tracks few and far between, but by and large, there are very few moments on here for fans to be excited about and the album on the whole is not quite worth investing into. Kerry King has almost singlehandedly written this entire album and Gary Holt’s exemplary thrash songwriting that decorates Exodus has not been used. It is clear that Jeff Hanneman’s contributions in the writing department were crucial to the band, as without him the output by the one-man writing team of Kerry King is spineless, and even by Slayer standards, rather generic.

Slayer’s reputation and legacy as a band will certainly not be harmed in the slightest because of ‘Repentless’, and at this point they have nothing to prove, but while a good number of veteran metal bands are still writing and releasing great new albums, Slayer have missed the mark with theirs.