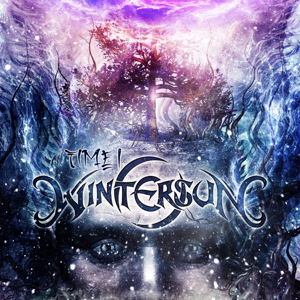 Finnish epic metal band Wintersun’s second studio album ‘Time I’ has been in the making for several years now, and much to the delight of the band’s fans worldwide, it’s now ready for release on October 19th in Europe and October 23rd in North America via Nuclear Blast Records. Vocalist, guitarist, keyboardist and principal songwriter Jari Mäenpää had the vision of this enormous concept album, and he kept adding musical layers to it. The production process was very gradual, but the band was able to make it a reality in the end. The set of tunes originally written for this album exceeded the limits of a single album in their total duration, so the album was split into two parts, with ‘Time I’ about to be released now, and ‘Time II’ scheduled for a 2013 release. I got hold of the 40-minute first album, and was extremely curious to find out for myself just how huge this production is, and what it encompasses musically.

Straightaway, the vast diversity of instruments and sounds is evident on the first track “When Time Fades Away”. Rather than being a tune of its own, it’s more like an epic intro that’s building up to something spectacular. And as I expected, “Sons Of Winters And Stars” is indeed spectacular. With the beginning of this incredible track, the album explodes into life and the guitars, drums and vocals kick in all at once. The 13-and-a-half minute track is made up of four smaller tracks, with the first two staying relentlessly heavy and fast. Then the track changes course on the 3rd part, with the introduction of acoustic guitars and Jari shifting to soft, crooning vocals. Part 4 is very much like a melodic death metal segment, and brings the track to an end.

“Land Of Snow And Sorrow” is a more straightforward tune in comparison to its predecessor, even though it’s by no means simple in itself. But its standout feature is its sheer musical richness rather than its progressive nature. There’s more than the occasional influx of acoustic guitars which is a sound I personally love more than anything else used on this album. “Darkness And Frost” is a beautiful little interlude with yet more acoustic guitar brilliance alongside a variety of other dreamy sounds. The moment when this track ends and the title track “Time” begins, that’s absolutely the highlight of this album, because the part played on the acoustic guitar in “Darkness And Frost” forms the basis of “Time”, but is played on the electric. That transition is beyond amazing. If you’ve stayed with the album till this point, you’ve obviously enjoyed what you’ve heard on the first four tracks, but “Time” really takes your ears and imagination to the absolute pinnacle of pleasure. As strange as it might sound, it took me a while to finish listening to the whole track at once because I kept going back to little parts of the track and repeatedly listened to them. But to listen to the entire track was simply mind-blowing. It gives the apt finishing touch to this masterpiece, and leaves fans eager for the sequel. 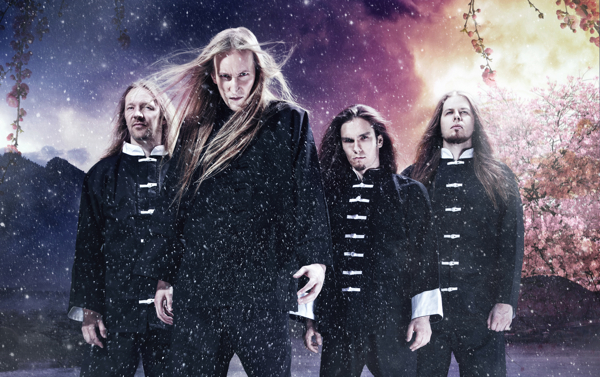 The album flows seamlessly from one track to the next, and is totally meant for listening as a single 40-minute piece rather than on a track-by-track basis. That’s the way the band is going to play it on stage as well, so it makes complete sense. The complexity of the music is a result of the multitude of countless layers of various instruments, effects, sounds and ambiences. It’s impossible for the human ear for perfectly distinguish between every single layer, but the presence of even such indiscernible layers heightens the impact on the listener’s subconscious mind, due to the combination of these layers with the ones in the foreground.

For an album that has taken so long to complete, and has entailed endless amounts of effort from those involved, it’s hard and perhaps unfair for me to sit here and point out what they’re lacking or what they’ve done wrong, but if I have to state the negatives, I would say it’s dominated excessively by the orchestration, and is not focussing as much on guitar riffs and solos as the first album did. So as a heavy metal fan, I think that’s what’s missing from this album, and some people might even call it overproduced. Having said that, the band members have clearly talked about the orchestration for a long time now, so the music conforms to the expectations built up by the band prior to release.

I definitely think “Time I” is meant more for the individual headphone experience rather than for listening on a full speaker blast with a group of friends, which makes me wonder how close the live performance can come to recreating the same sound. If you’re a Wintersun fan, chances are you’ve already ordered the album and bought your tickets to their show (provided they are coming to your town). And if you’re not familiar with them, but still love big musical productions such as those put out by the likes of Dream Theater, Devin Townsend, and more recently Between The Buried And Me, this album is a must-have for you.

Whether or not it’s your cup of tea is a matter of personal opinion, but it’s certainly one of the most massively produced albums to be released in recent times in the heavy music realm. 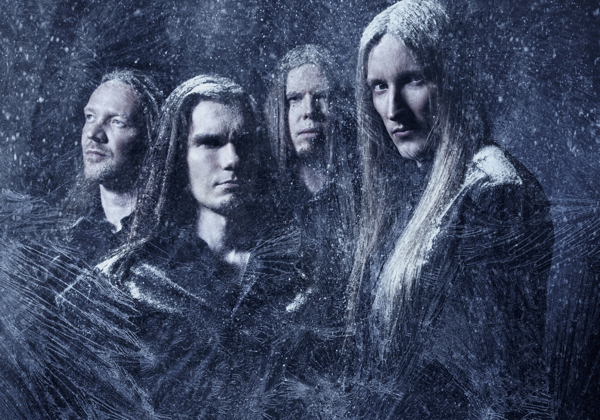 Track Listing:
1. When Time Fades Away
2. Sons Of Winters And Stars
3. Land Of Snow And Sorrow
4. Darkness And Frost
5. Time