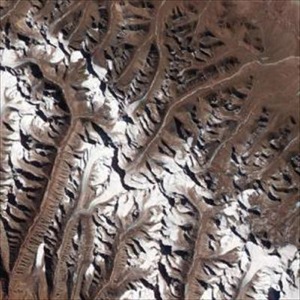 Chicago-based avant-garde metal band Yakuza have been known to experiment with their musicianship over the course of their 13-year career thus far, and as a result, each of their five albums presented something fresh and diverse. That being said, it’s all well and good employing various instruments, incorporating numerous styles and employing musicians from other genre, but for me such a band still needs to pull it off in a live setting, for it to be completely meaningful. And I’m glad to say that’s the case with Yakuza, as I found out when I saw them open for co-headliners Triptykon and 1349 at the El Rey Theatre in LA two years back. Led by Bruce Lamont, they put on an incredible show that matched up to the intricacy of their studio albums. I’ve been an admirer and a keen listener of their music ever since that night, and today I’m psyched to review their sixth studio album ‘Beyul’, which was released just yesterday on October 16th 2012 via Profound Lore Records.

I was intrigued by the title ‘Beyul’, because the word itself was completely new to me. So before listening to the album, I read a little about the meaning and story behind the word. Beyul are believed in Tibetan Buddhism to be hidden valleys that resemble paradise. It’s a very sacred, mystical thing. So, with that in mind and and without going deep into its meaning, I listened to the album, and it’s fair to say that the title is symbolic of the music on this album, and this set of seven tunes has the same kind of aura that paints a picture similar to what Tibetan Buddhism calls as Beyul. 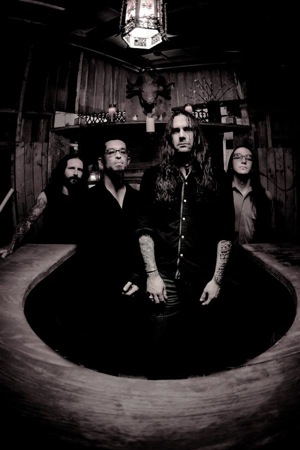 “Oil And Water” creates this vibe straightaway by Bruce Lamont’s usage of his various wind instruments at a couple of points during the song, and is accentuated in the guitar solo and vocals that form the interlude. The rhythm section is quite solid and heavy, so it’s still a metal tune at its bare bones, the ‘non-metal’ instruments and effects play a crucial role in making it an interesting composition overall. I think that’s a good way of describing all seven tunes, and they follow the same approach from the songwriting and arrangement point of view.

But of course, every song has its own identity as well. Some are darker and more exotic, like “Man Is Machine”. It’s an amazing composition, and probably my favorite track on the album. It doesn’t feature any of the jazz instruments, and is all about the sheer ominousness of the guitar riffs and Lamont’s vocals. “Fire Temple And Beyond” has more of a psychedelic, spacey sort of feeling to it, and this 10-minute tune definitely has a ‘beyul’ effect on the listener’s mind. Two completely contrasting ultra-short pieces “Mouth of The Lion” and “Species” follow, and finally, “Lotus Array” is a predominantly jazzy tune with the heavy use of multiple layers of wind instruments and percussive sounds in its first half, even though the latter half gets a lot heavier and is more along the lines of the music on “Oil And Water” and “The Last Day”.

Every Yakuza album is a beast in itself, so it’s impossible and unfair for me to compare ‘Beyul’ with any of the previous five albums, but one thing’s for sure, if you aren’t already familiar with Yakuza, it won’t be straightforward for you to firstly figure out what this band is all about, and secondly develop a liking to this album. Nonetheless, if you’re open to experimental music that’s based on a heavy metal sound but explores worldly sounds, this should be a good listen for you.

The only thing worth noting in terms of comparison is, this one is considerably shorter than most if not all of the previous five. I’m not sure why that’s the case, because this is definitely a theme they could have explored more. I was also looking forward to a little more of the jazz elements, to be honest, but that being said, it’s still an incredible 39 minutes of music which does no harm at all to Yakuza’s reputation in my eyes.

Track Listing:
Oil And Water
The Last Day
Man Is Machine
Fire Temple And Beyond
Mouth Of The Lion
Species
Lotus Array