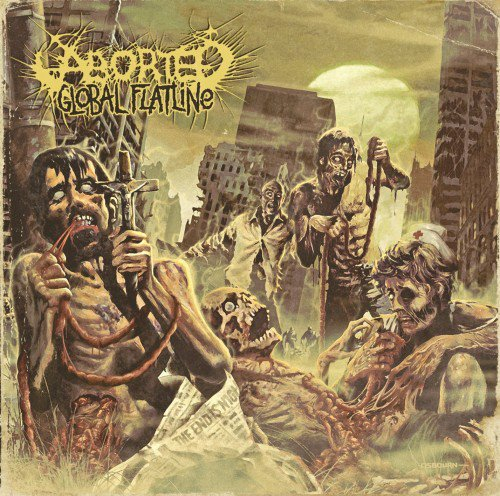 Ever since their debut full-length “The Purity Of Perversion” came out in 1999, the band has been very prolific, as the gap between any two albums was two years at the most. But they’ve taken a lot longer to complete “Global Flatline”, which is their first album in nearly four years. So besides the anticipation of the actual music, the new line-up and the longer gap have further heightened the pre-release interest surrounding the album.

As soon as the eerie “Omega Mortis” intro leads into the title track, the album grabs the listener by the throat and never lets go. A barrage of brutal goregrind intertwined with brief passages of death metal technicality, the song “Global Flatline” is a phenomenal start to the album. But “Источник Болезни (The Origin Of Disease)” takes it up a notch further, and I would say it has a better balance between the death metal and grind elements. The album goes from strength to strength, as “Coronary Reconstruction” keeps the characteristics of the first two songs intact, while still offering something new as the two guitarists trade off a couple of excellently crafted guitar solos with each other.

The next three tracks “Fecal Forgery”, “Of Scabs And Boils” and “Vermicular, Obscene, Obese” adhere to a very similar musical style and song structure, but are much shorter in duration, each well under 3 minutes long. And for that reason, I find them to be more intense, precise, and thus more enjoyable. “Expurgation Euphoria” slows things down quite a bit, and has more of an ominous, doomy feel to it as opposed to the extreme gore-oriented style of the album on the whole. The guitars sound truly menacing on this one, and stand out a lot more.

“From A Tepid Whiff” gives the album a second wind, and along with the next two tracks, it offers massive amounts of gory goodness. In contrast, “Grime” and “Endstille” are largely doom-laden tunes with yet more amazing guitar work. In terms of the guitar sound alone, “Endstille” is certainly the best song on the album, and one doesn’t even need to be a death metal fan to appreciate it. Besides, the song closes out with a spoken-word sample, and without giving away what it is, I’ll just say that I find it really interesting. But the final track “Nailed Through Her Cunt”, a song that reinstates Aborted’s customary musical style, brings the album to an appropriate end. 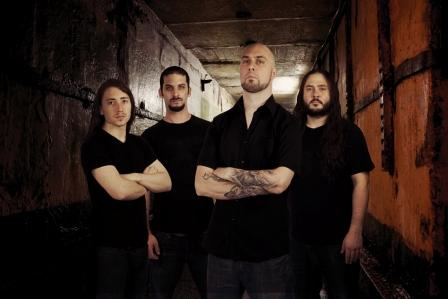 When I compare this album to the band’s previous release “Strychnine.213”, there is no doubt in my mind that the new one is a more well-rounded composition, as is proved by tunes like “Coronary Reconstruction”, “Grime” and “Endstille”, but at the same time it reaches higher levels of brutality and gore, with tunes like “Global Flatline”, “Fecal Forgery” and “From A Tepid Whiff”. With a total length of nearly 48 minutes, this is the longest Aborted album till date, but there’s musically so much going on that it doesn’t feel too long to me. While it is certain that this will keep Aborted fans satisfied, the guitar solos and technical interludes ensure that there’s plenty in here for fans of other styles of heavy music.

An album as crushing and as intricate as anything they’ve released in their career so far, “Global Flatline” showcases Aborted at its finest, and is a must-have.