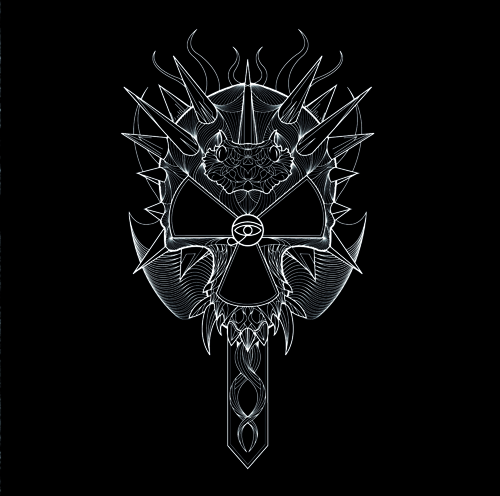 Corrosion Of Conformity are finally ready to release their long-awaited self-titled studio album. This will be their eighth full-length studio release overall, and the first since “In The Arms Of God” which was released in 2005. But more importantly, the legendary ‘Animosity’ line-up of vocalist/bassist Mike Dean, guitarist Woody Weatherman and drummer/vocalist Reed Mullin are coming together to record as a trio for the first time in over ten years.

After giving this a thorough listen, I feel that the album offers the entire spectrum of the trio’s musicianship. It doesn’t really have an underlying theme to it, and for the most part, doesn’t stick to any particular musical style or sub-genre. In fact, it doesn’t even have a flow to it. But it’s classic C.O.C. at its best, and makes perfect sense to the listener.

“Psychic Empire” gives the album a blistering start, and its speed reminds me of the music on some of the early C.O.C. albums, “Animosity” in particular, which is not a surprise at all. This tune has a very stop-start type of structure, which makes it a prime candidate to be included in the band’s upcoming live shows. “River Of Stone”, as the name might suggest, has a strong stoner metal vibe to it, a very enjoyable tune with some great riffs, vocals and a bass solo in the middle of it. “Leeches” combines this stoner feel with a Motorhead kind of flavor, and for that reason it’s one of the most enjoyable songs on the album.

In contrast, things come to a standstill in “El Lamento de Las Cabras”, which is a quiet little piece, very bluesy and thought-provoking. It sounds like it could easily be the soundtrack for a Spaghetti Western or something like that. “Your Tomorrow” picks up the pace again, and the standout feature of this song is most definitely Mike Dean’s vocals. He sounds terrific on the entire album, but on this one in particular. I can imagine that fans must be eagerly waiting for this album, so I don’t want to spoil it for you all by explaining what each song sounds like, and I’ll just say that the rest of the album continues to offer a variety of musical styles and patterns, ranging from relentlessly fast hardcore punk to straight-up doom metal, and there’s a lot in it for fans of early as well as recent C.O.C. material to enjoy and savor.

I feel that the album is very fittingly self-titled, because in many ways it encapsulates what C.O.C. have been all about throughout their career so far. And because it’s the first album in seven years, it’s almost like a fresh start for the band, and so it’s quite appropriate to do it with a self-titled album.

It’s too hard for me to pick favorite songs on this one, because I enjoy every song for different reasons. Besides these 11 songs, I’m even more curious to listen to the two additional tracks that are exclusive to the vinyl version. I’m extremely glad that the band did this, because it will ensure that the vinyl format of the album will get the appreciation it deserves.

Overall, this is a triumphant return by the band, and should find instant admiration among fans old and new. C.O.C. are well and truly back!