Dallas, Texas metal/hardcore/punk crossover band Power Trip was formed in 2008 but quickly gained widespread recognition following the 2013 release of their debut full-length ‘Manifest Decimation’, building a reputation as a sonically fierce entity on the recorded material and an even fiercer group of musicians on stage, presenting their live show to the right audiences on tours opening for Terror, Anthrax, Lamb Of God, Napalm Death and many others. In 2017, besides continuing to feature in killer tour packages, Power Trip are getting ready to destroy everything in their path with their sophomore release, ‘Nightmare Logic’.

While the debut effort sounds raw and untamed, and undoubtedly stands as an apt introduction of Power Trip to the world of metal and hardcore punk, the production on the new album does far better justice to what the band is trying to do on these particular songs. The production approach of the first album certainly would not have worked on this one, simply because the band’s musicianship is far more precisely expressed here, tight and completely devoid of any extraneous parts. ‘Nightmare Logic’ is a 33-minute, 8-song slab of Power Trip at their deadliest, a quality highlighted in full by the sonic output of the album. 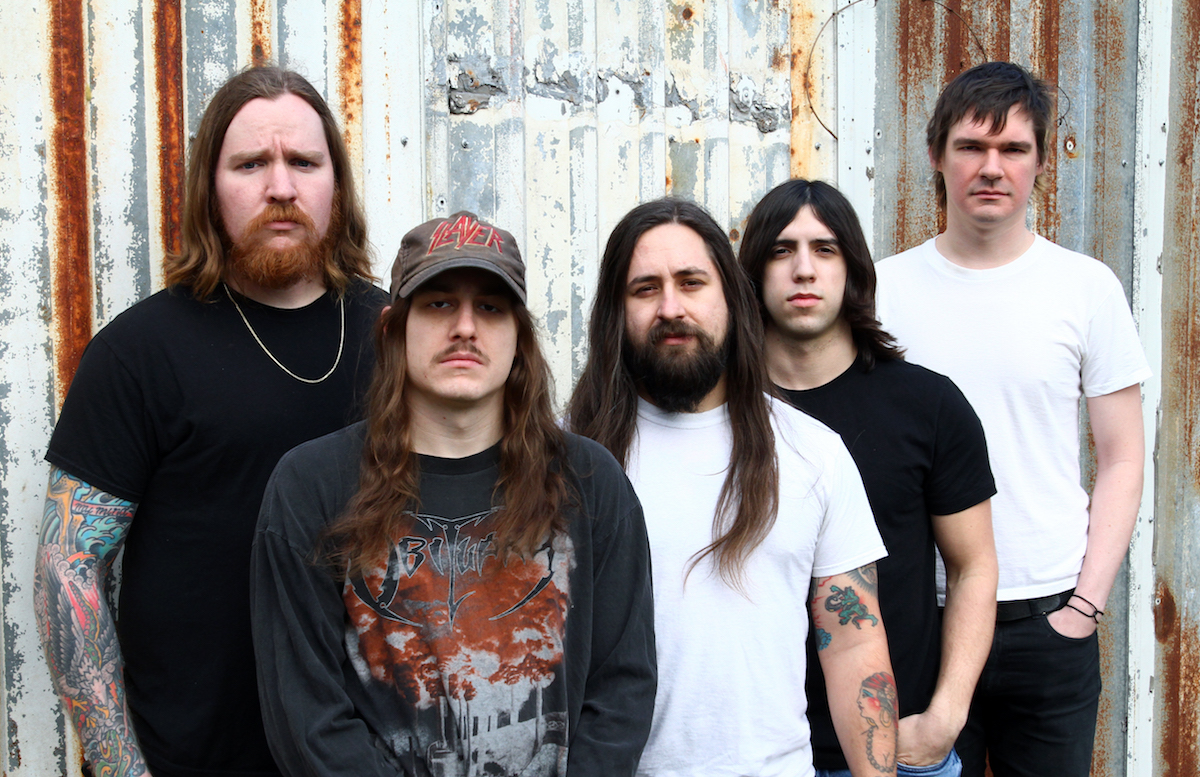 The band’s thrash metal influences are prominent throughout this album, as evident straightaway from the opening track ‘Soul Sacrifice’, starting the album perfectly with the classic one-two punch of the slow, ominous buildup and the contrasting ultra-fast relentless thrash attack. The groovy, mid-tempo ‘Executioner’s Tax (Swing of the Axe)’ serves as an excellent follow-up, but if ‘Soul Sacrifice’ hits you hard, track #3, ‘Firing Squad’, rips your throat out and is hands down, absolutely one of the most destructive thrash tunes to have surfaced in a long time. There is really no turning back from this point onwards, and ‘Nightmare Logic’ only goes from strength to strength, the title track and the songs ‘Waiting Around to Die’ and ‘Ruination’ coming across as stellar compositions, but the aptly titled final offering ‘Crucifixation’ making as strong of an impact as anything else on the album.

Neither a metalhead nor a hardcore punk fan can possibly dislike Power Trip’s ‘Nightmare Logic’, such is the unbridled ferocity it packs with unmatched precision in a mere 33 minutes. Such is the perfection with which the vocals, guitars, bass and drums have been written, performed and recorded, the album comes to an end and only leaves you wanting more, wanting to hit that Repeat Play button to listen to the whole thing all over again. This is a real album lover’s delight, because it sets the tone early on, keeps attention and interest throughout, and offers some of its best music towards the end.

Power Trip were already one of the most devastating bands on the planet, and their newest effort only stokes their ever-burning fire. If you’re a metalhead, this is set to become your go-to album to fuck, mosh or party along to. ‘Nightmare Logic’ is the album metal needs in 2017, and for those that seek new thrash metal music worth latching onto, Metallica’s ‘Hardwired’ is not the answer, Power Trip’s ‘Nightmare Logic’ definitely is.

Track Listing:
1. Soul Sacrifice
2. Executioner’s Tax (Swing of the Axe)
3. Firing Squad
4. Nightmare Logic
5. Waiting Around To Die
6. Ruination
7. If Not Us Then Who
8. Crucifixation