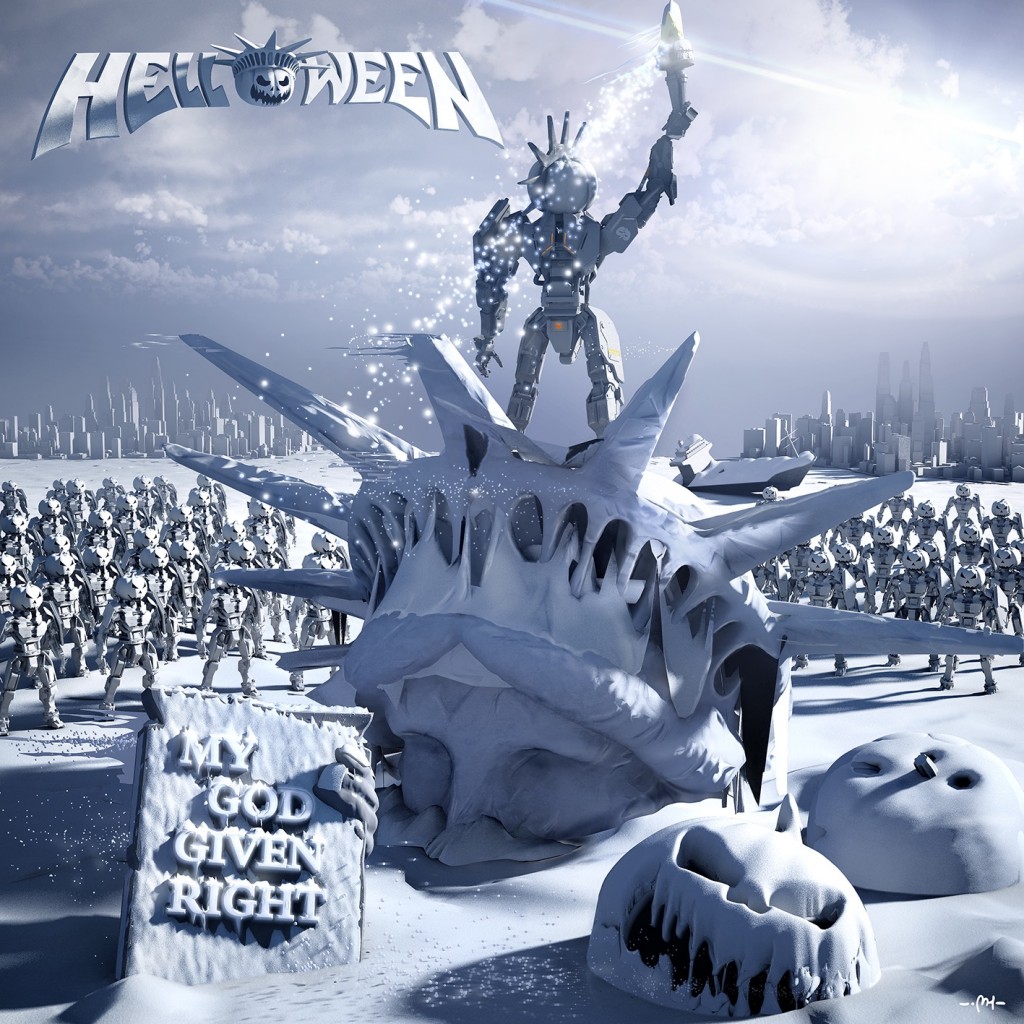 German power metal veterans Helloween have returned to Nuclear Blast Records after a stint with them in the early 2000s wherein they released ‘The Dark Ride’ (2000) and ‘Rabbits Don’t Come Easy’ (2003). Twelve years later, they have unveiled their fifteenth studio album ‘My God-Given Right’ to announce a comeback on the label. Helloween are highly revered for their classic material and despite personnel changes, have still continued to put out new music on a consistent basis in recent years. Besides ‘7 Sinners’ (2010) received unanimously positive reactions among fans and critics, while ‘Straight Out Of Hell’ (2013) was a worthy follow-up. Much was expected from Helloween’s newest endeavor, and this June 2015 release, the band’s first with the same lineup from the preceding album, was highly anticipated among classic/power metal lovers.

‘My God-Given Right’ comprises a whopping 13 tracks, together clocking in at 61 minutes, straightaway raising expectations from each track. It gets off to a decent start with ‘Heroes’ and ‘Battle’s Won’, followed by the title track which undoubtedly stands out as one of the best tunes on the record and an apt representative of it in terms of its musical ingredients. ‘Stay Crazy’ is an intriguing follow-up with a catchy chorus and a finely crafted guitar solo, and then comes the anthemic ‘Lost In America’, another highlight of the album. ‘Russian Roule´’ presents an approach that’s more melody-driven yet heavier than most other tracks on here, the melodies partly reminiscent of old-school Helloween classics, and Andi Deris certainly hits the highs on this one. The heavy elements are enhanced further on the next track ‘The Swing Of A Fallen World’ which offers a much-needed down-tempo variation from the mostly mid-tempo first half of the album but is still punctuated by faster parts. Helloween don’t do much wrong when it comes to the first seven tracks on ‘My God-Given Right’.

But this is where the album starts to fade away and loses its impact. The ballad ‘Like Everybody Else’, ironically, is a good effort but comes off as too poppy and bland, while the remainder of the record is simply too repetitive in relation to what’s already been heard on the first half. ‘My God-Given Right’ would have better served the band and their fans if it was restricted to seven or eight tracks instead. Besides, the production is a major disappointment as the album sounds overly modern and compressed, specially in the vocal, bass and drum department, and the guitars and keyboards also sound extremely flat. With such production values, the ‘power’ is taken out of power metal, indeed a sad predicament for fans of the band and the genre. One hopes that at least some of these songs would sound more powerful in the live setting.

That being said, ‘My God-Given Right’ has its moments and to some extent, comes across as an appreciable effort from a band that’s still celebrated as one of power metal’s pioneers.