Australian thrash/grindcore newcomers King Parrot have taken the world of heavy music by storm in the last year or two, touring relentlessly all across the globe, presenting material from their 2012 debut full-length ‘Bite Your Head Off’ and sharing the stage with the right bands, Down and Weedeater included. Now part of the Housecore family, King Parrot have unleashed their second album ‘Dead Set’, in an attempt to replicate the unmatched impact level of their live performances.

On first listen itself, ‘Dead Set’ transforms King Parrot into a band possessing far greater musical depth than most others in this style of music, as their interpretation of musical extremity on this album comes across as equal parts thrash, grind and sludge, expanding their horizons tenfold in comparison to previous material and broadening their scope, reach and demographic in the process. Thanks to the relentlessly feral nature of frontman Matt Young and his band mates’ style as performers, the live King Parrot experience is largely visual, due to which the quality of the musicianship alone often inadvertantly escapes audiences. But this new studio effort leaves no one in any doubt about their musical prowess. King Parrot is certainly more than what meets the eye. 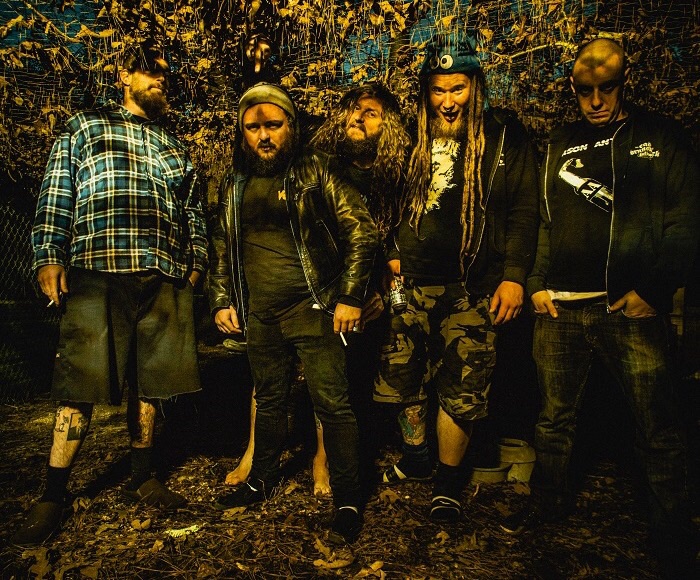 Short, high-octane compositions ‘Anthem Of The Advanced Sinner’, ‘Like A Rat’ and ‘Sick In The Head’ wave the flag for the band’s grind/crossover elements, while other tunes including skull-crushing heavy hitters like ‘Need No Saviour’ and ‘Home Is Where The Gutter Is’ carry the sludge and groove with much conviction. But a majority of these longer tracks come with sprinklings of thrashy segments through dynamic transitions from and to the slower parts, thus keeping the listening experience interesting. With that said, the title track is most definitely the highlight, and serves its true purpose as the best representative of the album.

Co-producer Philip H. Anselmo also makes his contribution as ‘Dead Set’ sonically excels at presenting each layer of the music with clarity and at the same time almost sounds like a live King Parrot record because of its intensity.