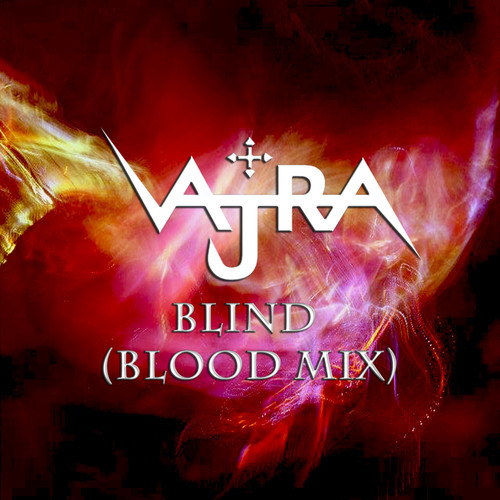 Hailing from New York City, Vajra is a female-fronted alternative/progressive rock group that began in 2011, exploring East Indian themes and the brainchild of vocalist Annamaria Pinna. They’ve been generating local interest with live performances in NYC over the last three years, and in an endeavor to reach out to greater pastures recently self-released a new single ‘Blind (Blood Mix)’, off of their debut full-length album ‘Pleroma’, featuring Blake Fleming (ex-The Mars Volta) on drums, the vocals co-produced and mixed by Sylvia Massy (Tool, System of A Down, Prince, Johnny Cash), and the album mastered by Tom Baker (NIN, Foo Fighters, Ministry, Prince). Progressive music knows no boundaries and when presented in a manner rock/metal fans can appreciate, I’m always all ears to check out upcoming artists pursuing this style, and after listening to this Vajra single, I can safely say I’m glad I did. 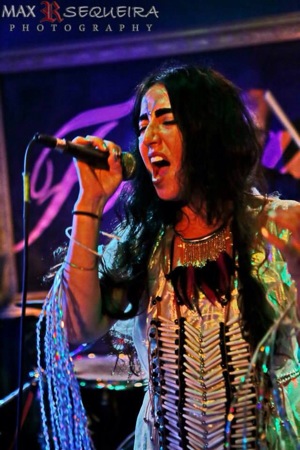 Rich in melody, symphony and exotic instrumentation, the tune grabs the listeners straightaway and Pinna’s voice plays a big part in maintaining a vice-like grip on their minds. The tabla and sitar are beautiful instruments that definitely could be incorporated a lot more in heavy music with a creative approach and the right mix to execute it, and Vajra certainly infuse plenty of it in this single alone, blending these layers into a very balanced mix that allows the instruments to shine but without overpowering the elements in the forefront. One can imagine this being far more powerful and hypnotic in the live setting, but even in its studio version, ‘Blind’ makes for a soothing, thought-provoking experience, reminiscent of prog luminaries such as Tool, Dream Theater and Opeth but undoubtedly with an identity of it own, due to the uniqueness of the lyrical themes, imagery and visual presentation. A worthwhile listen for all prog fans.