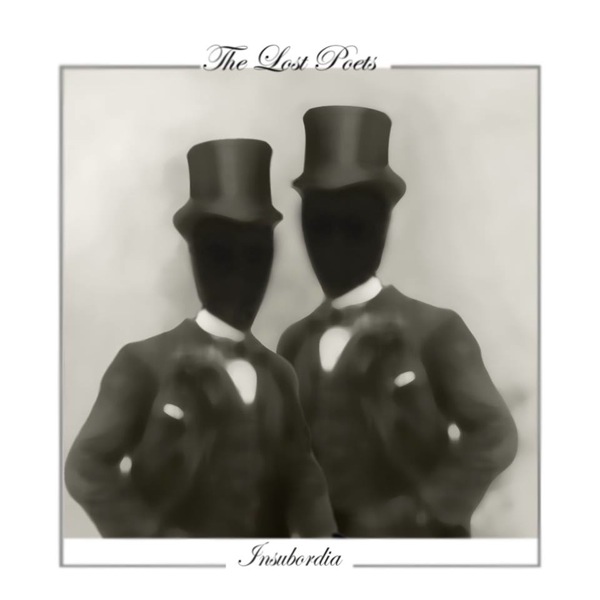 The Lost Poets is an intriguing rock duo based out of Stockholm, Sweden, with an eclectic musical style and a dark, mysterious visual image (as evident from the band photo below). They recently released a new five-track EP called ‘Insubordia’ and the short but precise and thought-provoking 17-minute dosage of music on it deemed the band worthy of an introduction to the readers of this website.

The EP starts off on a great note with the highly enjoyable ‘Ode To K’, boasting of a compelling blend of acoustic and electric guitars, bass, light drumming and a clean, low-pitched and expressive vocal delivery that instantly draws the listener’s attention. The undeniably dark, occultist vibe emanated by this track immediately reminded me of the band Ancient VVisdom, and that feeling is maintained throughout the EP which makes for interesting listen. The music successfully combines lighter and heavier elements, and this interpretation of sludgy blues put forth by the duo of David Rosengren (vocals, guitars) and Petter Strömberg (drums, bass) has all the ingredients to strike the right chord amongst fans of rock and metal. 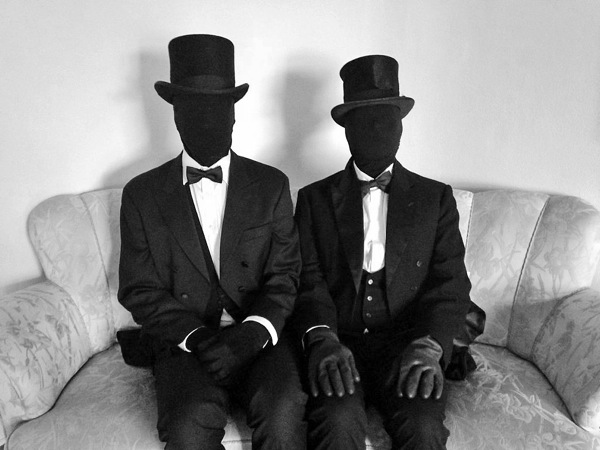 Following the stellar opening track, ‘Lying Down’ goes in an even darker, sludgier direction and while the somber, melancholic first half of ‘Die To Live’ is in complete contrast as a follow-up, its second half picks up into a delightful slow groove and captures imagination. The EP continues to bring forth various traits of The Lost Poets’ musicianship in different textures and patterns via the title track and the final offering ‘Inside The Cage’.

It makes perfect sense for The Lost Poets to put this five-track set as an EP because they’ve succeeded in making a statement with it and express themselves fully within the span of a mere 17 minutes. The country of Sweden has produced many uniquely intriguing bands and artists over the years, and it’s safe to say that The Lost Poets can be firmly added to that list. ‘Insubordia’ is worth a listen and more.