Yesterday, a lot of people were posting pictures and videos of Randy Rhoads on various social networks, March 19th being his death anniversary. It’s been 31 years since that horrific plane crash took his life. On a musician’s death anniversary, his or her contributions to music come to mind straightaway, and in Randy’s case I was instantly reminded of his main pre-Ozzy era band Quiet Riot, the band he co-founded with Kelly Garni in 1973. Obviously, I enjoyed a listening session comprising of the Quiet Riot I and II albums, but somehow I kept going and continued listening to the band’s next album ‘Metal Health’, the first one to be released after Randy’s 1979 departure from Quiet Riot and subsequent death. I realized, it’s been almost exactly 30 years since the release of this monumental heavy metal album. 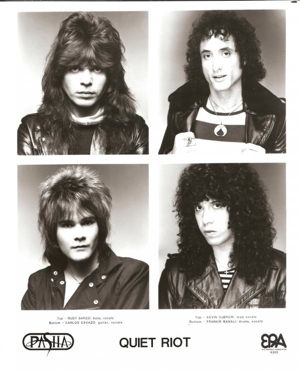 Released on March 11th 1983, this was also the band’s first album to get a worldwide release, with the previous two being Japan-only releases. The album is primarily known for its two biggest hits ‘Bang Your Head (Metal Health)’ and ‘Cum On Feel The Noize’, and on the strength of these hits, the album reached #1 on the US Billboard music charts, the first ever heavy metal album to do so. This is not at all a surprise to me. ‘Bang Your Head’ is your quintessential 80s metal song, one of the defining moments of the genre in many ways. Simple riffs, raspy vocals, an overall heavy sound, and an undeniably catchy chorus, the song has all the makings of a metal classic, and whether you listened to it for the first time in 1983, or listening to it for the umpteenth time in 2013, the song achieves what it sets out for, which is to compel listeners to bang their heads. The song moves at an easy pace, which perhaps makes the head-banging a more enjoyable experience, as it doesn’t really break your neck when you’re done. Vocalist Kevin DuBrow has the whole Klaus Meine thing going on, with an even raspier version of the German great’s vocal style. Guitarist Carlos Cavazo had big shoes to fill, and he did a great job on guitar, ably backed by bassist Rudy Sarzo and drummer Frankie Banali. Cavazo and Banali’s backing vocals also add a lot of punch to the vocals, specially in the chorus, and that’s one of the major standout features, not only on this song but on the entire album. 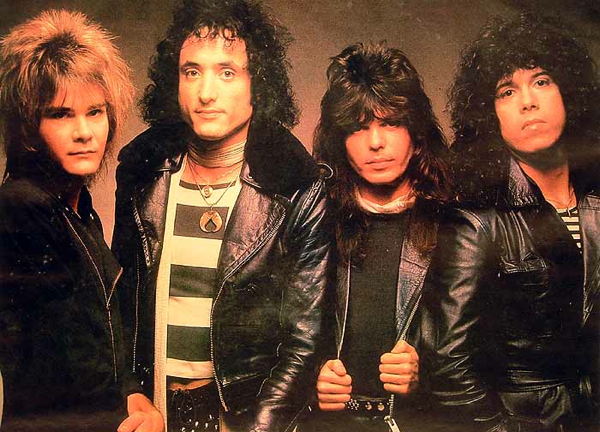 ‘Cum On Feel The Noize’ is definitely a ‘poppier’ song, and for that reason it charted much higher than ‘Bang Your Head’, but despite that, it’s still a high-quality composition in terms of the music itself. The guitar work is still strong and the solos are excellent. DuBrow shines brightest here with his vocals. So these are the two ‘hits’, but there’s a lot more to this album. Even though the critics jab at the band for being a ‘one-hit wonder’, I tend to disagree. On this album alone, there are some underrated tunes which I’m always able to appreciate regardless of the so-called popular opinion. ‘Don’t Wanna Let You Go’ steers the album towards more melodic territory and the lyrics are cheesy at best, but the guitar tone is exemplary in terms of nailing the kind of sound the song requires, and again the solos are great.

Besides these, there are other enjoyable tunes on the album, such as the re-recording of the lively tune from QRII ‘Slick Black Cadillac’, the down-tempo, heavy and power ballad-type ‘Love’s A Bitch’, the contrastingly fast, loud, sonically rich and aptly titled ‘Breathless’, and the catchy ‘Run For Cover’. The 90-second guitar solo piece ‘Battle Axe’ provides a nice break in the flow and perfectly sets up the following tune ‘Let’s Get Crazy’. Just like the opening tune, this is made for the head-banger, and perhaps would have made perfect sense as the album’s closing song instead of the ballad ‘Thunderbird’. Nonetheless, this is an album I thoroughly enjoy listening to from start to finish, and it’s one of those things that I’ll never get tired of. Music of this quality simply never gets old.

In my opinion, Quiet Riot’s ‘Metal Health’ certainly holds its own even after all of 30 years, and it will forever continue to do so. I’ll leave you with a YouTube stream of the entire album. Crank it up loud and bang your head! \m/