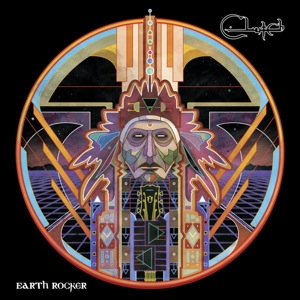 Longstanding Maryland-based rockers Clutch are ready to release their tenth studio album ‘Earth Rocker’ on March 19th via Weathermaker Music. This one has taken a long time coming, with the previous album ‘Strange Cousins From The West’ dating back to early 2009. Being a band that has experimented and progressed through varying styles of heavy music, a new album by Clutch is always an interesting prospect, and raises curiosity about the kind of musical direction they’re going with. This time though, it’s extremely difficult to even categorize the record into a specific sub-genre, and it’s a wholesome, rock n’ roll record in every sense.

The album begins with the title track, which you must have already heard by now. Besides the straight-up, in-your-face hard rock which forms a grip on your mind straightaway, frontman Neil Fallon’s lyrics are just awesome, as you can see in the lyric video embedded below. As a rock fan I could very much relate to the lyrics, and Fallon’s signature vocal delivery heightens the impact of the words even further. I was given a lyric sheet for the entire album along with the advance streaming link, and I have to say, Neil Fallon has done a fantastic job penning these fun-filled yet powerful lyrics. And what’s more, they fit the music to the T.

As for the music, the album does not disappoint me one bit, and I’m sure all Clutch fans would wholeheartedly agree with me when they get to listen to all eleven songs. The band has managed to capture all the desirable elements from what they presented on past albums. After the very aptly titled ‘Earth Rocker’ track, we move to an equally rocking song ‘Crucial Velocity’ which manages to build on what the opening track offers and expand the guitar work, vocals as well as the rhythm section, leading to an even higher level of satisfaction for the listener’s ear. Having said that, the next track ‘Mr. Freedom’ is just as good, and so is the track after that, and so on. If I start analyzing and describing each song on this album, I might run out of words, so let’s just say this album rules from start to finish.

I already mentioned how great Neil Fallon is on the album, but besides, guitarist Tim Sult has come up trumps with his work here in terms of the tone as well as the actual riffs, solos and arrangements. Jean-Paul Gaster also provides some tasteful drum fills and drives the tempo, while bassist Dan Maines gives the album a clean, crisp and heavy low-end. The production and mixing is pretty much perfect, and the album sounds as good as any heavy rock/metal album I’ve heard in recent times. 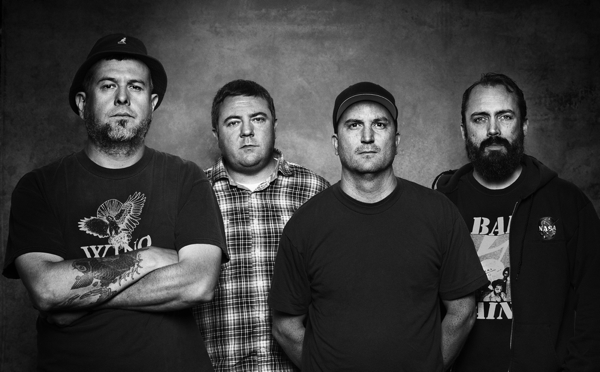 Besides the traditional rock elements, some additional instrumentation and percussion brings about a change in vibe in a couple of the songs, which is something Clutch have been known for over the past releases as well. This gives a very notable Southern touch to those few songs, and I expected that because I can’t imagine a Clutch album without at least one or two such songs. But other than that, this is as straightforward heavy rock ‘n roll as Clutch has ever been, and that’s the best quality of this album. This time they’re not leaving room for any categorization or pigeonholing into sub-genres that might have negative connotations for people who’re not familiar with the band but are still interested in checking out the music.

I’d love to point out my favorite moments from the album, but the truth is, I simply can’t. I’m a guy who likes to listen to entire albums, and Clutch’s ‘Earth Rocker’ fulfills my needs most excellently, with one enjoyable tune after another. The album retains what Clutch has been known for in terms of the musical elements, but they’ve come out with a more rocking album this time around. They’ve not introduced anything new and haven’t reinvented the wheel, but quite simply, they’ve showcased their ability to write great rock songs, and that’s this record’s biggest strength.

If you’re already a Clutch fan, don’t waste any more time and order this album right now. On the other hand, if you like heavy music and happen to be unfamiliar with Clutch, this is as great a time to become a Clutch fan as any, because on ‘Earth Rocker’, Clutch have turned every aspect of their musicianship up to 11.