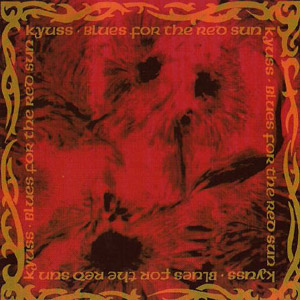 For many heavy metal bands, the nineties was a time of crisis and despair. For stoner and sludge metal though, this was the golden age of the down-tuned riff, and some of the greatest and most pioneering music in the style was born. One of the greatest stoner metal bands of the nineties, Kyuss, released their second album, “Blues for the Red Sun,” on June 30, 1992 and it remains one of the genre’s crowning achievements. More than most other stoner metal albums, “Blues for the Red Sun” truly paints a vivid picture in the listener’s mind for its whole duration. It’s impossible not to imagine a scorching desert wasteland when listening to this album, and the washed out dark red and gold colors on the cover art only help to create that feeling of searing heat. Now twenty years old, “Blues for the Red Sun” continues to be a standard for stoner metal bands to attempt to live up to.

The opening one-two punch of “Thumb” and “Green Machine” is a lethal assault on the senses that is as potent as stoner metal gets. Simply put, if this opening salvo doesn’t floor you, there’s a pretty good chance that you just don’t like this style of music. Josh Homme’s thick, smoldering guitar tone was something truly unique, and gave the music a fluid feel that only added to the album’s atmosphere. Nick Oliveri’s fat bass sounds perfectly complemented Josh’s guitar, and Brant Bjork’s never ending washes of cymbals was a key ingredient in this full, in your face sound that Kyuss employed. Producer Chris Goss, also known as the main man behind Masters of Reality, provided the band with a huge, bottom heavy sound that made every instrument sound downright gargantuan. That’s not to say that the band were turned to eleven all the time though. Tracks like “Thong Song” see the band using quiet-loud dynamics borrowed from the Seattle grunge bands. The dynamics only helped to accentuate the sheer power of the band when they were let loose; just try to not be crushed by their heaviness when the full band kicks in on “Thumb.”


John Garcia’s vocals were anything but subtle. Every note that he sings on “Blues for the Red Sun” is done with absolute conviction and authority. When he belts out “I am drinking! I am rolling!” on “50 Million Year Trip ” you can easily imagine a young wild-eyed John drunk and ready to do damage unto something. The entire band was amazingly young at the time, Josh and Brant were both 19, while Nick was 20 and John was 21. The fact that kids barely out of high school created an album as righteously heavy as “Blues for the Red Sun” is a remarkable achievement in and of itself. The songs of course, were stellar on top of that. The aforementioned “50 Million Year Trip (Downside Up)” is a stunning piece of work, with an intro that positively grooves and main verse that will have your head banging in no time. “Allen’s Wrench” also features a punk-like tempo and shows that Kyuss weren’t firmly obsessed with Iommian riffing. The more alternative rock influenced “Writhe” on the other hand, was downright laid back by the rest of the album’s standards and hinted at the more varied direction Kyuss would take on “Welcome to Sky Valley.”

About a third of the tracks on “Blues for the Red Sun” are short instrumental interludes. These interludes aren’t simply random bits of music, they follow the progression of the album and work extremely well at maintaining the vibe and sound of the record as one listens to it. For example, the riff heavy track “Molten Universe” follows “Green Machine,” whereas the acoustic piece “Capsized” comes right after “Writhe.” One will probably never listen to these songs on their own, but they really do help make the album an far more engaging listen. The main tracks on “Blues for the Red Sun” are consistently stellar though, and they belong in any heavy music fan’s library. 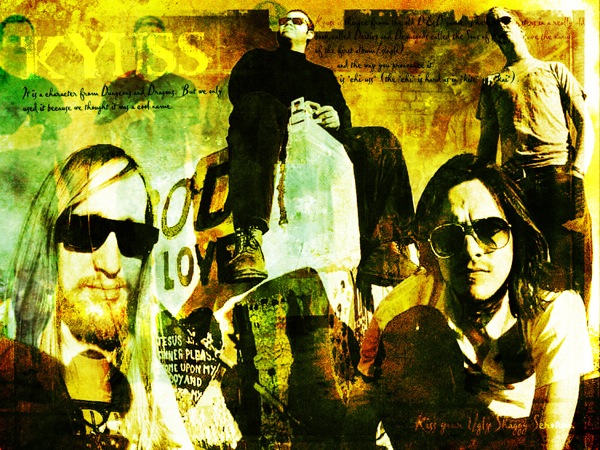 [ Note: If you’re seeing the facebook & twitter share counts as ‘0’ below, it’s due to a glitch in the ShareThis plugin. The actual number of shares is a lot higher than zero! ]