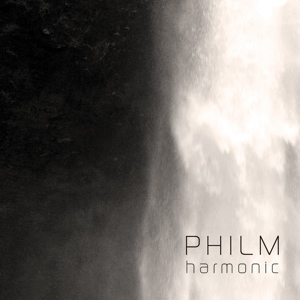 Philm is an LA-based trio consisting of Slayer drummer Dave Lombardo, along with Gerry Nestler on guitar & vocals, and Pancho Tomaselli on the bass. The band started out in early 2010, playing some powerfully intimate shows at small venues like the Troubadour, the Roxy, the Whisky, and I consider myself rather fortunate to have lived in LA during that time, witnessing the rise of Philm. The band didn’t put out any recorded material, and developed their cult following the old-school way, putting a 100 per cent into their live performances and garnering support through word-of-mouth. Subsequently, they did a mini-tour of the US supporting Rob Halford’s solo band in late 2010, and since then they’ve worked around Slayer’s touring schedule to write and record material for their debut full-length, while still playing one-off Hollywood gigs. The long-awaited album is titled “Harmonic”, and is now ready to hit the stores. Even before listening to the album, I knew one thing. If the album succeeds in capturing the vibe of a Philm show, it’s going to sound absolutely killer. And I can safely say, it really does.

In fact, the album recreates the Philm vibe so perfectly that it sounds almost like an extended Philm set rather than a studio recording. It starts off exactly like a Philm show, with the violent, chaotic and intense opening tune “Vitriolize”. From then on, the album flows beautifully from one song into another, engulfing the listener into it completely. I can go on describing the music on a track-by-track basis, but I’m pretty sure I’d still fall short of doing justice to the album, because of the ferocity this music possesses, and also due to the fact that it’s extremely hard to describe Philm’s music. It’s perhaps best to experience it first-hand by listening to this album.

That being said, I do think each and every song on here has something memorable about it, something that remains stuck in your head long after you’ve finished listening to the album. There is no ‘leader’ or ‘frontman’ here as such. All three members have made equal contributions to the music, and as a result, combine to create a very cohesive sound, putting forth the unmistakable chemistry and harmony that makes this trio so unique. Gerry Nestler transfers unbridled passion into his vocals and guitar, backed up very ably by Pancho and his thunderous bass, and of course, Lombardo’s insane drumming. And by ‘insane’, I don’t mean the 220 BPM Reign In Blood type of insanity, but that of a different kind. The versatility and musical genius of the man is showcased in abundance here, as he locks in with his band mates brilliantly with some highly enjoyable drum fills. 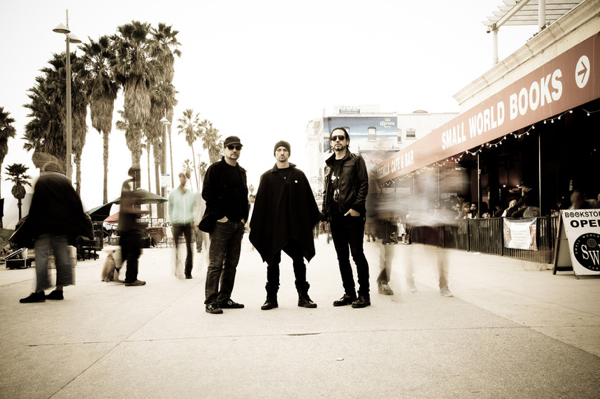 Just like the start, the album also ends the same way a Philm show does, with “Meditation”. It’s always been my favorite live tune, and I really do think they save the best for last by putting this one at the bottom of their set list. The effect is the same on the album as well, and the incredible musicianship on the tune literally forces you to go back to track #1 and listen to the album all over again.

In essence, Philm’s debut is a no-frills 60-minute musical composition wherein everything is just genuine, pure and simple. The word ‘metal’ is a label I wouldn’t put on this album, as it’s not metal in the conventional sense. “Post-metal” is another term I’d refrain from using, not only because I hate the term, but for the simple reason Philm’s music doesn’t warrant that tag. “Pure power” is what I’d best describe it as, and in the end that’s what you experience while listening to these tunes.

2012 has given us some truly amazing music thus far, with the likes of Accept, Overkill, 3 Inches Of Blood, Orange Goblin and a few others coming out with killer new albums. But it was more or less expected from those bands, and it wasn’t a massive surprise that they put out great music yet again. Philm’s “Harmonic”, on the other hand, will turn out to be the biggest surprise of the year. This breathtaking set of tunes is the best debut album I’ve heard in a long, long time. Raw, violent and sinister, but at the same time smooth and delightful, Philm’s “Harmonic” is one for the ages.