To be completely honest, I was very surprised when I first read the press release about Steve Harris, the bassist, founder and primary songwriter of a certain band called Iron Maiden, having a solo side project. I didn’t think he would need a separate creative avenue to write music outside of Iron Maiden, but clearly I was wrong. Nonetheless, I was extremely curious to find out what the debut album “British Lion” sounds like. From the July 18 press release to today, September 20, it was a long and eager wait for me, and surely for all Iron Maiden fans, but I’m afraid to say that there is absolutely nothing great about this album, and it definitely isn’t worth the wait.

If you’ve ever noticed the trend of album reviews posted on this website, my reviews have been generally positive, and that’s not because I like everything I listen to, but because I don’t believe in reviewing bad albums. For me, writing an album review is a time-taking process wherein I give quite a few thorough listens to the album, and then write about it carefully. I enjoy this process, but then again, even though I listen to everything, I wouldn’t waste time writing about a bad album, specially considering the state of the music industry. It’s bad enough that people don’t really buy albums recommended to them, and in my opinion we don’t need reviewers telling people to not buy something. I only make an exception to this rule when an album such as this comes along, an album that takes the die-hard fan for granted, and an album that nobody should be paying for. I need to express my thoughts on such albums. Unfortunately, Steve Harris’ “British Lion” falls in this category. 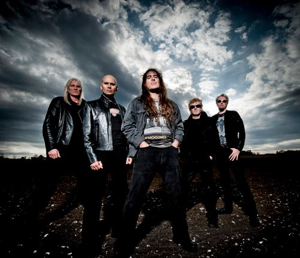 Where do I start? Yes, I know exactly what Steve Harris fanboys would say. ‘This is not an Iron Maiden album, and you can’t expect it to sound like Iron Maiden!’ Well, you know what, I never expected it to sound like Maiden, but I was hoping for good music, no matter what it sounds like. When the entire album was posted online earlier today, I clicked on the first track “This Is My God” with great anticipation, but alas, it turned out to be a damp squib. Some of the most generic guitar riffs, overuse of the wah pedal, lifeless rhythm section and terrible vocals all packed into this 5-minute song. I was terribly disappointed but still listened to the rest of the album in the hope that it would have something better on it, but not to be.

Honestly though, the music on some of the tunes is not all bad despite being extremely generic, but the vocals completely ruin it. The worst thing about the album is definitely the vocals. The voice and singing style is just so depressingly weak that the talents of the other four band members seem wasted, and that’s saying something because one of those four is Steve Harris, arguably the best bassist in heavy metal. There is no escaping this vocalist, because there are very instrumental passages of notable duration in the album, and everything seems to be structured as radio-friendly rock. Musically, “The Chosen Ones” is the best track on the album, and “Us Against The World” is half-decent, but once again the vocals spoil both tunes. The other tunes are mostly full of super soft radio-rock drivel, and the ballad titled “The Lesson” at the end is atrocious, to put it mildly.

Sometimes musicians make decisions in their careers and compose music that makes you wonder what they were thinking. This is one such moment. I really don’t know what section of the music listening world this album is going to appeal to. May be to teenage girls or to the radio crowd to an extent, but not to fans of heavy metal. From what I’ve read, these songs were written by the group altogether and not merely by Steve Harris, so the entirety of the blame shouldn’t go to him. Liking or disliking a set of tunes is a matter of opinion, and there might well be people out there that like the album, so I’m not terribly upset about the music on the album itself. But what angers me is Steve Harris’ approach leading up to this album’s street date. 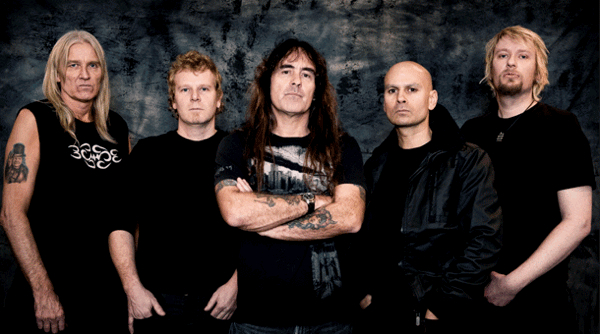 A glowing press release was issued on July 18, and the next step was the pre-order on August 7th. Where was the sample then? The only thing I would infer from that is, Steve Harris and company expected all of the Iron Maiden fanboys to pre-order the album without even listening to a single note of it. If it was an honest, straight-from-the-heart composition, they would have put up a sample and let people decide whether to buy it or not. But guess what, they made this into a cash cow, and when they made enough of a profit, they started streaming it online for free, i.e. today. During this period, they weren’t even open to any review requests, and sent the album only to their friends, i.e. Kerrang, Metal Hammer and Classic Rock. I guess they must have known that the honest reviewers would give it a bad rating. I’m as big a Maiden fan as anybody out there, but to be honest, ‘British Lion’ and everything surrounding its release makes me lose a bit of respect for Steve Harris.

The only two reasons for me giving this album a 2 out of 10 rating are 1) Steve Harris plays bass on it and at times I can hear it, and 2) I didn’t have to pay to listen to the album. As I said earlier, I listen to every single album that comes out, and I’ve heard some bad ones, but this is the worst album I’ve heard all year. So to conclude, if you haven’t already pre-ordered the album, please don’t.

Track Listing:
1.This Is My God
2.Lost Worlds
3.Karma Killer
4.Us Against The World
5.The Chosen Ones
6.A World Without Heaven
7.Judas
8.Eyes Of The Young
9.These Are The Hands
10.The Lesson